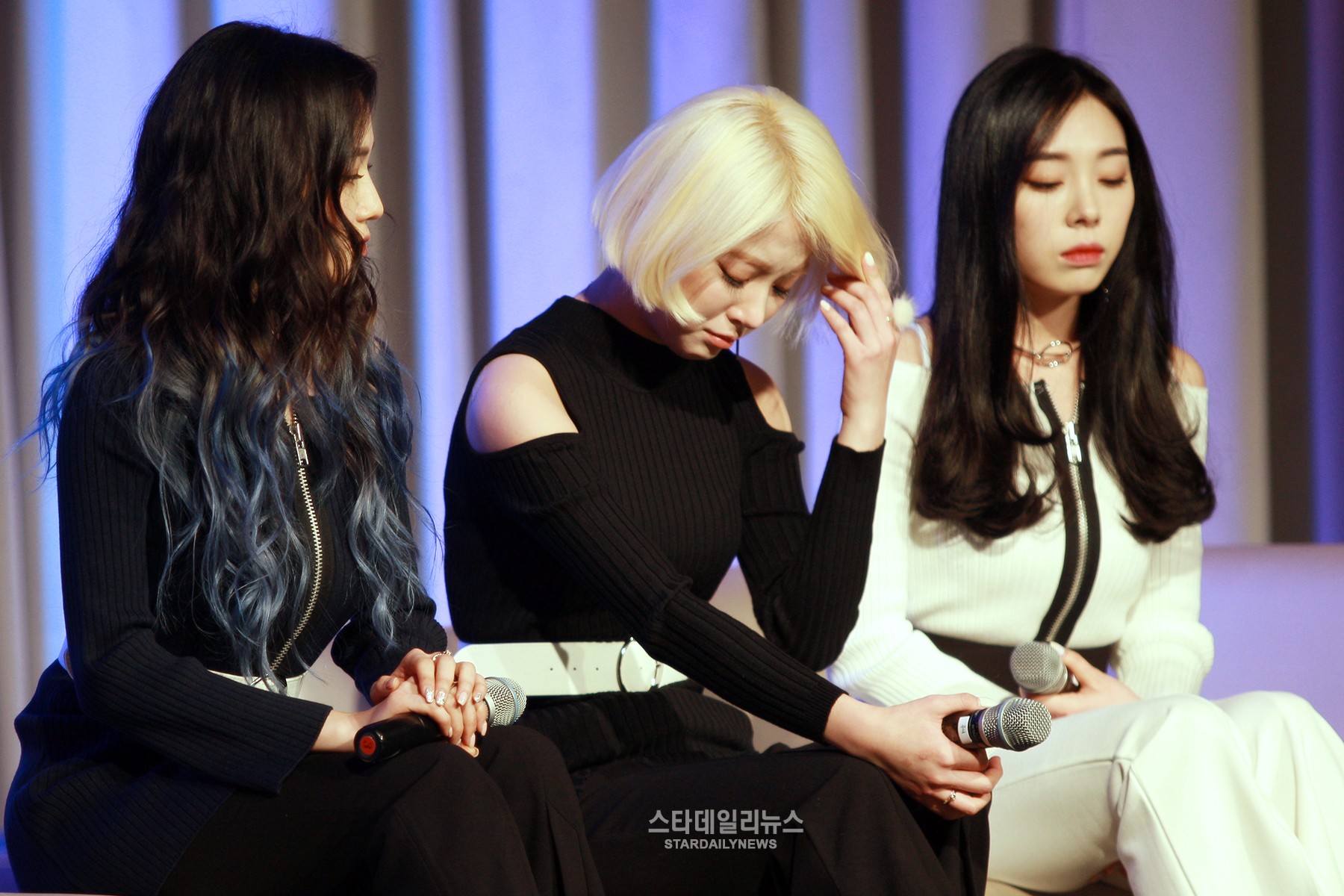 At the press conference for their first comeback as three, the girls of Ladies’ Code shed tears for the members who passed away.

The press conference was held at the Riverside Hotel in the Seocho-gu district of Seoul on February 24. The MC mentioned that there were rumors that Ladies’ Code would disband or add an additional two members. To this, leader Ashley responded, “We worried about it a lot. At first, we just couldn’t think at all. It was difficult to accept the fact that the two of them were gone, and it was difficult to make the decision of whether or not to stand on stage again.”

She continued, “We gained a lot of strength from those around us who were encouraging us and cheering us on, and from the fans who believed in us and waited for us.” 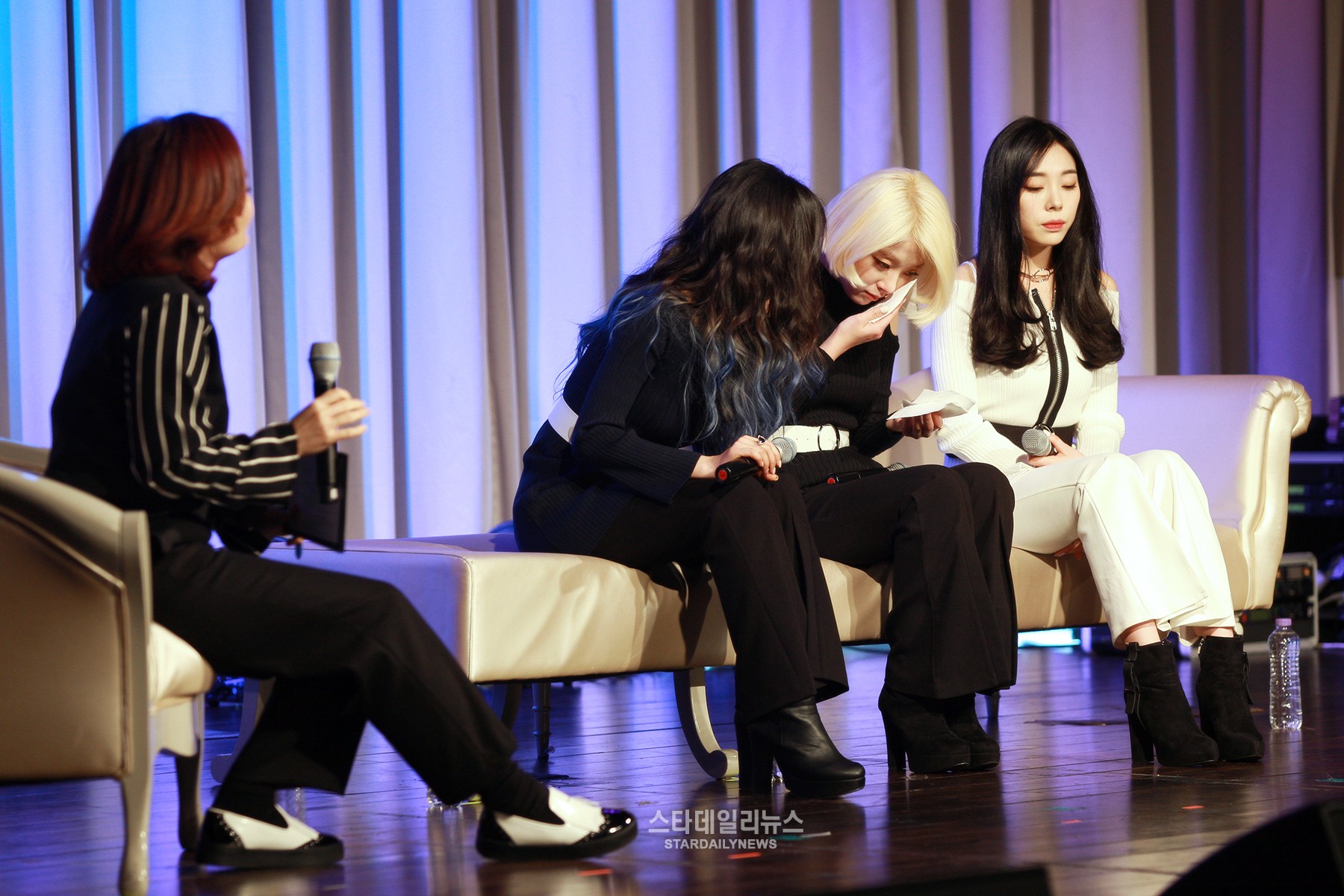 Youngest member Zuny shed tears when asked why they chose not to add members, saying, “We’re going to work hard [as three].”

The members were then asked to share any words they’d like to say to EunB and RiSe. The girls said, “I’d say, ‘We finally came back. We’re going to work our hardest so that anyone can see how loved we are, so please watch over us,’” and, “I’d tell them I love them and miss them dearly.”

Ashley wrapped up, saying, “We feel that we’re able to succeed because EunB and RiSe are watching over us from heaven. I hope that everyone will remember them forever.”

Ladies’ Code made their first official comeback with their single album “Myst3ry” and title track “Galaxy” on February 24.