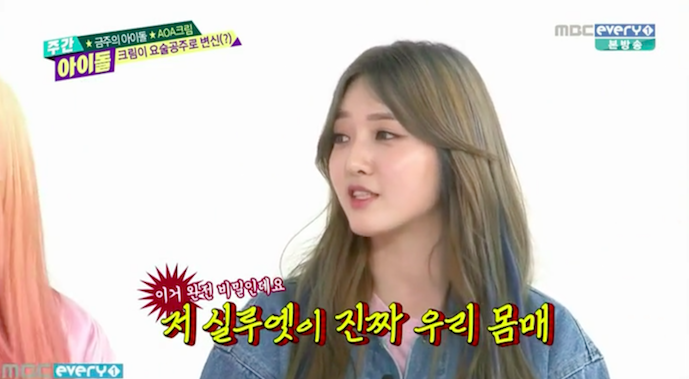 AOA’s new subunit AOA Cream guests on this week’s episode of “Weekly Idol,” and the members get the chance to talk about the music video for their debut hit “I’m Jelly Baby.”

While on the show, they get a call from a fan asking them to reenact the part of the song’s music video where they transform into “magic princesses.” The hosts and members laugh as they watch a clip of their transformation scene, and Chanmi yells, “We’re sorry!” 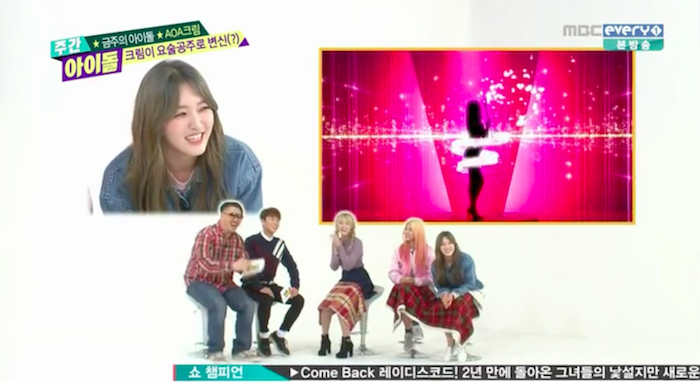 “I have something to say!” announces Chanmi after the clip ends. “Choa told me to definitely say this on the show.”

“Those silhouettes they used during the transformation are really our bodies!” she says. “There are a lot of people who think they were done through CGI.”

Host Defconn replies, “It looked like that to me.”

Chanmi looks a bit embarrassed and says, “Oh, really? Choa told me I had to say it…” as the others laugh. 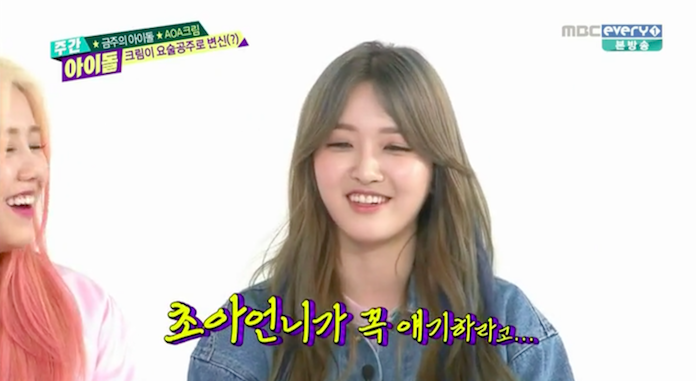 Meanwhile, because co-MC Mina of AOA was ill with the flu on the day of filming, her fellow member Hyejeong stepped in to take her place in February 24’s episode.

AOA
Choa
AOA Cream
Chanmi
How does this article make you feel?