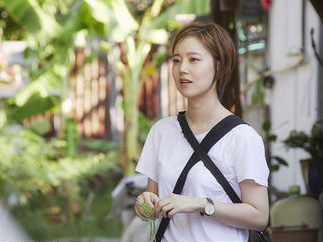 Actress Moon Chae Won is set to make her return to the Korean drama scene in three years, following her lead role in 2013’s “Good Doctor.”

For the MBC mini-series, titled “Goodbye Mr. Black,” the actress chopped off her long locks and will be playing the lead role Kim Swan. In the script, Swan is a tough young woman who goes her own way, but is full of vitality and energy. She is willing to fight if it’s a matter of money, and believes in the motto, “Crying just makes you hungry.” She also has a crush on Lee Jin Wook’s character, Cha Ji Won (Black). 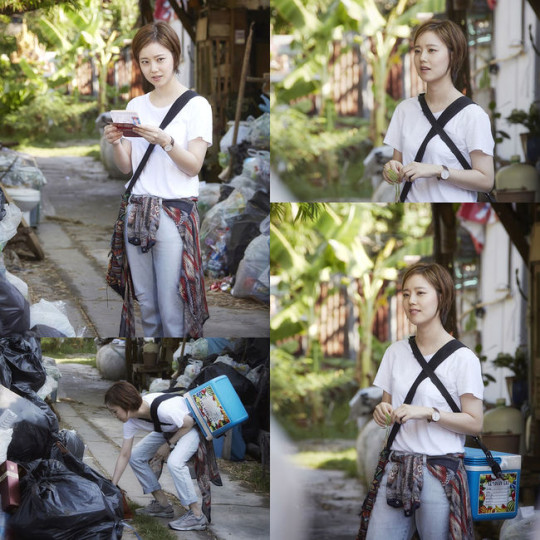 In the stills, Moon Chae Won appears to be searching for something in a garbage dump. In perfect sync with her character, the actress isn’t afraid to dig around in the trash, looking practical and carefree with her boyish haircut, her comfortable t-shirt and jeans, and an icebox strapped to her back.

However, the garbage dump appears to have more significance than it appears. When Swan was young, she was abandoned in a garbage dump in Thailand. The actress went to Thailand for her first filming in January.

“Moon Chae Won has grown fond of her character after trying many things for the first time, including cutting her hair,” a representative from the drama said. “Please anticipate Swan’s unique appeal in the upcoming broadcasts.”

With a stellar cast that also includes Kim Kang Woo, Song Jae Rim, and Yoo In Young, the first episode has been set to air on March 16.

Moon Chae Won
Goodbye Mr. Black
How does this article make you feel?