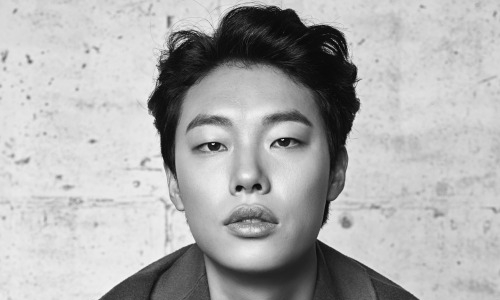 On February 25, he left a long Facebook message, starting off with, “I called Ryu Jun Yeol last night.”

“Though it has been written in articles, coincidently he said he received an Ilbe sign up verification email right before my call, so we talked about that for a while,” he wrote. “We scoffed at it, but I was also chilled at the fact.”

“We joked we should film ‘Socialphobia 2.’ This time, it would be about Yang Gae (Ryu Jun Yeol) being framed like Yong Min (Lee Joo Seung). Unlike real life, the plot-line would give him a harder time because he doesn’t have a friend like Ji Woong (Byun Yo Han). I claimed I would be able to do even better at filming the movie,” he said.

However, he also wrote about how he was uncomfortable of how the movie’s story seemed to come to life and described the Ryu Jun Yeol he knew of.

“Ryu Jun Yeol is far from a person who hates women, looks down on different regions, belittles those who have passed away, or is on the far right on the political spectrum. He’s probably farther away from being like that than I am. Ryu Jun Yeol has solid political views and lives a stable and healthy life. He is kind and good,” he wrote.

“I can speak for him as someone who has worked beside him. Ryu Jun Yeol is not an Ilbe user,” he said. “I believe I’m the original cause of this Ilbe scandal. I started it off by referencing him to a ridiculous BJ. And Ryu Jun Yeol was just too good of an actor. Please stone me [instead].”

He also wrote about the impact of Ilbe scandal.

“I just found out yesterday that tofu is an Ilbe word. The sad reality is that the more Ilbe related words increase, the less freedom we will have to speak in real life because we will be trying to dodge Ilbe vocabulary. We will be censoring ourselves in the end,” he said out of concern.

“We live in a society in which everything spreads too fast. I’m sad to say that the vice subjects always spread faster and thrive longer. Our reality is the definition of socialphobia,” he said.

Previously, Ryu Jun Yeol was accused of being a member of Ilbe, an online community marked as unhealthy because of their hateful comments and disrespectful behavior. However, Ryu Jun Yeol and his managing agency stated this is false information and said they would take legal action against the person who first started the derogatory rumor. Several actors have also stood up for the actor, saying, “He’s not that type of person.”