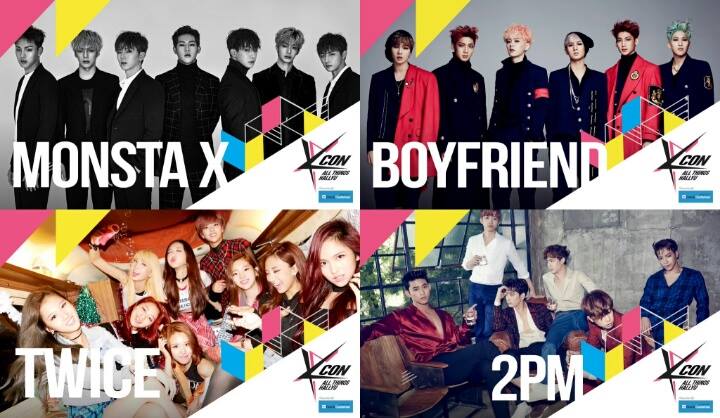 Previously on February 22, MONSTA X, Boyfriend, 2PM, and TWICE were confirmed to be attending the special broadcast of “M!Countdown” that will be held at the convention. Today, INFINITE’s Kim Sunggyu, Lovelyz, and Block B all confirmed that they, too, will be joining the line up.

This isn’t the final list, either – a third round of artists will be announced at a later time. KCON Japan is set to be held in Chiba on April 9 and 10, following the convention’s first-ever event in Abu Dhabi on March 25.

Who do you think will be the next artists announced for KCON Japan?