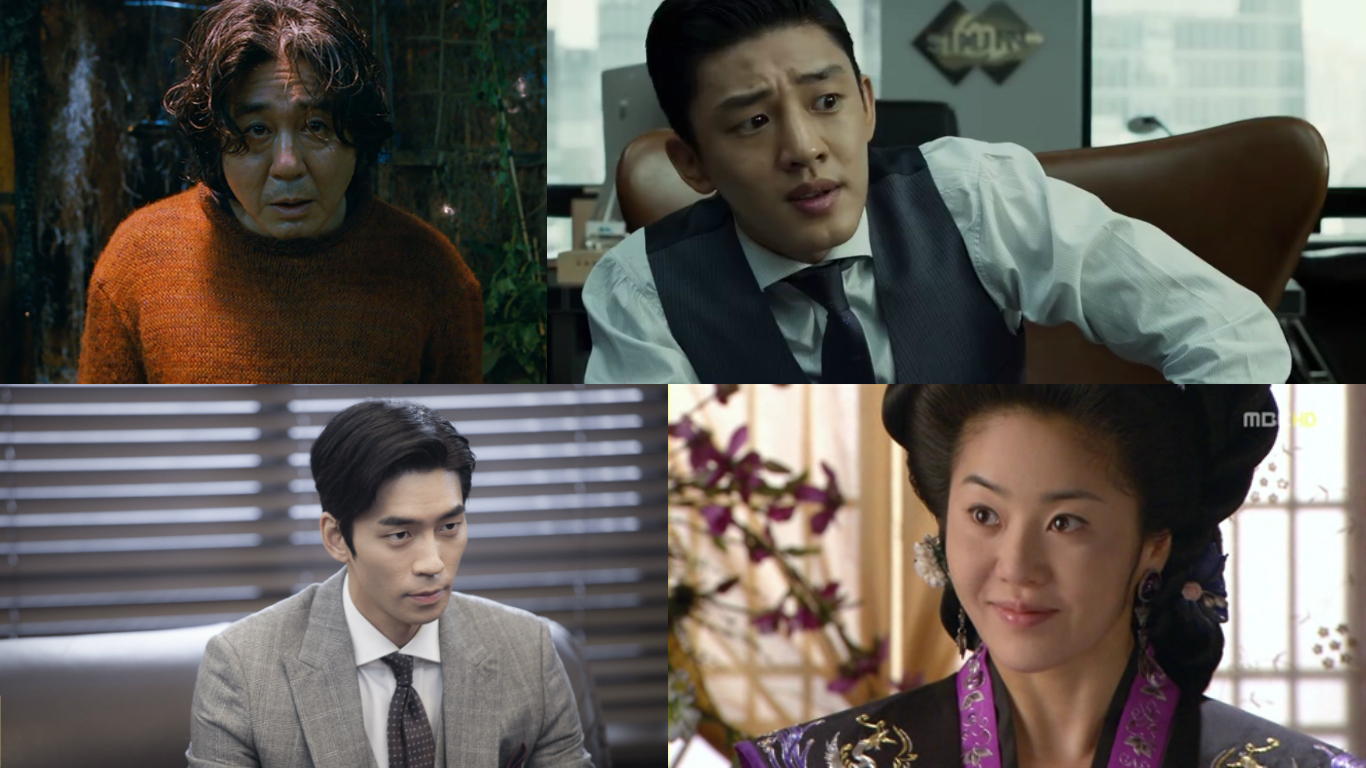 While you can’t help but hate them, often, a fantastic villain makes for a great story. KBS‘s “Entertainment Weekly” recently released its list of the 15 most memorable villains from dramas and films.

The survey was conducted online from January 26 to January 27, and received 1,032 answers from Korean viewers aged 19 years and up. Check out the list below and beware of potential spoilers! 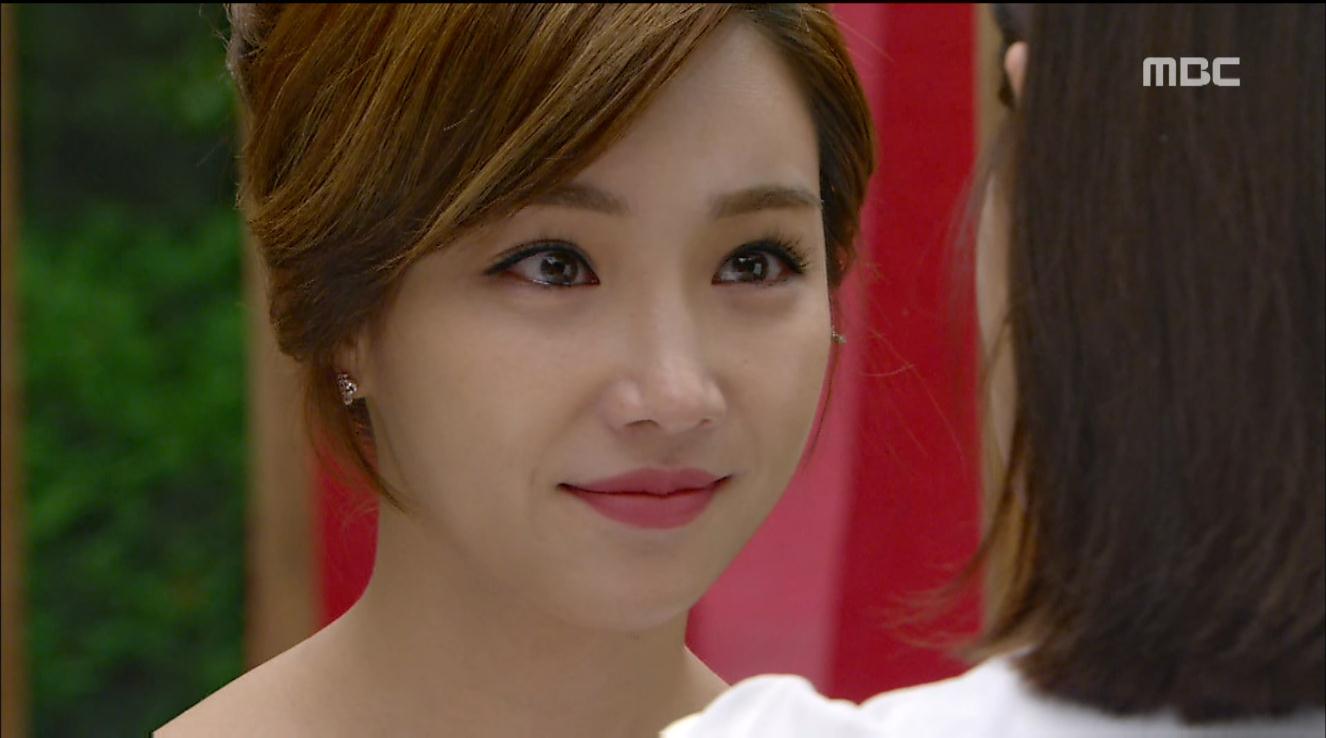 With 32 percent of the votes, Lee Yoo Ri steals the crown for most memorable villain. Cruel enough to throw her mother and daughter away for her own personal gain, this particular character was so memorable that Lee Yoo Ri ended up winning the daesang (grand prize), even though she was a supporting character. She was truly a character who people loved to hate.

2. Jung Woong In as Min Joon Gook from “I Hear Your Voice” 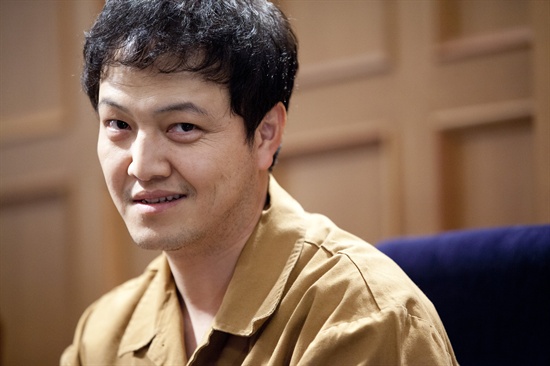 The most terrifying part of Min Joon Gook is his stare. His stare alone scared viewers so much, that in real life, some people ran away from Jung Woong In. His role in “I Hear Your Voice” was so memorable that he made a cameo in “Pinocchio,” as the exact same role. 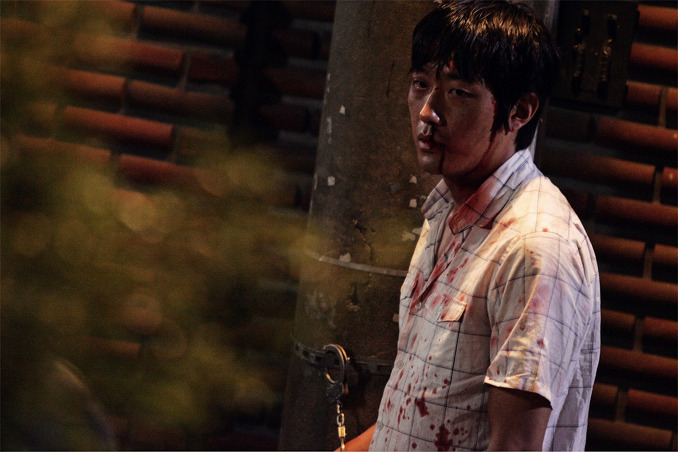 Inspired by a real-life serial killer, Je Young Min’s psychopathic and calm nature is truly what made him terrifying, but memorable. 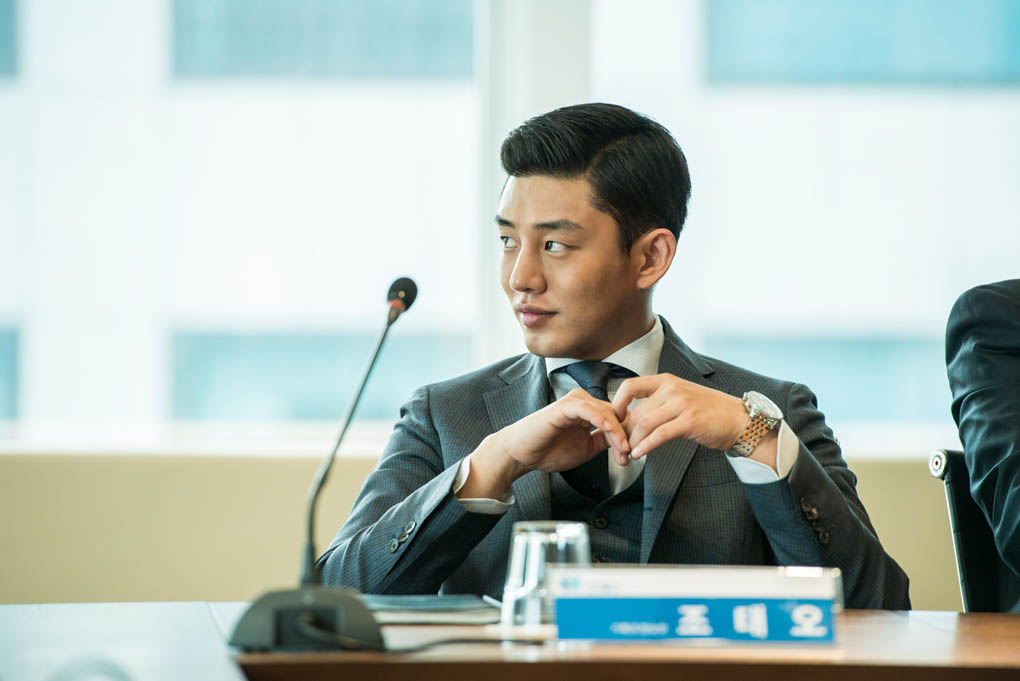 Who could forget the good-looking chaebol from “Veteran?” Corrupted, full of anger, and charismatic, Yoo Ah In’s role as Jo Tae Oh landed him several awards, and is one of many successes Yoo Ah In accomplished in 2015.

5. Jang Gwang as the twins (the headmaster and director of admissions) in “Silenced” 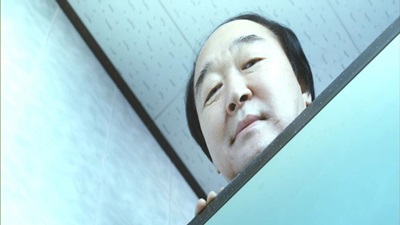 The villains that are based on true stories always seem to be the most terrifying. Jang Gwang’s role as the twins are most memorable for the heinous acts they committed, all under benevolent facades.

6. Choi Min Sik as Jang Kyung Chul in “I Saw the Devil” 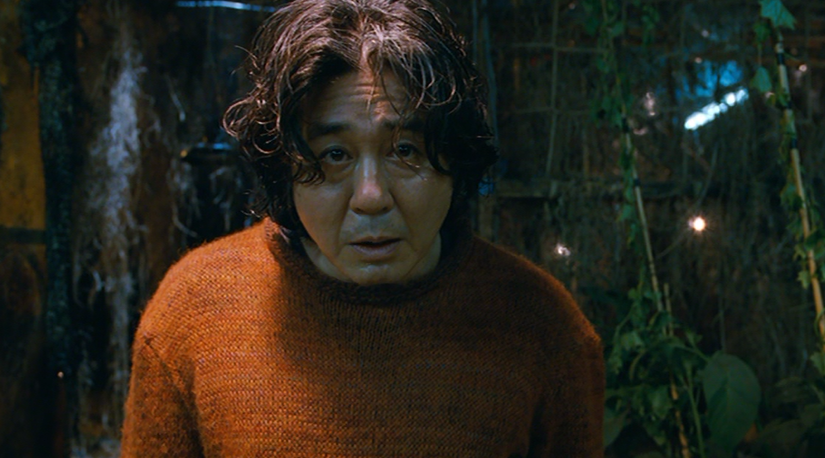 A psychopathic serial killer who, at times, reminds you of the Joker from “Batman.” Behind that normal looking face is a messed-up mind who stops at nothing to get to his target. 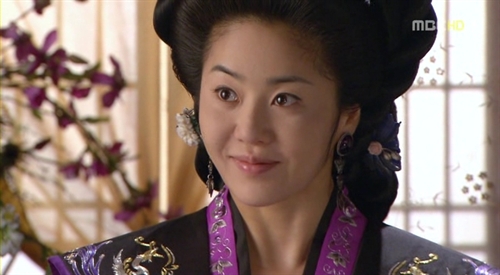 Although she was the antagonist, Mishil was so popular that she basically controlled the ratings for this drama. Cold-blooded, calculating, and power-hungry, Mishil still remains in the memories of many. 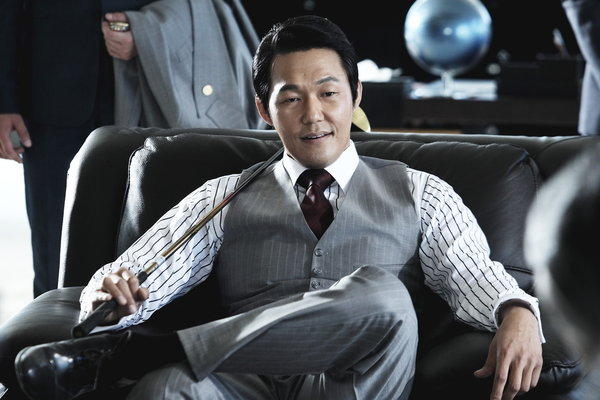 As one of the four leading characters, the charismatic Lee Joong Gu is one of the most memorable gangsters for sure, with his smooth talking and unwavering gaze. 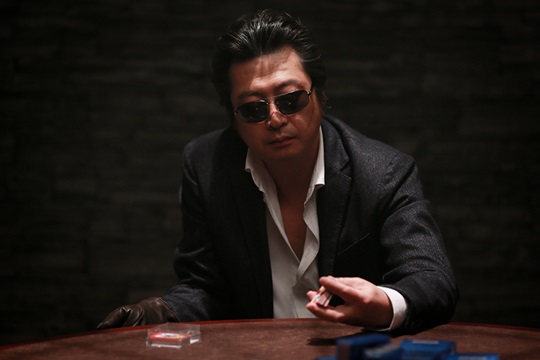 His actual appearance in the film is short, but so memorable that Kim Yoon Suk won an award for Best Supporting Actor that year. Agwi is crazy, simply put, crazy but methodical enough to be memorable.

10. Shin Sung Rok as Lee Jae Kyung in “My Love From the Star” 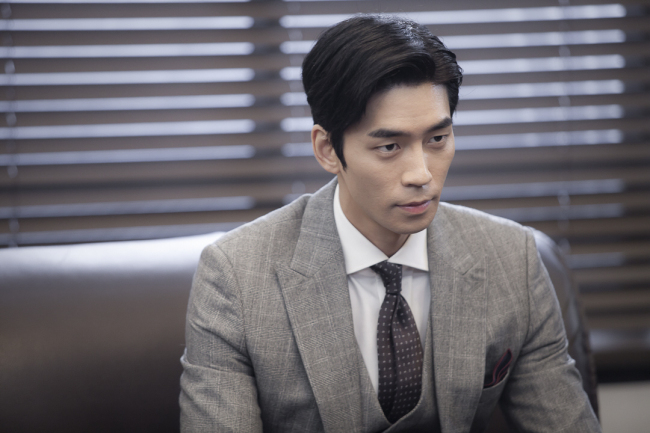 His piercing stare coupled with murderous intent makes for a near perfect villain. Lee Jae Kyung and his ring fidgeting habit won’t be forgotten for a long time. 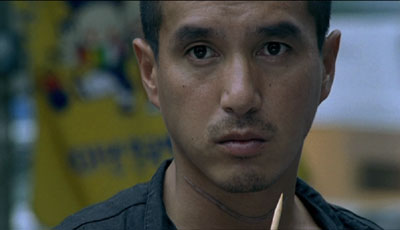 An antagonist is the main character, and he toys with the lives of others as well. Han Ki is memorable not only for his actions, but his somewhat lack of remorse. 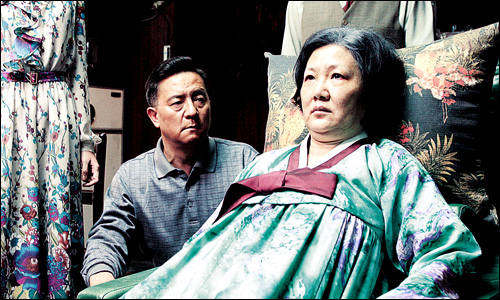 While she plays a mother in many of her roles, Kim Hae Sook as Lady Ra is definitely not a motherly figure. Her slightly unfocused gaze is arguably the reason for her popularity. 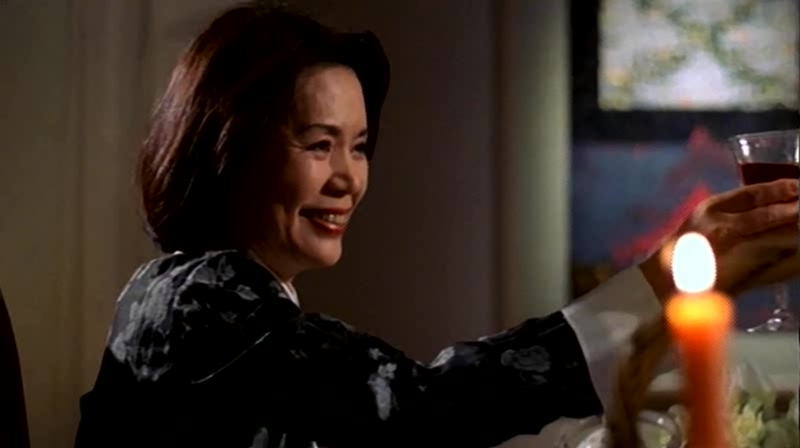 One of the most twisted mother-in-laws to appear on the big screen, Jin Sook still frightens people, even 20 years later. 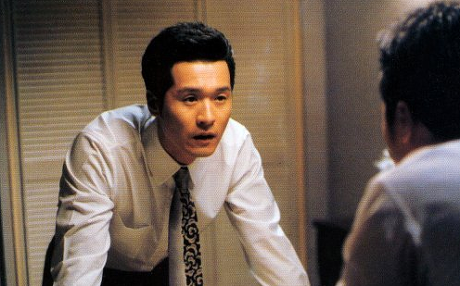 By now, it’s pretty obvious that psychopathic killers tend to be extremely memorable, and Cho Kyu Hwan is no exception.

15. Kim Suh Hyung as Shin Aeri in “Temptation of Wife” 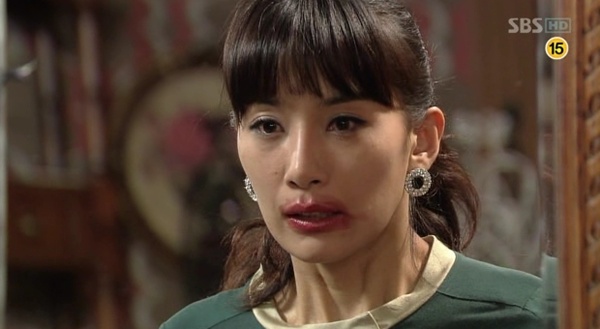 Screaming, fighting, and even knocking people unconscious, Shin Aeri is one of the most chaotic villains on this list, but definitely just as memorable.

Watch clips of these terrifying, yet captivating villains below! English subs are available.

Which villains do you remember the most?