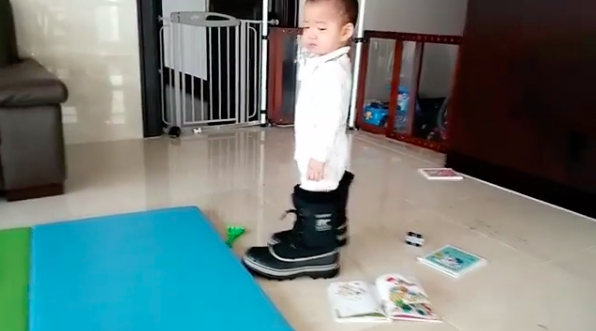 On February 26, Song Il Gook uploaded a video to Instagram of Minguk with his legs in a pair of his dad’s boots, which are much too big for him! Minguk makes a frustrated noise and he seems to try to get out of the boots, but then gives up and stomps around in them.

As his younger brother Manse runs around next to him, Minguk does his best to get around in the giant boots! Hilariously, Song Il Gook can be heard laughing quietly from behind the camera as he films him.

He writes as the caption, “20-month-old Minguk… These shoes are too big for me~.”

Song Il Gook also previously shared a picture of his son Daehan in the boots, smiling happily for his dad. 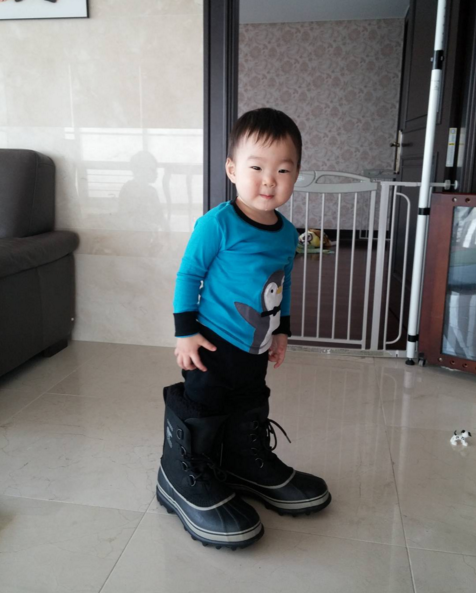 Although Song Il Gook and his beloved triplets recently left “The Return of Superman,” you can still stay up to date with their family by following his Instagram here: @songilkook.

Minguk
Manse
The Return of Superman
Song Il Gook
How does this article make you feel?