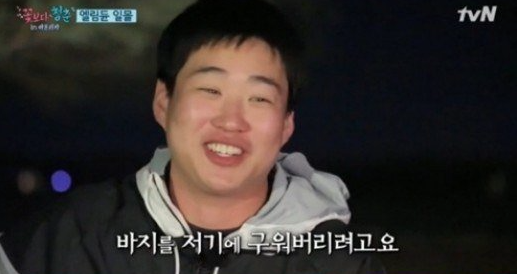 Actor Ahn Jae Hong has ripped his pants trying to take a nice group photo for “Youth Over Flowers.”

On the recent episode of the show on February 26, Ahn Jae Hong made the audience burst out laughing when he accidentally ripped his pants after doing a jump split. Although the photo came out great, Ahn Jae Hong suddenly shouted, “My pants ripped!” 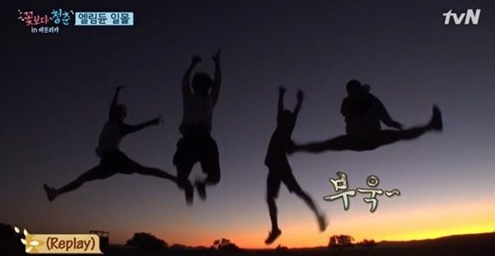 If that wasn’t enough, he did not have a spare pair of pants with him at the moment. Therefore, he had to continue wearing the ripped pants during that day, which became more ripped as time went by. 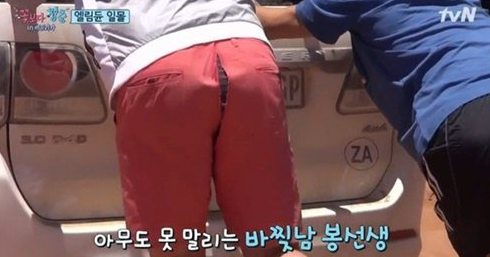 The cameraman continued to tease him by purposefully filming his ripped pants, but Ahn Jae Hong did not let that bother him. He must’ve given up since he had no spare pants, but it was quite charming yet hilarious to see him so calm.

Youth Over Flowers
Ahn Jae Hong
How does this article make you feel?