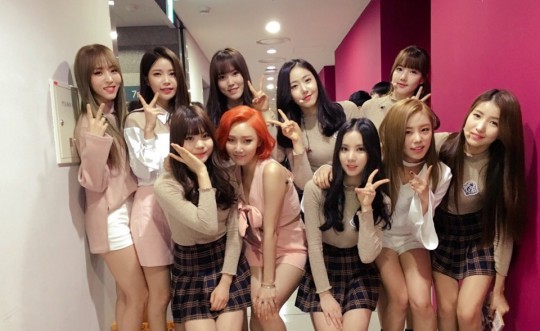 MAMAMOO and GFRIEND Get Close Backstage at “Music Core”

Girl groups MAMAMOO and GFRIEND recently took a photo together, exciting many fans.

Through SNS, MAMAMOO and GFRIEND uploaded the photo on February 27 to show their support for each other. In the photo, you can see all ten members of both groups show off beautiful smiles for the camera as they pose backstage. With MAMAMOO’s feminine style and GFRIEND’s adorable charms, the photo definitely shows why these groups are so popular these days.

Both MAMAMOO and GFRIEND will be showing off great performances for SBS’s “Inkigayo” on February 28. This day marks MAMAMOO’s comeback stage for their new title song, “You’re the Best.” GFRIEND will be competing to get their 15th win with their latest release, “Rough.”

Edit: A previous version of this article incorrectly indicated that the photo was taken backstage at “Inkigayo.”

MAMAMOO
GFRIEND
Inkigayo
How does this article make you feel?