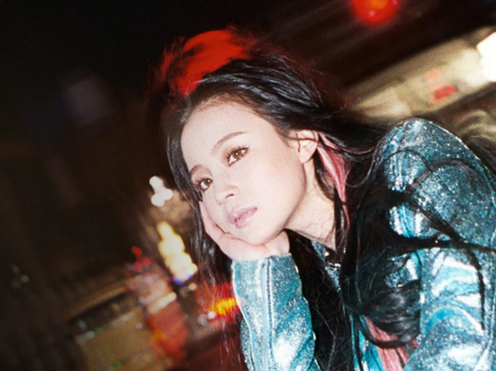 YG Entertainment has revealed Lee Hi’s half album tracklist. Which songs are you most excited for? 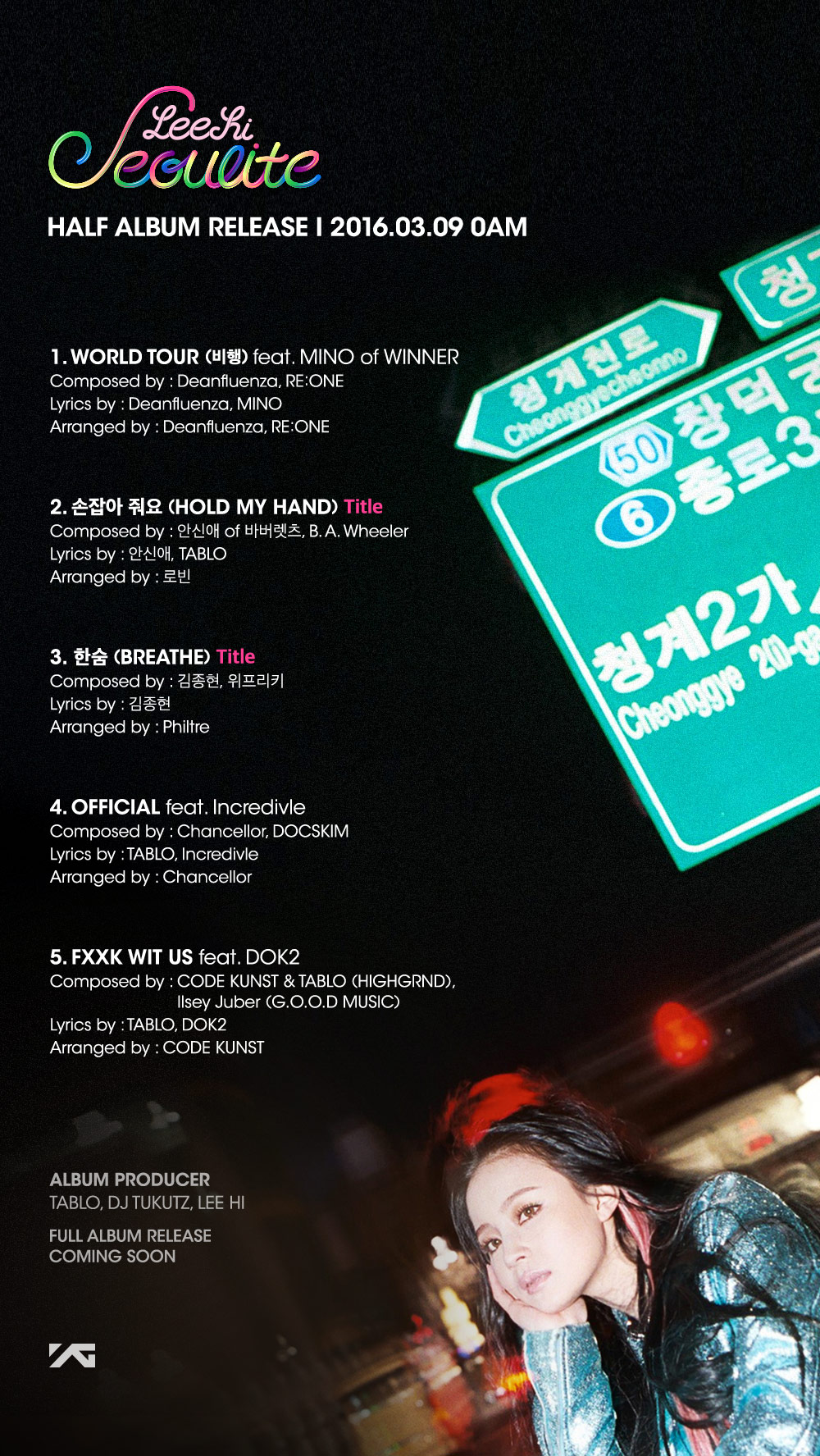 Lee Hi has revealed a video teaser for “Hold My Hand” from her upcoming comeback album “Seoulite.” Check it out below!

Lee Hi has revealed her first video teaser for her comeback track “Breathe.” Check it out below!

Lee Hi reveals through a new teaser image that the title track for her upcoming half-album, “Seoulite,” is “Breathe.” In the black and white image, Lee Hi’s is featured with her eyes closed, as if listening to the sound of her breath. 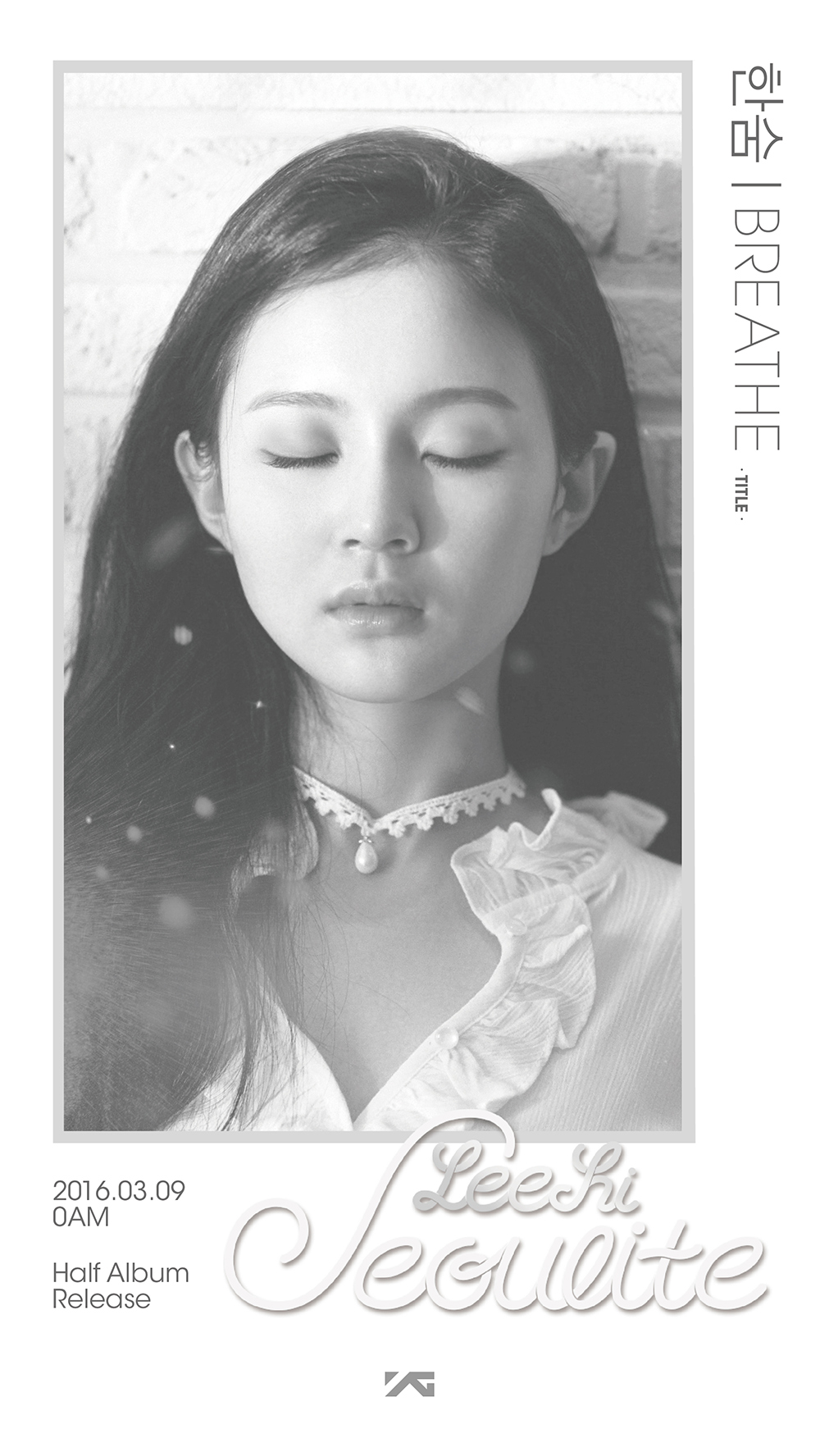 On February 28, YG Entertainment released a new teaser for Lee Hi’s comeback, to be titled “Seoulite.” This will be the young singer’s first comeback in three years. 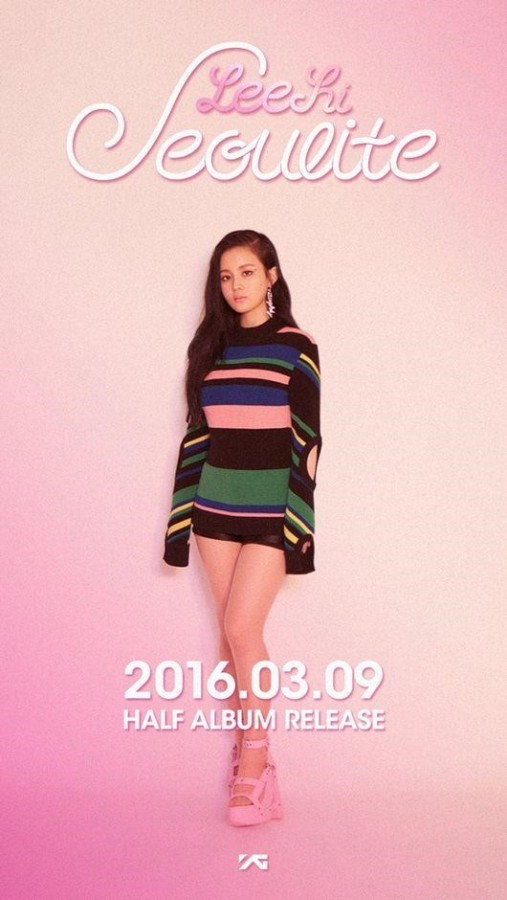 As much as it is a long-awaited comeback, fans will have to wait a bit longer for the full package, as, in similar fashion to iKON’s half album releases late last year, Lee Hi will also be kicking off her comeback with a half album release.

With Lee Hi’s recent vocal tease through a cover for WINNER, support from the “K-Pop Star” judges, and Tablo’s proclamation that “Lee Hi’s new album is shocking,” anticipation for the powerful vocalist’s return on March 9 is as high as ever.