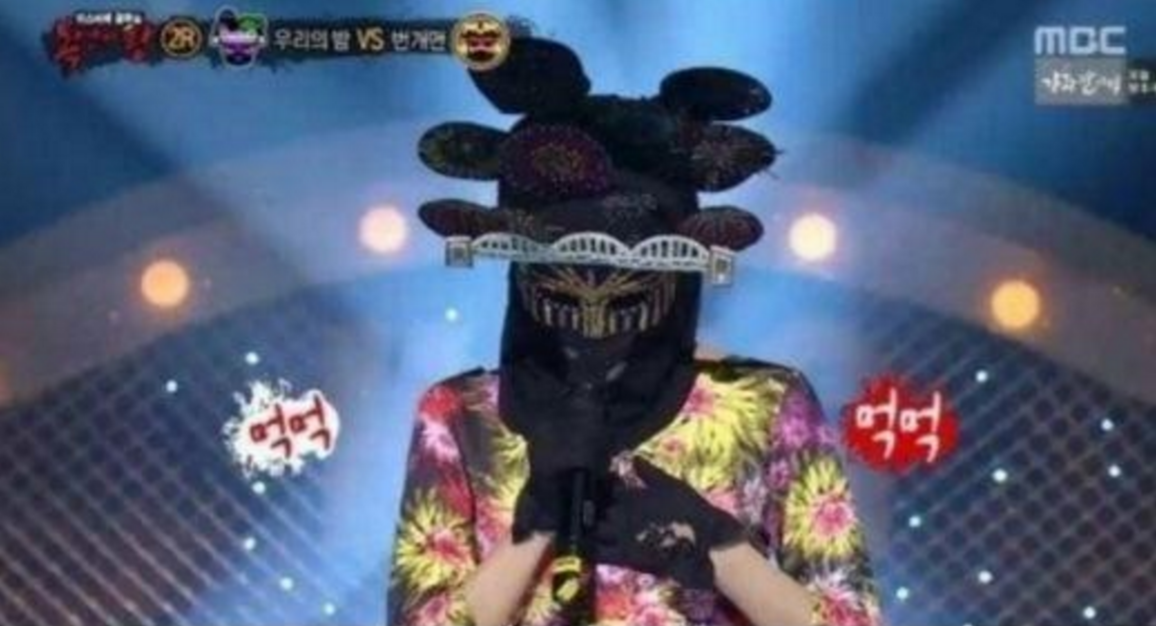 On the February 28 episode of “King of Mask Singer,” a singer named Our Night Is More Beautiful Than Your Day (henceforth Our Night) went head-to-head with a singer named Lightning Man.

Our Night sang Gummy’s “If You Come Back,” while Lightning Man sang Buhwal’s “The Story of Rain and You.”

In the end, Lightning Man garnered more votes from the audience, moving on to the next round, while Our Night sang her third song, during which she removed her mask and revealed her identity. 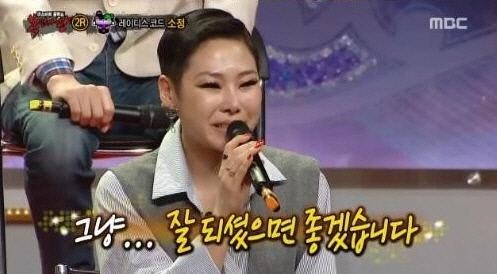 The singer was revealed to be none other than Ladies’ Code’s Sojung, to the shock of the panel members and audience.

Panel member Cheetah said, “I think the pain and the ordeal you went through made you stronger. When I was singing about personal experiences on stage, I cried a lot, but you didn’t do that. And the fact that the panel thought you to be in your forties or fifties just shows how much your singing got to us.” She continued, saying, “Please continue to sing great songs,” and praised Sojung, spilling tears. 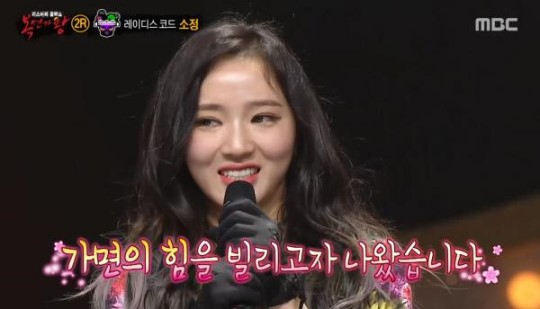 Sojung said, “A lot of people have been worried for us, and no matter what we did, people would look at us with pity. I thought it seemed like it wasn’t my music or my voice that was being heard, but something else. And since ‘King of Mask Singer’ is a place where we can be heard for our voices alone… I wanted to borrow the strength that a mask would give me,” explaining her reason for appearing on the show.

Later, in an interview off stage, she said, “I don’t want fans to be sad when they hear me sing. I just wanted to tell everyone that. And thank you so much for waiting for us. We’ll do our best.” Sojung then left a short message for the departed EunB and RiSe: “Unnis, we’re really going to do our best, so we’d like it if you’d watch how we do and cheer us on. I love you.” 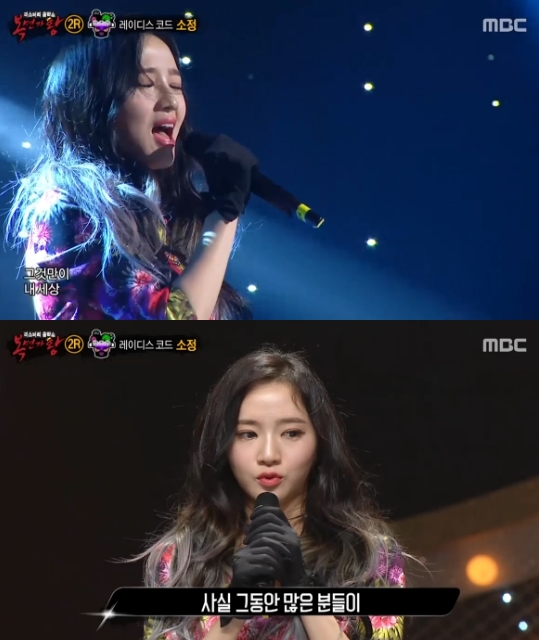 Ladies' Code
Sojung
The King of Mask Singer
How does this article make you feel?