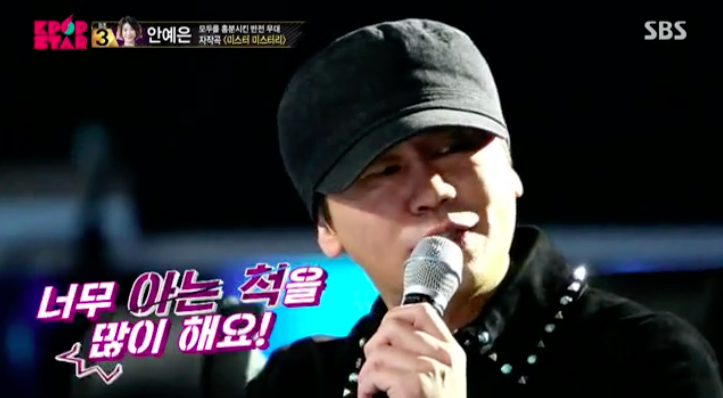 On the episode of SBS’s “K-Pop Star 5” that aired on February 28, the performances that will determine who makes the top eight are revealed.

Ahn Yae Eun performs her own song “Mr. Mystery” and wows the judges.

“You play with the notes and rhythm,” Park Jin Young says. “It’s like I’ve just watched a great art piece.”

“Ahn Yae Eun is special,” Yoo Hee Yeol says. “I liked this the most out of all the performances.”

As Park Jin Young and Yoo Hee Yeol bring up other foreign artists while giving their comments, Yang Hyun Suk butts in and says, “I’m a judge, and even I find both of your comments too hard. You act like know-it-alls.” 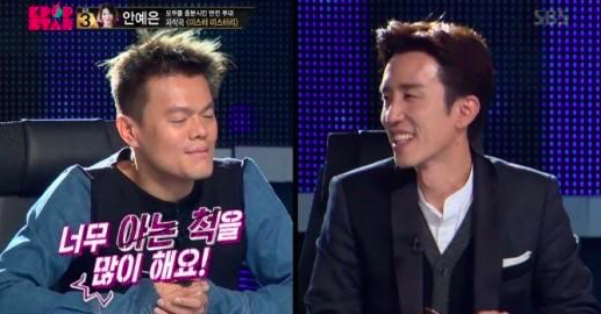 He then comments on Ahn Yae Eun’s stage, saying, “I listened to a song, but a movie went through my head. With a three-minute song, you moved my heart like a two-hour movie would. You are a skilled musician.” 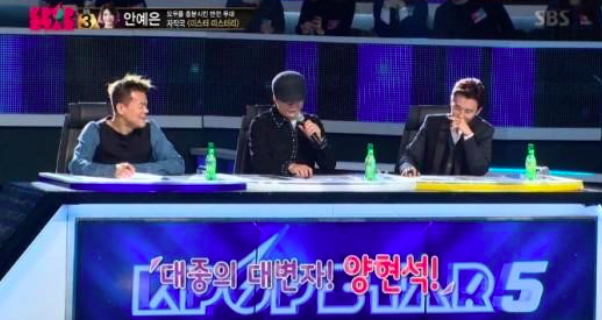