tvN‘s “Problematic Men” celebrates its one year anniversary during the February 28 episode.

During this episode, the members decide to call their former member, BTS‘s Rap Monster. First, Peppertones‘s Lee Jang Won attempts to call him, but they only hear the message “Unavailable number.” 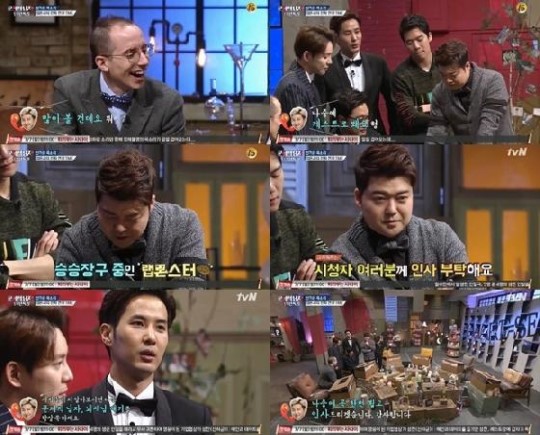 They reattempt to contact him by calling a different number, and this time, Rap Monster successfully picks up.

During the conversation, Rap Monster says, “Even now, a lot of people ask me about ‘Problematic Men.’ One day, I’ll stop by and give my regards in person,” suggesting at a possible future reappearance on the show.

Would you like to see Rap Monster on “Problematic Men” again?

BTS
Rap Monster
Problematic Men
How does this article make you feel?