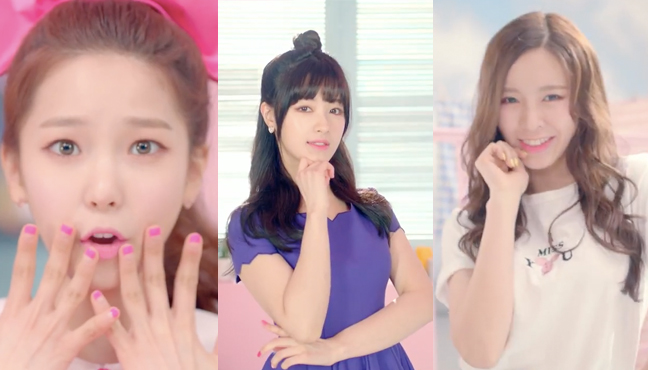 CLC has now made their return!

The girl group released their third mini album “Refresh,” as well as the short version of the music video for their title track “High Heels,” at midnight KST on February 29.

CLC debuted in March of 2015 under CUBE Entertainment as a five-member group with members Seunghee, Yujin, Seungyeon, Sorn, and Yeeun, but are now making their comeback with the addition of two new members: Elkie and Eunbin.

Elkie hails from Hong Kong, while Eunbin is currently also appearing on the girl group survival show “Produce 101.” As was previously announced, because Eunbin is participating in “Produce 101,” her parts had to be cut out of the music video, and she will not be appearing with the group to promote on music shows. Unfortunately, this also seems to mean that the group scenes that were shown in the music video teaser also had to be removed.

Despite the change in their lineup, “High Heels” maintains CLC’s unique fresh, fun, and bright sound. Check it out below!