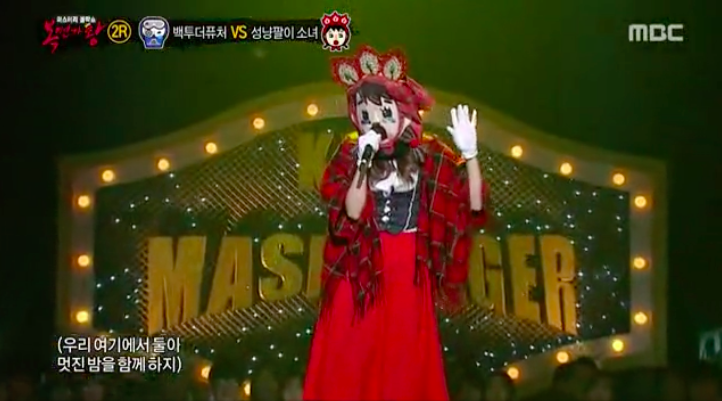 A girl group member has impressed the audience and celebrity panel with her vocal talent on this week’s episode of “King of Mask Singer”!

In the second round on February 28’s episode, the contestant Little Match Girl sings the track “Honey” by Park Jin Young and beats her opponent, therefore making it to the next round. Because of her smooth voice and apparent experience on stage, the celebrity panel debates whether she’s a young singer or not, and most don’t seem to have a clue who she could be.

She next performs “Love Is” by Leessang (featuring Jung In) in the third round, and wins again, which means she goes up against the reigning champion, Music General.

Little Match Girl is unable to defeat Music General in the finals, and so she has to reveal her identity. When she takes off her mask, it’s revealed that she is EXID’s Hani! 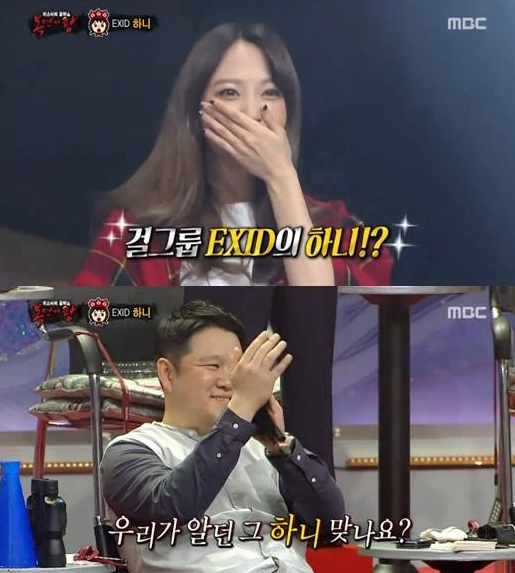 Most of the panel looks completely shocked when they find out who she is, although Kim Gura claims that he knew it was her all along. 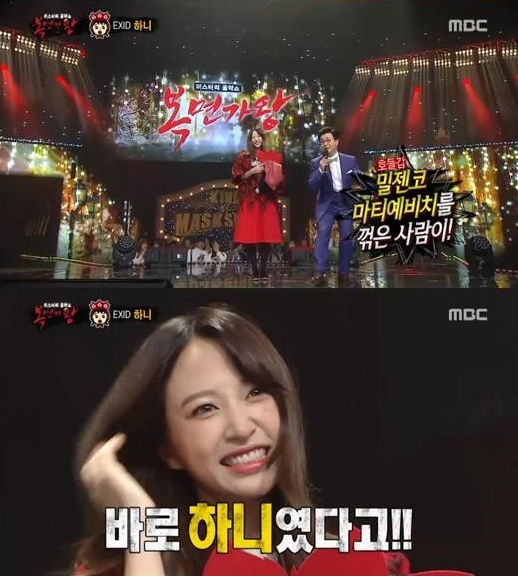 “I’ve always liked jazzy songs,” Hani says, and explains that she used to practice singing jazz songs but had to change her way of singing after she became a member of EXID.

Kim Sung Joo points out that many people think of her fellow member Solji as being in charge of vocals for the group, especially after she appeared on the show before, and that Hani herself is thought to be in charge of providing entertainment on variety shows.

“A lot of people think that each team’s member in charge of ’entertainment’ or ‘visuals’ has no interest or passion about singing or music,” Hani says. “In my case, I want to sing really well, and be on a larger variety of stages, but there haven’t been many opportunities for me. So I was really happy to be able to sing today with these great musicians.”

Watch the clip of her reveal below!

EXID
Hani
The King of Mask Singer
How does this article make you feel?