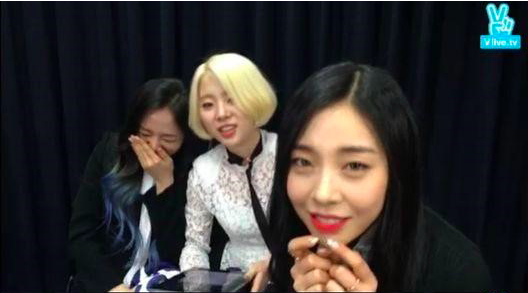 On February 28, the girls of Ladies’ Code held a live broadcast on the Naver V app to talk to their fans about their first comeback in two years.

In one segment of the broadcast, the three girls take requests from their fans. When a fan asked them to show them their aegyo, the girls said, “We don’t have any aegyo. Somehow three girls with no aegyo ended up on the same team. But if you tell us to do it, we will.” 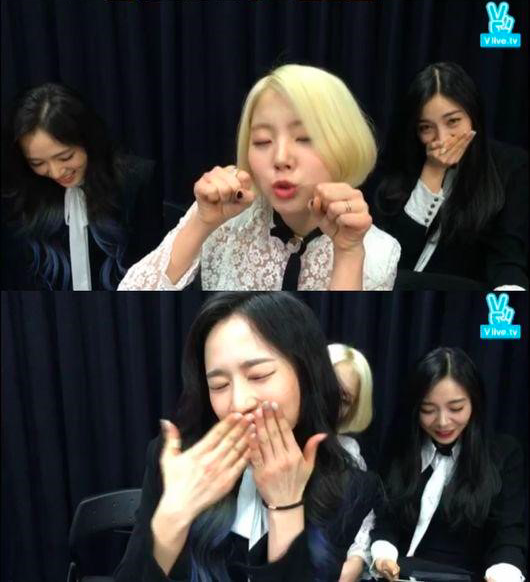 Ashley, Sojung, and Zuny then gave their fans a special aegyo present by calling out the name of their official fanclub, “Lavely.”

Ladies’ Code made a comeback on February 24 with the album “MYST3RY” and the title track “Galaxy.”

Support the artist by buying Ladies' Code – MYST3RY from YesAsia