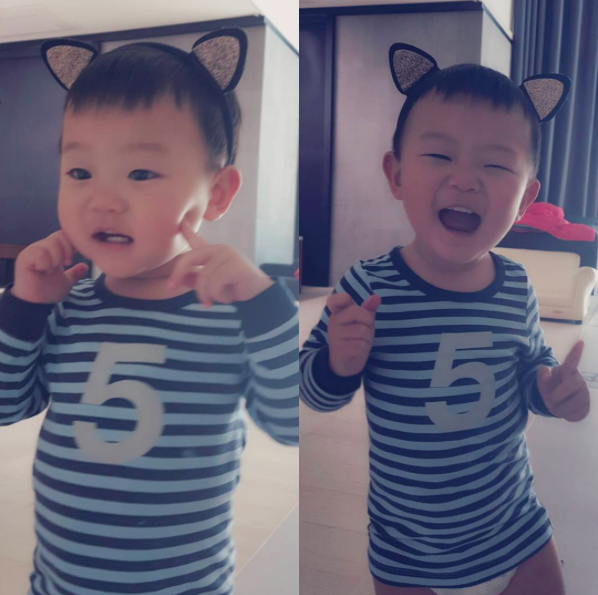 Baby Daebak is stealing hearts left and right once again with his unstoppable cuteness.

The fifth child and only son of soccer player Lee Dong Gook, Daebak has gained fans worldwide ever since his first appearance as the sweet baby who never cried on “The Return of Superman.” Both his parents, especially his mother, have given fans a sneak peek at the baby’s daily life on their personal social media accounts. 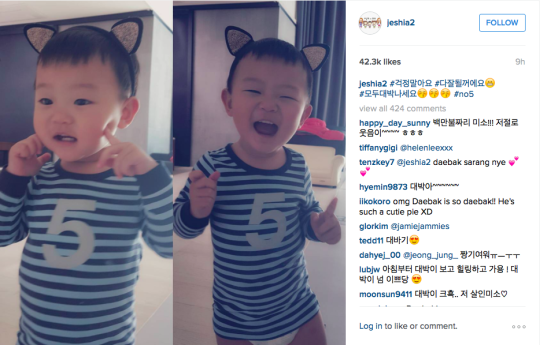 On February 28, his mother Lee Soo Jin posted a picture of Daebak in adorable cat ears, striking various cute posts for the camera. In the caption she wrote, “Don’t worry, everything will turn out fine. Everything will be ‘daebak.’”

Watch Daebak and his sisters’ latest exploits on the latest episode of “The Return of Superman” below!