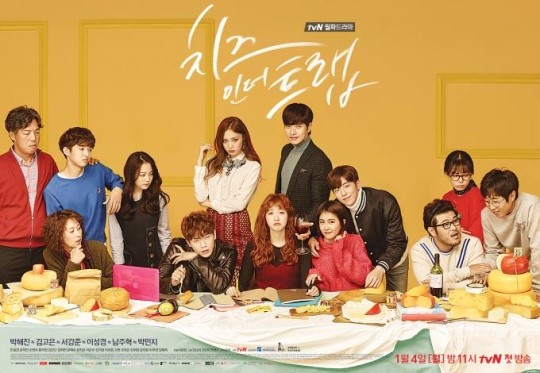 The staff of “Cheese in the Trap” have announced that the director, Lee Yoon Jung, has personally apologized to Soonkki, the author of the original webtoon.

On February 29, the staff posted through the show’s official Facebook, “First, we woud like to apologize the fans of the show and webtoon for worrying them with such negative news. Regret fills our hearts for making some of the actors feel uncomfortable with the situation as well.”

“Regarding the post the original writer Soonkki recently uploaded on her blog, we are sorry that we were not more considerate of her. We were so focused on producing the drama that we forgot to share the script with her midway into the show. We are especially sorry for sharing the script for the ending only right before we started filming. Director Lee Yoon Jung has already personally apologized to Soonkki, and she has accepted it,” they added.

The staff didn’t forget to ask viewers to continue to look forward to episode 15 and 16.

“We tried our best to conclude the actor’s stories and emotions, so please watch the drama without any bias. Once the drama is over, we will make the opportunity to talk about the show as well,” they said. “Once again, we are very sorry for worrying fans and hope that they will still watch us until the end.”

Previously, “Cheese in the Trap” was under attack after fans thought the show changed the original storyline and characters too much and the love triangle was too highlighted.

In response, the staff had said, “Due to the fact that the original webtoon has not reached an ending yet, we will be making our own conclusions. Please keep tuned for the last two episodes and the show’s ending.”

However, matters only got worse as Soonkki posted her dissatisfaction with the production of the drama. She directly addressed the plotline of the drama and its ending in her post.

Soon afterwards, the drama staff said they would personally talk to Soonkki, but it had been five days before they released their apology today.

Meanwhile, “Cheese in the Trap” is a romance drama that shows the relationship between a double-sided, perfect guy and a girl, who is the only one who sees who he truly is.

Cheese in the Trap
Soonkki
How does this article make you feel?