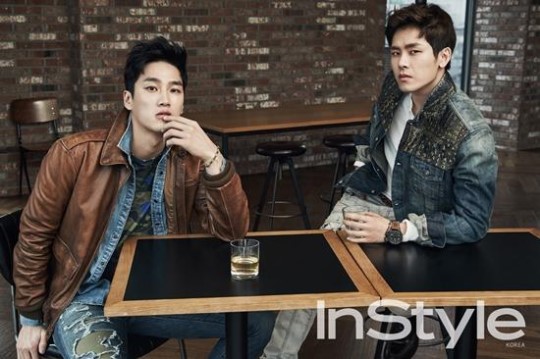 INFINITE‘s Hoya filmed a pictorial with his on-screen brother Ahn Bo Hyun in the movie “Heeya.”

For this InStyle magazine photo shoot, Hoya and Ahn Bo Hyun talked a lot about their new film. The story is about a younger brother Jin Ho, who dreams of becoming a singer, and an older brother Jin Sang, who doesn’t look like it but cares deeply about his sibling. The two stars actually live near each other, so they had time to meet up and get close with each other before filming began. They even went to the gym together to prepare for shirtless scenes.

During the interview, Hoya said, “The director told me he based Jin Ho’s character on my experiences and thoughts. I failed about 20 auditions just like Jin Ho, and I dropped out of school just like him.” 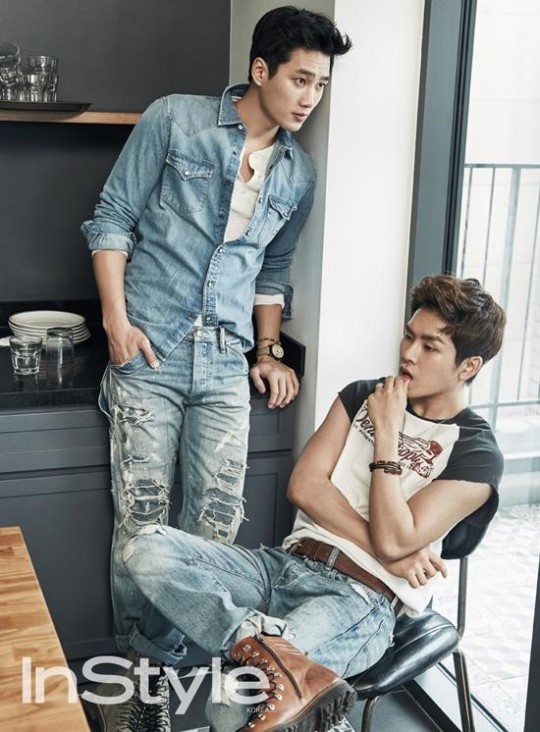 Ahn Bo Hyun also said the same thing about his character, explaining, “The director said he decided to pick me because I am exactly how he pictured Jin Sang would be like.” He also addressed similarities between himself and Hoya, saying, “Both Hoya and I are from Busan. There are many things that he and I can relate to.”

When asked about how others might react to this upcoming movie, Hoya said, “I’m thinking of not inviting [INFINITE] members to the press conference.” He joked, “They’re bound to laugh at me when they see me in a serious scene.”

More photos and interview with Hoya and Ahn Bo Hyun will be included in InStyle’s March issue.

Meanwhile, “Heeya” will be coming to theaters on March 10.