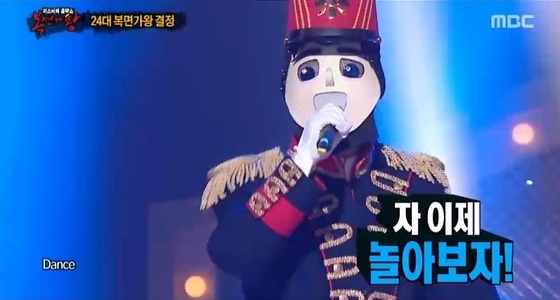 For the show, he performs BIGBANG’s “Fantastic Baby” in a rock arrangement. After the song, he says, “This song was a challenge to me. The rap was very troubling.”

Our Neighborhood Music General is then crowned 24th “King of Mask Singer.”

“I was thinking, ‘Lets get rid of my fears. Le’ts shout out my voice,’” she said when asked on why she participated.

Meanwhile, netizens are suspecting Ha Hyun Woo, the main vocalist of Guckkasten, as the man behind the mask of Our Neighborhood Music General.

Watch his performances of BIGBANG’s “Fantastic Baby” below.