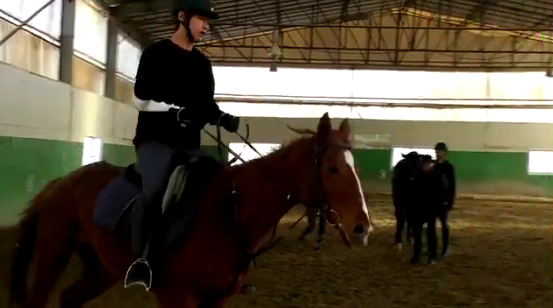 BTS member V is preparing for his acting debut in a historical drama by practicing horseback riding!

On February 29, a video was uploaded to the official BTS Twitter of V at an equestrian center, taking a horse on a lap around an enclosure as his teacher follows behind. The caption to the video includes the message “Fighting,” with a hashtag that says, “Hwarang: The Beginning.”

V will be making his acting debut in the KBS 2TV historical drama “Hwarang: The Beginning” under his real name Kim Taehyung. The drama tells the story of an elite group of male youth during the Silla dynasty, who were known as the Hwarang, or the “Flowering Knights.”

“Hwarang: The Beginning” also stars Park Seo Joon, Go Ara, ZE:A’s Park Hyung Sik, and SHINee’s Choi Minho, and is expected to air in the second half of this year.

BTS
Hwarang
V
How does this article make you feel?