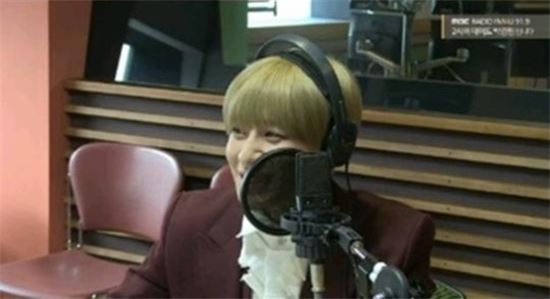 Taemin revealed he would like to put away his image as a pretty boy.

On the episode of MBC FM4U’s “Two O’Clock Date With Park Kyung Lim” that aired on March 1, SHINee’s Taemin appears a guset.

When DJ Park Kyung Lim says, “You look very pretty,” Taemin says, “I do hear that I am pretty a lot.”

“I do think you have gotten more masculine during your solo career,” she compliments.

“I like to hear that I’m looking more manly. ‘Taemin, who is prettier than a girl’ is a title I have always carried around every comeback, so I think it is time for a change,” he says.

Meanwhile, Taemin has released his first official solo album “Press It” and is currently performing his title song “Press Your Number.”