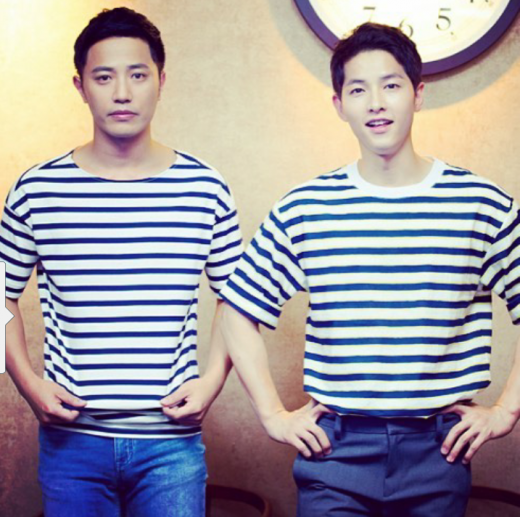 Song Joong Ki and Jin Goo could win best couple award with their bromance that makes your heart warm up just by looking at them.

On March 1, KBS posted on its official Instagram a photo of Song Joong Ki and Jin Goo practicing the script together on the set of KBS2‘s “Descendants of the Sun,” with the caption, “Reading the script in character as well.” 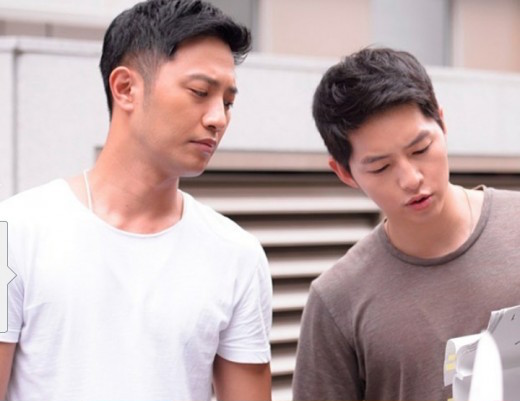 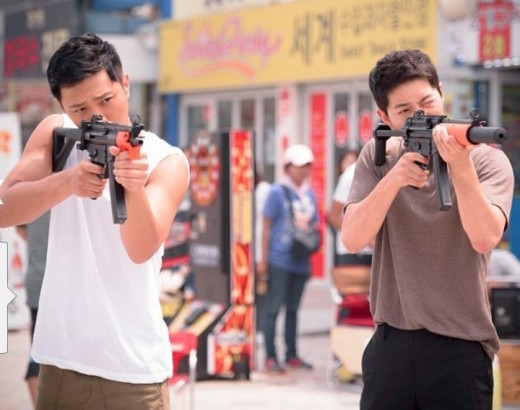 They also posted another picture of the two aiming with toy guns, with another caption that says, “Shooting the toy gun like Delta Force as well.”

In yet another photo, Song Joong Ki and Jin Goo are standing side by side, wearing the same striped shirt while gazing at the camera. The two’s exceptional and warm visuals are sure to capture any girl’s heart.

In “Descendants of the Sun,” Song Joong Ki is currently playing the role of Yoo Shi Jin, captain of special forces, while Jin Goo is Seo Dae Young, chief master sergeant of special forces. The two are already been receiving much attention for their chemistry in the first two episodes.

It tells the story of soldiers and doctors who are sent to an unknown land, and, in the midst of an extreme situation, learn to love and band together. It is written by Kim Eun Sook, who also wrote “Secret Garden” as well as “Heirs,” and is directed by Lee Eung Bok.

Song Joong Ki
Descendants of the Sun
Jin Goo
How does this article make you feel?