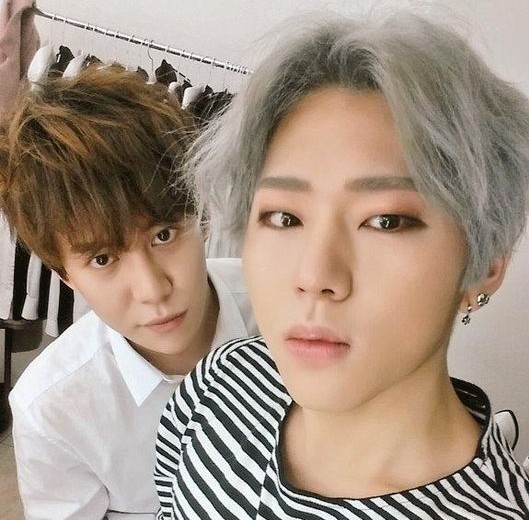 Block B member Zico has been playfully teased by one of his fellow members about his new title as a “Flower Boy”!

Zico is currently appearing on the series “Celebrity Bromance,” which can be directly translated from the Korean title as “Flower Boy Bromance.” The show follows Zico as he hangs out with his friend, actor Choi Tae Joon.

Before his first episode aired on March 1, Zico tweeted to remind his followers that the show would be on at 11 p.m, but he incorrectly called the show “Bromance Over Flowers.” Moments later, he then tweeted simply the phrase “Flower Boy” to correct himself, with a lot of symbols of laughter afterward.

Only a couple minutes later, his fellow Block B member Park Kyung replied to his tweet, “You’re embarrassed to be saying that with your own mouth, aren’t you?”

Be sure to watch Zico and Choi Tae Joon on March 1’s episode of “Celebrity Bromance”!

Block B
Celebrity Bromance
Zico
Park Kyung
How does this article make you feel?