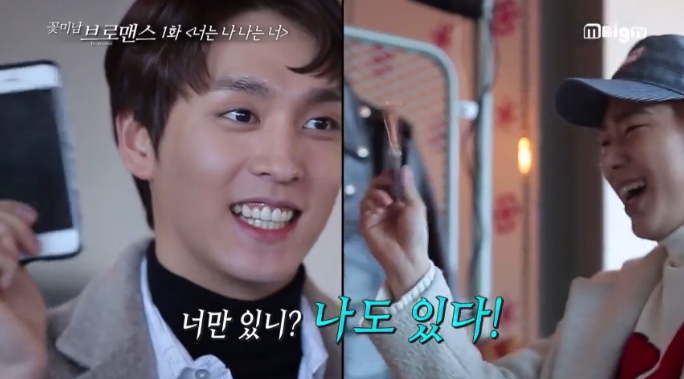 March 1’s episode of “Celebrity Bromance” follows Block B member Zico and Choi Tae Joon as they meet up to hang out at a cafe, where they joke with each other and talk about what they’ve been up to.

Zico says to Choi Tae Joon, “You know, there’s a side of you that the public doesn’t see if they only see you through your acting. In my case, I’ve been messing up my image for a long time, but you’ve never shown anything like that, not even once!” 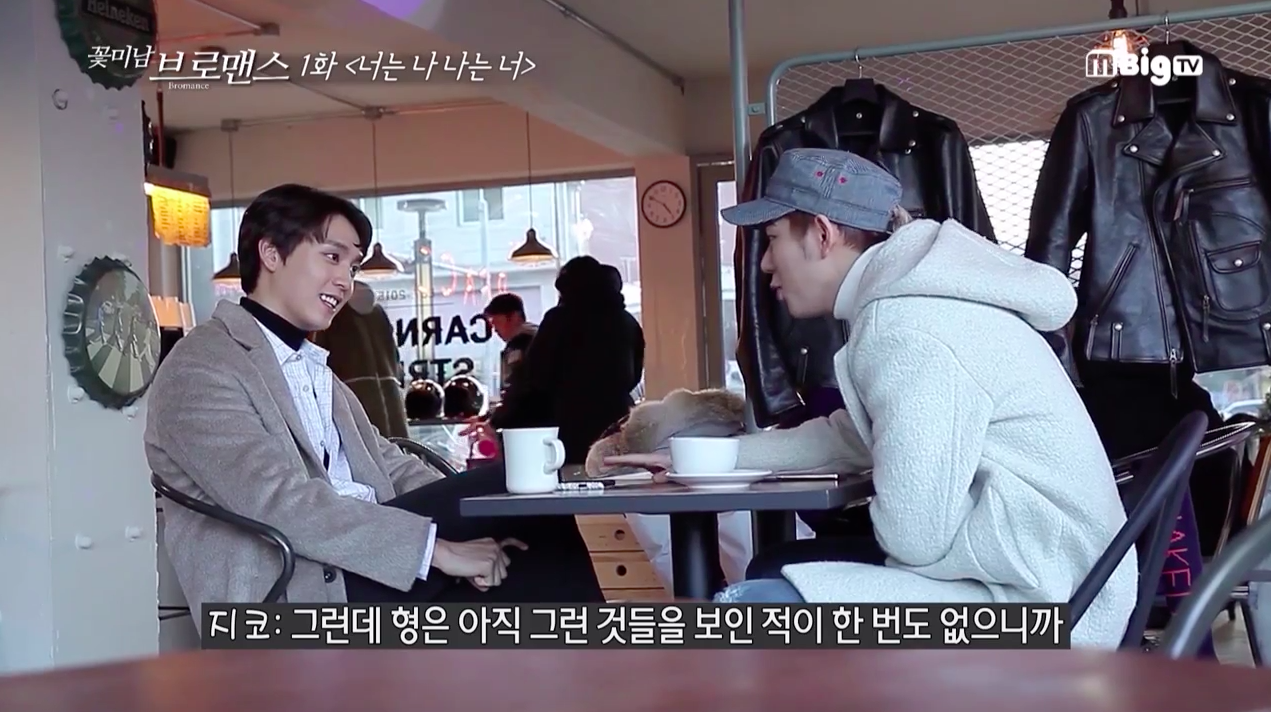 “Of course not,” replies Choi Tae Joon. “What could I show?”

“But I have some in here!” says Zico, holding up his phone and laughing. “I have everything in here, like our voice memos.”

“You’re in here too!” laughs Choi Tae Joon, holding up his own phone.

In a private interview, Choi Tae Joon says, “There was a KakaoTalk war between Zico and me on my phone. I was in the drama ‘Magic Kid, Masuri’ a long time ago, and he made the background to his KakaoTalk an insane photo of me from back then.” 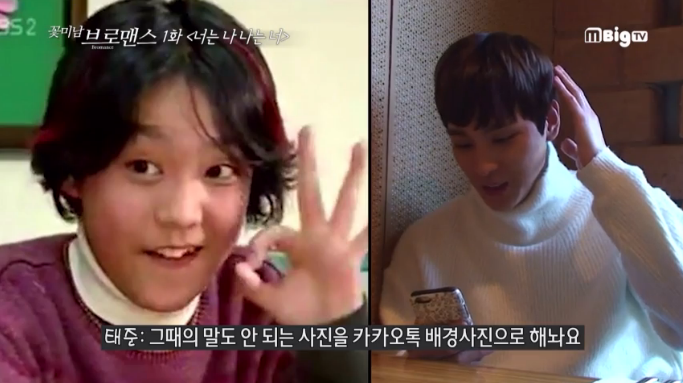 “Celebrity Bromance” then shows other funny photos of Choi Tae Joon that Zico has used on his KakaoTalk. 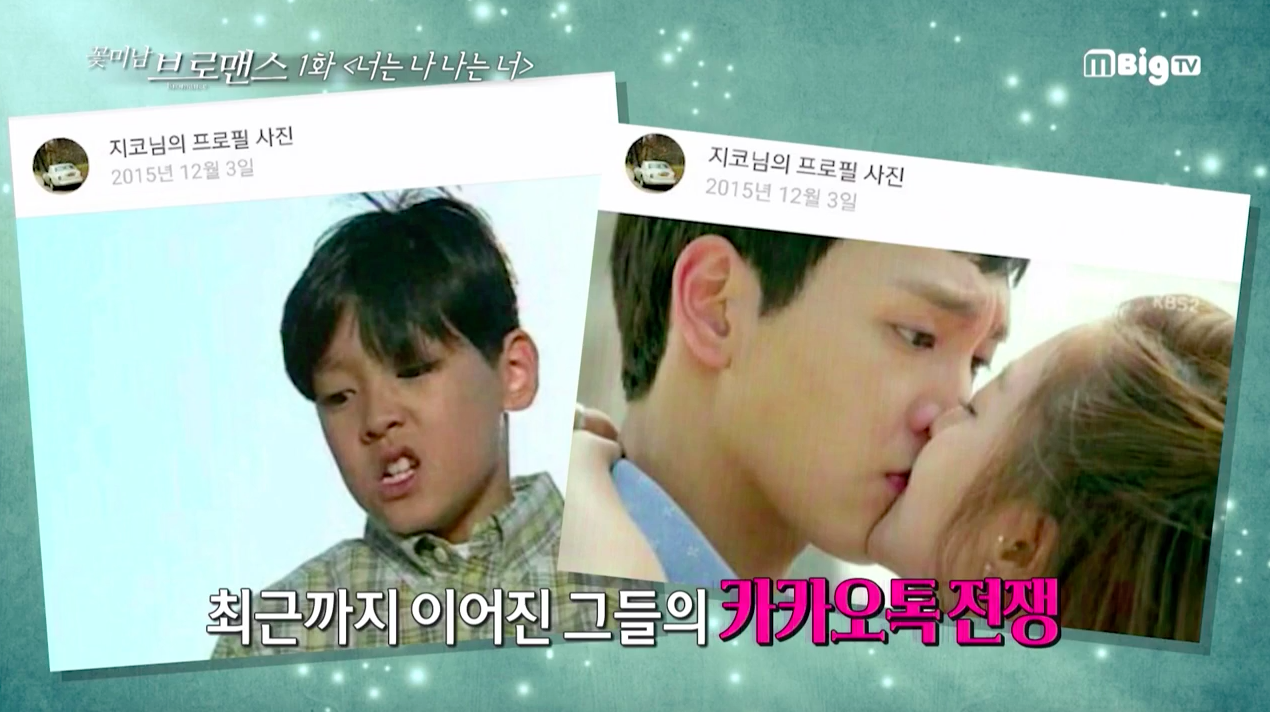 “So I turned my background screen into things like this,” he says, showing the crew his phone. “We’re always changing them!” 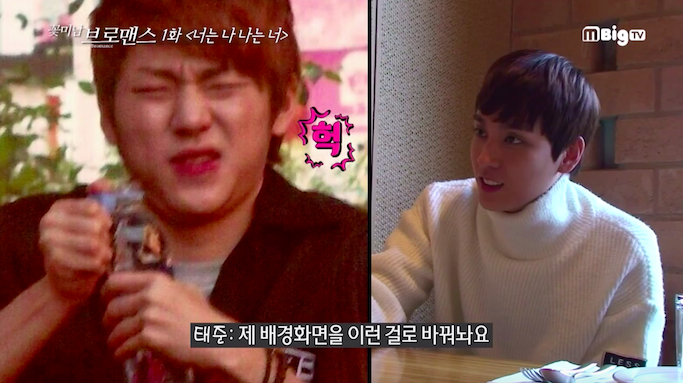 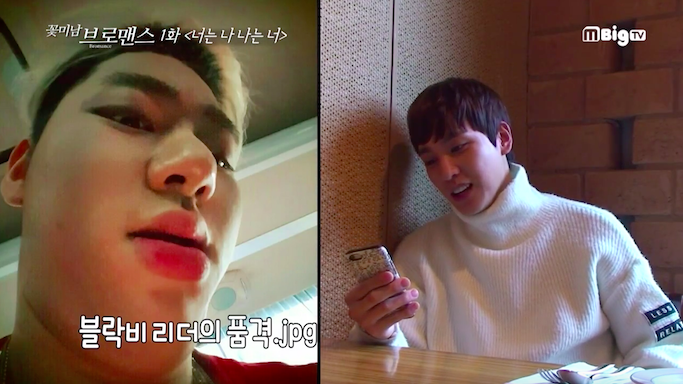 Back at the cafe, Choi Tae Joon threatens Zico that if he shares anything embarrassing of him, he’ll do the same for Zico in return. “You won’t be able to be on television ever again!” he warns him. 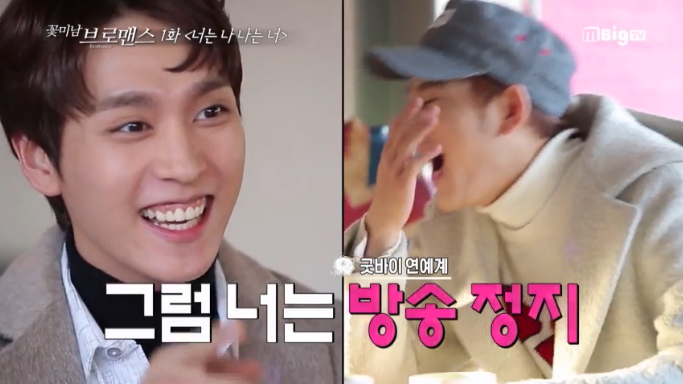 Block B
Choi Tae Joon
Celebrity Bromance
Zico
How does this article make you feel?