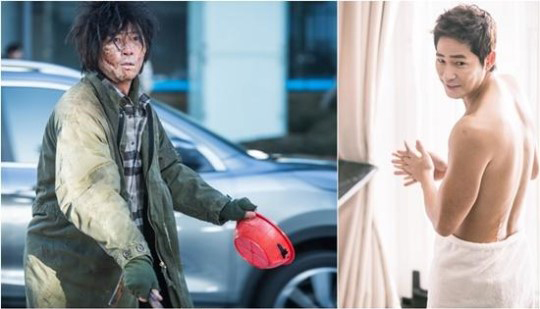 Actor Kang Ji Hwan who will take on the lead role for the upcoming drama “Monster” attempts a breakthrough transformation as an actor.

MBC’s new Monday-Tuesday drama “Monster” team released Kang Ji Hwan’s shocking stills of him portraying the role of Kang Ki Tan. This marks his comeback to television since his last drama in 2014. 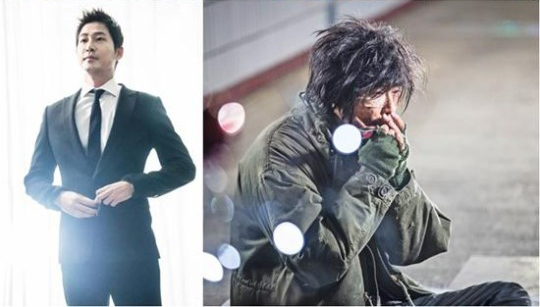 In the photos released, Kang Ji Hwan is seen looking both hideous dressed in rags and clean-cut dressed in a handsome suit. The polar opposite looks of him dressed in a nice suit versus sitting on the street in rags playing a harmonica show a stark contrast.

Kang Ji Hwan’s character Kang Ki Tan lost his parents in his childhood. He loses everything to his uncle Byun Il Jae (Jung Bo Suk) and barely survives. He transforms into a new person Kang Ki Tan to avenge his family.

He possesses excellent hearing and intuition. With many years of strenuous physical training, he is superbly fit.

Taping Kang Ji Hwan’s contrasting characters took two days. He first finished recording in a set for the clean cut version of himself. To portray the contrasting character, he showed assertiveness in presenting his ideas and became a homeless person. It is said that he also came prepared to play the harmonica himself showing fervent passion for the role.

The crew member commented, “Kang Ji Hwan is a hardworking actor trying to make every scene perfect. He always comes to the set prepared and is able to jump into character quickly creating wonderful scenes. Please watch our drama ‘Monster’ with high expectations because it will really show off the true value of Kang Ji Hwan as an actor.” 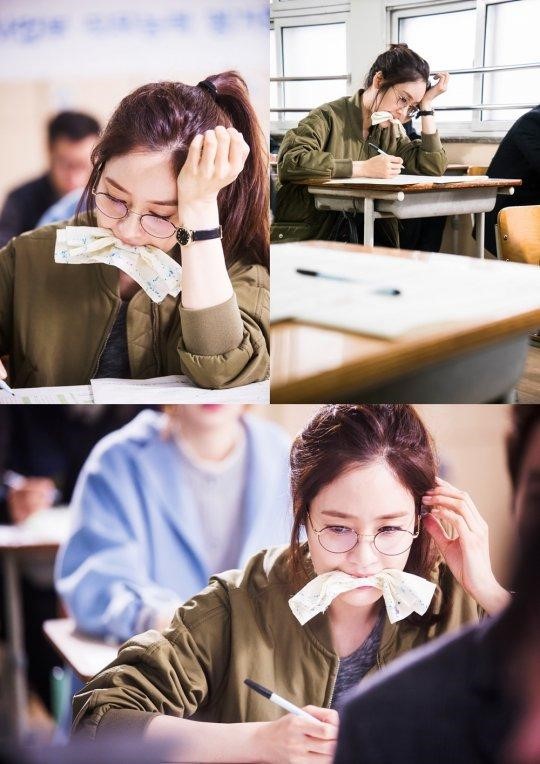 Sung Yuri portrays Oh Soo Yeon whose focus is solely on money ever since her father passed away. To take care of her autistic younger brother, she works at the law firm by day and studies at night. She does everything to succeed. She eventually ends up catching the attention of both Kang Ki Tan (Kang Ji Hwan) and Do Gun Woo (Park Ki Woong).

In the photos released, Sung Yuri is seen dressed in a comfortable casual outfit wearing eyeglasses. She looks like someone who is studying hard for an entrance exam.

“Monster” is about a man who has lived with a burning desire to avenge his family. It tells a story of a man whose life and family were taken from him by a massive and powerful corporation. Even still, he manages to find love in the midst of the hidden, dirty traps of the privileged class.

Kang Ji Hwan
Sung Yuri
Monster
How does this article make you feel?