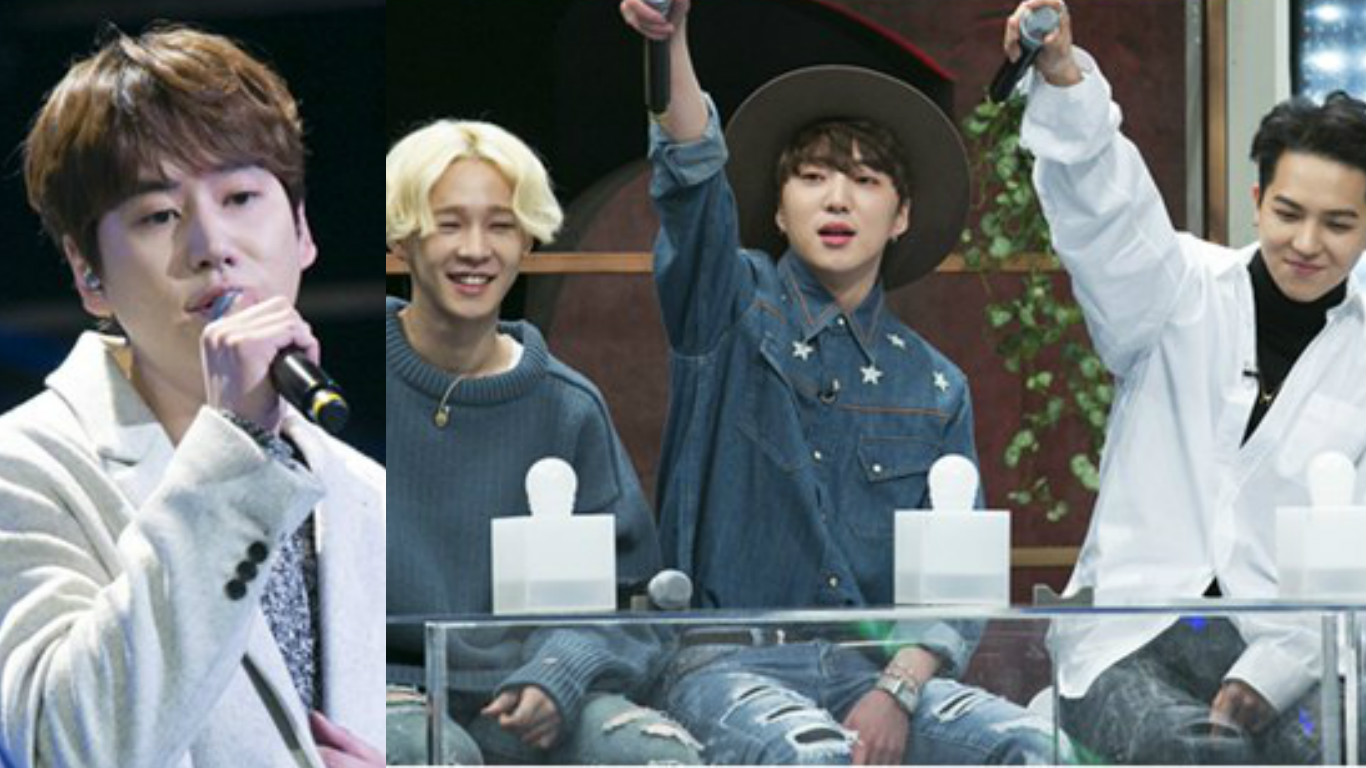 A JTBC representative revealed on March 1 that SM Entertainment’s Kyuhyun of Super Junior and YG Entertainment’s WINNER (Kang Seungyoon, Song Mino, and Nam Taehyun) will go head to head on the March 8 episode of the variety show “Sugar Man.”

During the recent taping of the show, Kyuhyun showed a more relaxed self compared to the variety show newbies WINNER. However, the competition took an unexpected turn as WINNER received a hot response during the hit song battle and voice impersonation competition.

Kyuhyun, known for his traditional ballads, and trendy WINNER are in the center of attention as to who will take away the competition.

“Sugar Man” is a music variety program that seeks out a singer who was prominent at one time but had since vanished. The show airs every Tuesday at 10:50 p.m. KST.