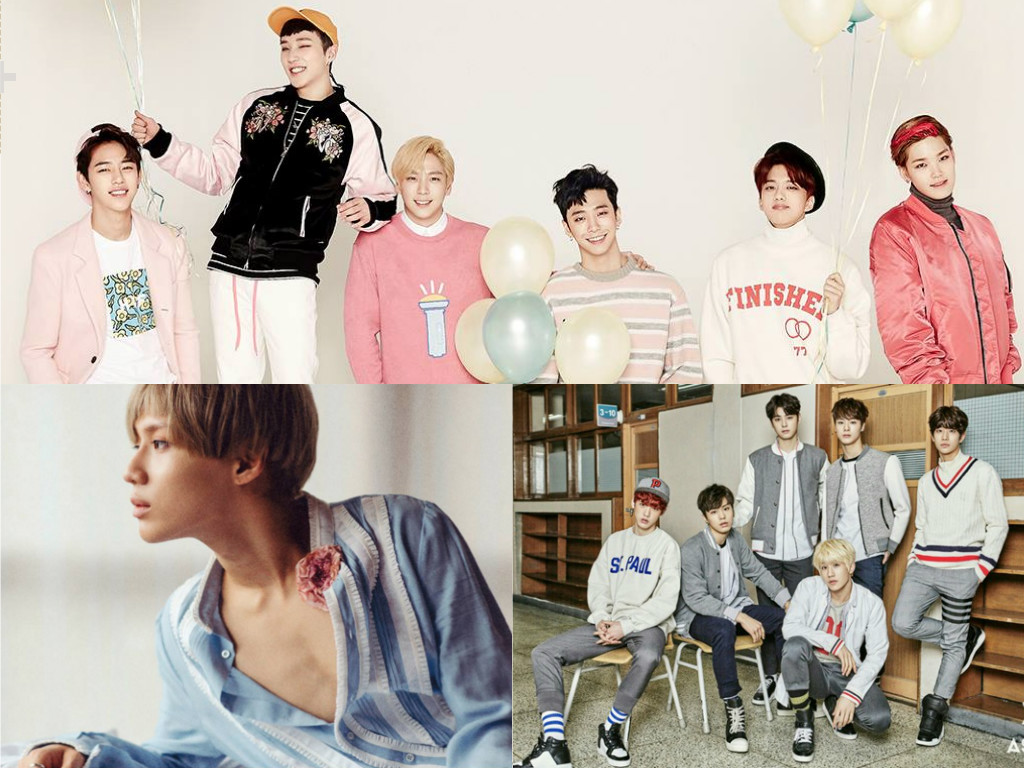 Looks like K-pop is taking over the Billboard’s World Album Chart!

The latest rankings for world albums (week of March 12) features four K-pop artists! In second place is SHINee’s Taemin with his latest solo album “Press It.” Next, B.A.P is in third place with their mini-album “Carnival.” Rookie group ASTRO is proving to be popular despite their recent debut and are in sixth place with their very first mini-album “Spring Up.” Finally, BTS is still going strong and remain in tenth place with “The Most Beautiful Moment in Life Pt. 2.” 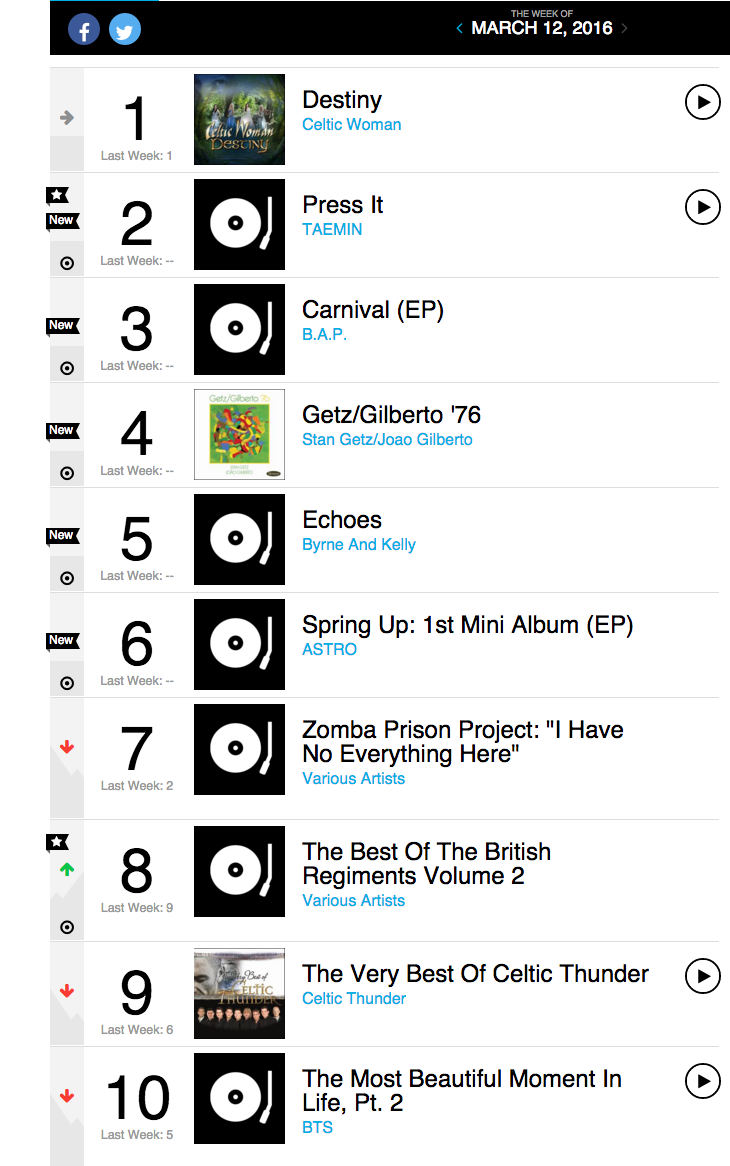 ASTRO
Billboard
Taemin
bap
How does this article make you feel?