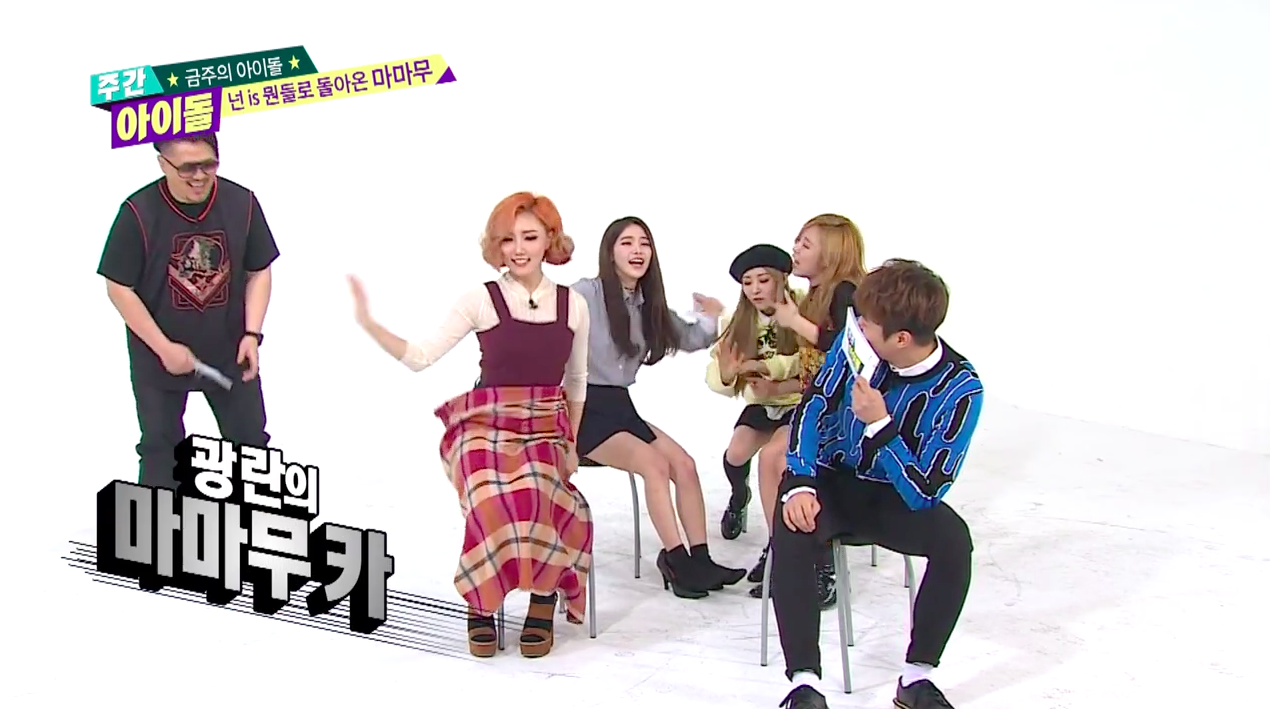 On March 2’s episode of “Weekly Idol,” special MC Yoon Doo Joon of BEAST gets absolutely shocked when he pretends to be MAMAMOO’s manager taking them to their next event!

To show everyone how they act while getting from place to place, the members pretend to get in their car, and Yoon Doo Joon gets at the wheel as their manager. He says, “Okay guys, we’re going to a university festival, it’ll take about three hours.”

He’s then shocked when Wheein immediately screams excitedly behind him, and the other members cheer. “Give us some music!” yells Moonbyul, and Wheein screams, “Let’s roll!”

Yoon Doo Joon is too surprised by their reenactment, and has to get up from his seat in the “car” to laugh while Defconn asks the members if they really act like this in real life. They assure him that they do!

After miming putting on their seatbelts, they pretend to turn on some music and then host their own dance party in the car as Yoon Doo Joon laughs in the driver’s seat.