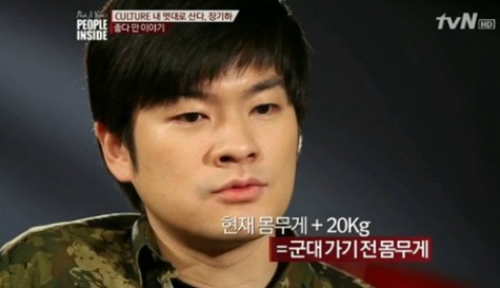 A netizen has recently been indicted for impersonating singer Jang Ki Ha’s ex-girlfriend and falsely accusing him of stalking her. Jang Ki Ha is the vocalist of rock band Jang Ki Ha and the Faces.

According to a legal representative, the Seoul Western District Prosecutor’s Office charged “A” with defamation and issued a fine of 3 million won (about $2400).

“A” claimed to be Jang Ki Ha’s former girlfriend and on December 2014 uploaded a post to an Internet forum claiming that the singer was stalking her personal life. “A” wrote, “I met Jang Ki Ha for the first time in August 2011 at a concert and cut off contact with him in April [2014]. Since then he has hacked my personal computer and copied my phone to invade my personal life and threaten me.”

Jang Ki Ha said through his agency, “It is a lie from start to finish.” He also addressed the rumors that he had been removed from his radio show due to the issue. “I had considered stepping down from the show long before the rumors.”

After Jang Ki Ha’s agency submitted their defamation claim, police started investigating “A” last March. In order to cut back on prosecution time, limited measures were put in place to encourage the parties to come to a reconciliation, but as no results were seen, the formal investigation continued.

Jang Ki Ha
How does this article make you feel?