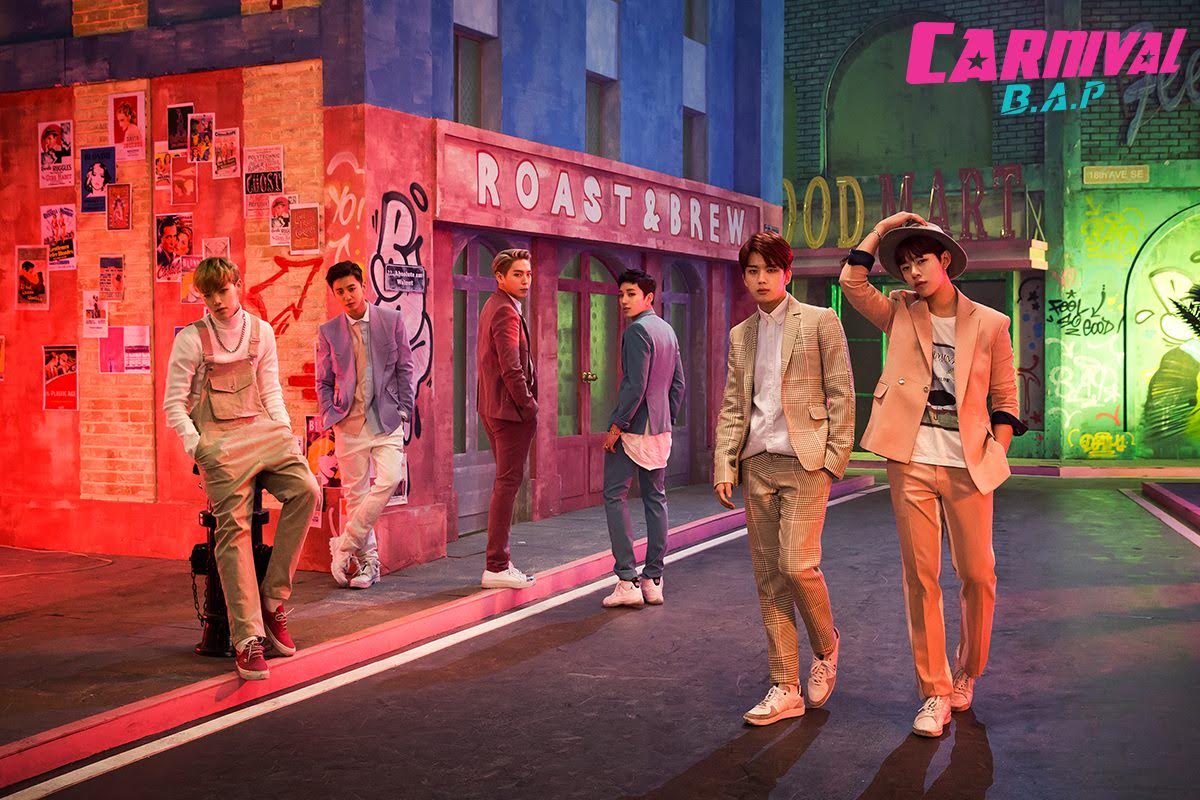 TS Entertainment has revealed more concert dates for B.A.P’s “LIVE ON EARTH 2016 WORLD TOUR AWAKE!!” So far it looks like B.A.P will be performing in 24 cities and 15 countries. Check to see if they are visiting a city near you below! 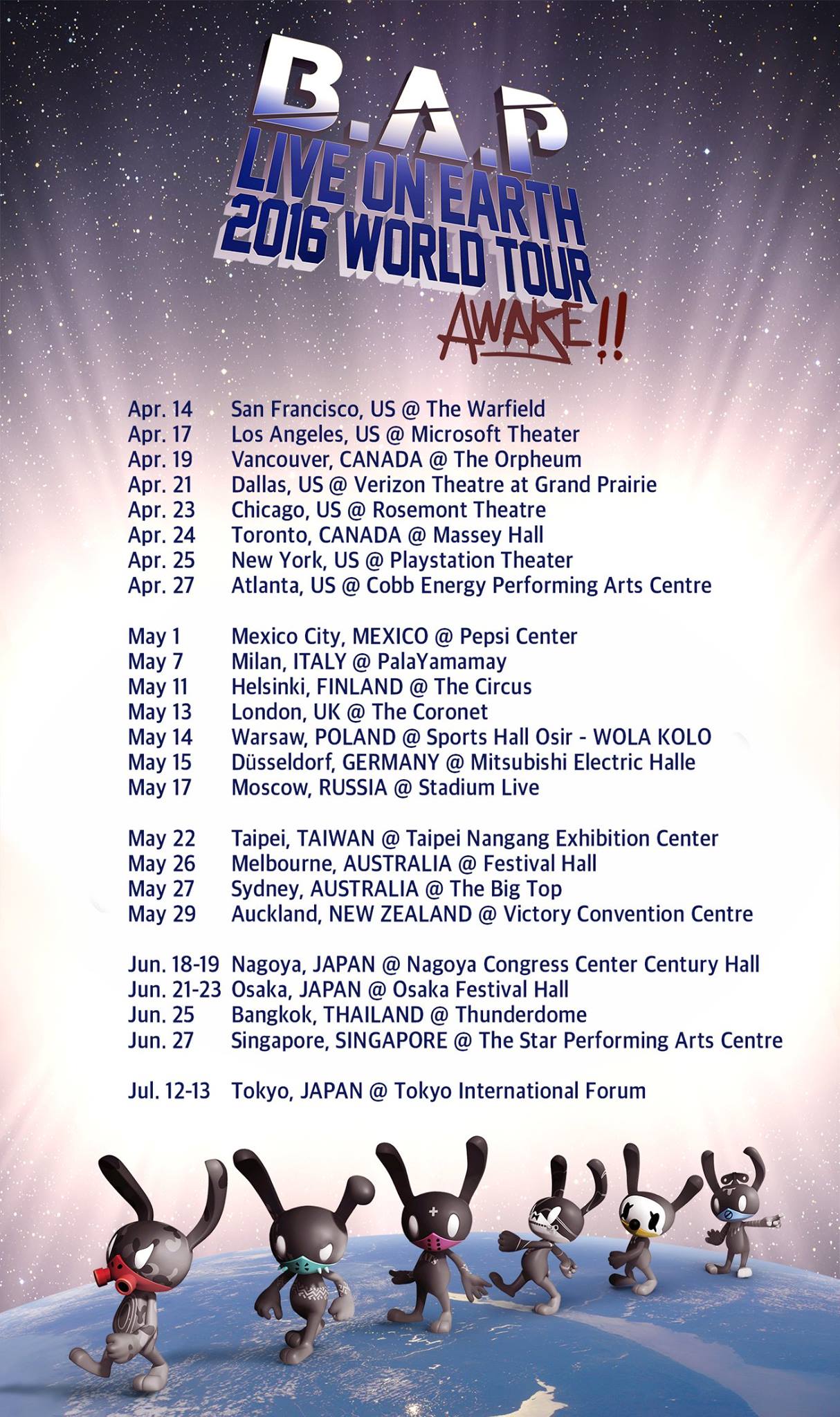 After announcing their “LIVE ON EARTH 2016 WORLD TOUR” B.A.P has revealed their concert dates in the United States and Canada.

Their U.S. tour will be managed by Powerhouse. B.A.P will be in San Francisco on April 14, Los Angeles on April 17, Dallas on April 21, Chicago on April 23, New York on April 25, and Atlanta in April 27. You can find more information through Powerhouse’s Facebook page here. 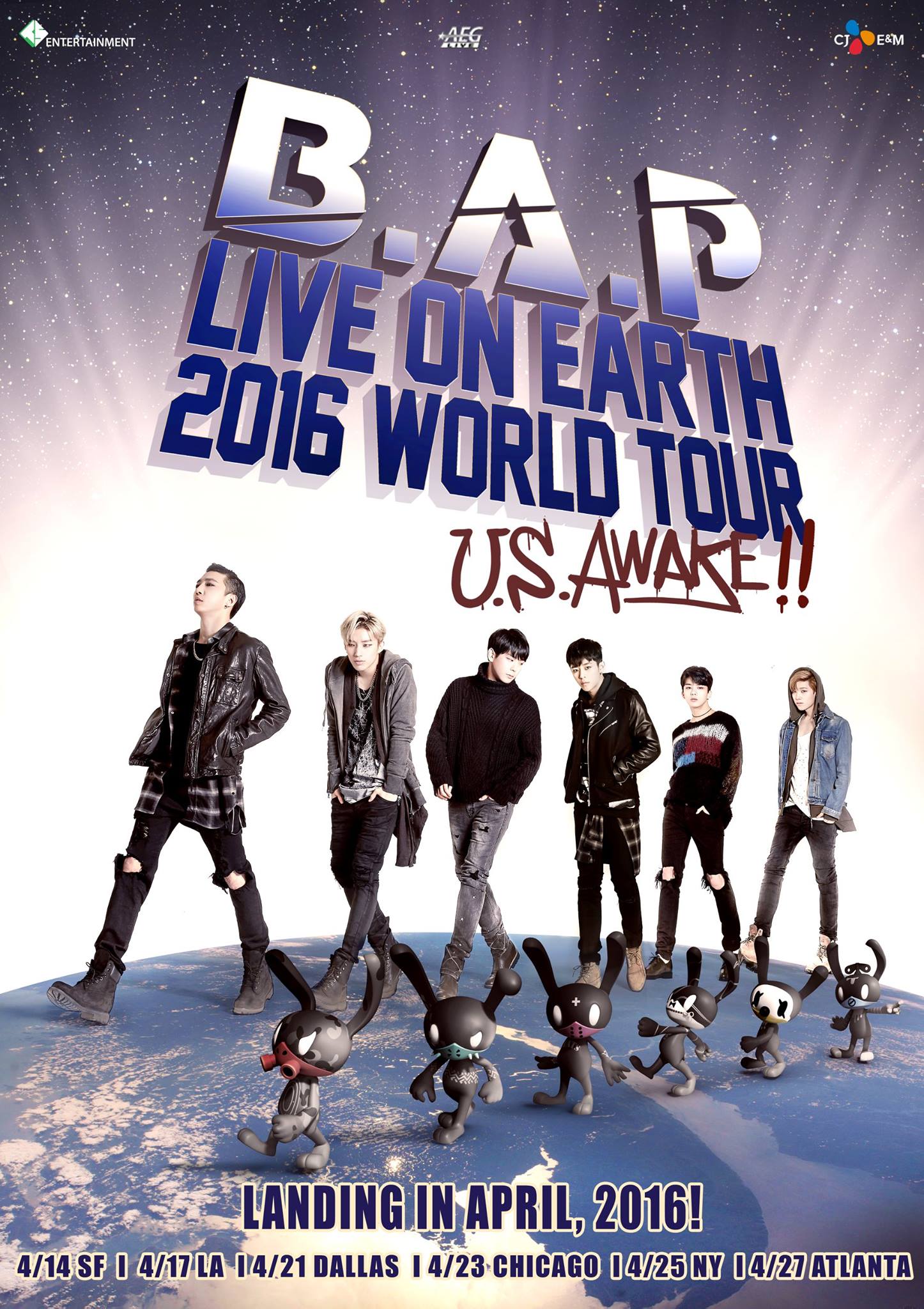 As for Canada, B.A.P will be performing at The Orpheum in Vancouver on April 19 and at Massey Hall in Toronto on April 24. Their Canada tour will be managed by KpopMe. You can find more details here. 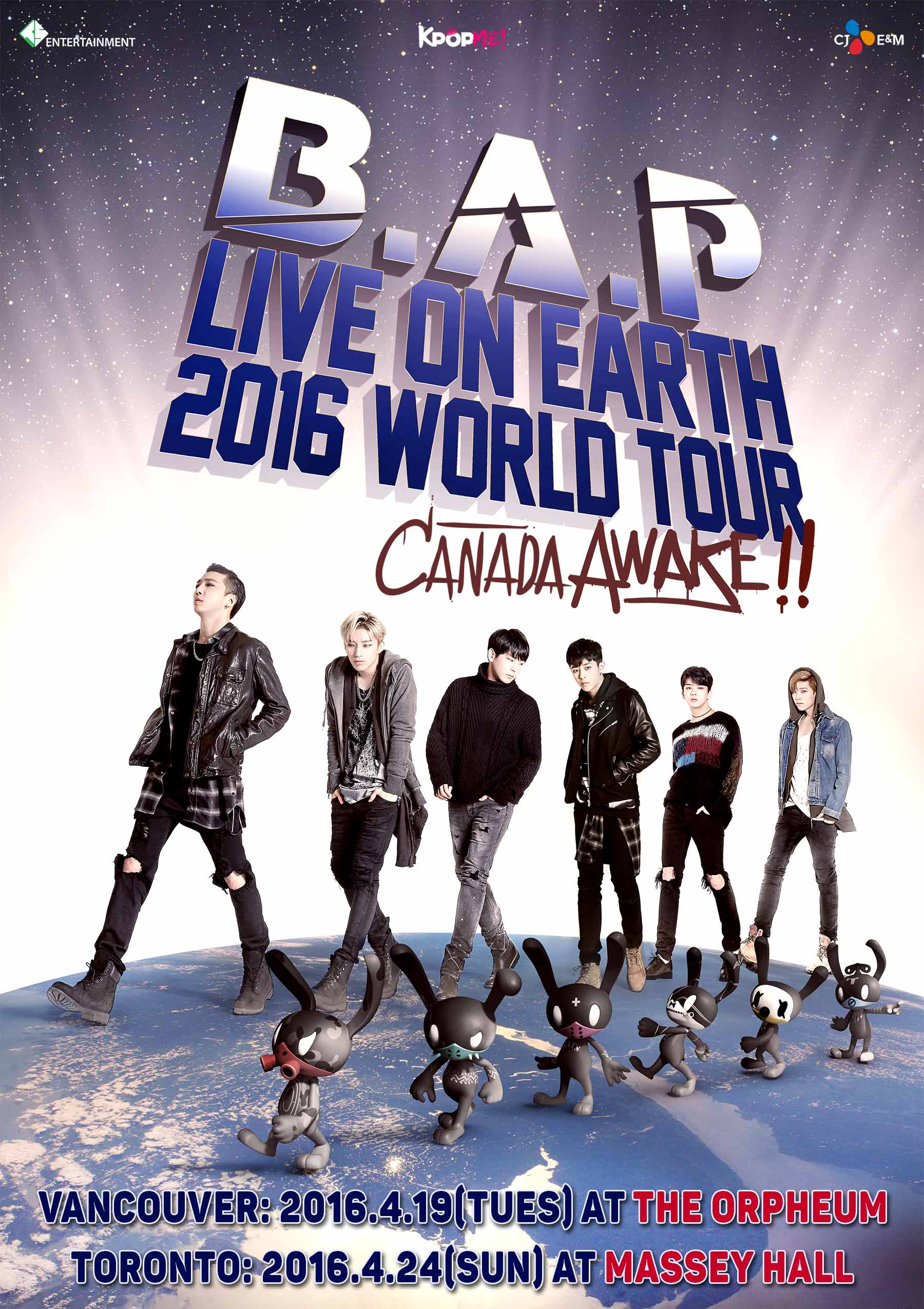 Will you be seeing B.A.P in person?