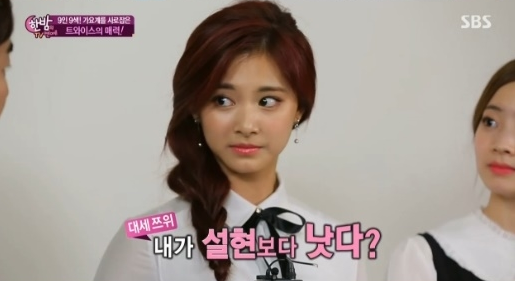 Tzuyu Responds to Comparisons Between Her and Seolhyun

On the March 2 episode of SBS’s “One Night of TV Entertainment,” TWICE’s Tzuyu was asked about AOA’s Seolhyun. The pair have been compared ever since they have been considered billboard rivals. 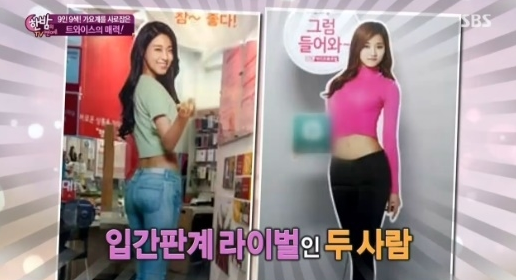 The reporter compared their looks and asked Tzuyu for her opinion. Tzuyu modestly stated, “Seolhyun sunbae (senior) is so pretty. I am lacking a lot.”

Then the reporter asks, “Do I think I am prettier than Seolhyun?” with a lie detector. Tzuyu replies no but the lie detector says her statement is a lie which results in great laughter. 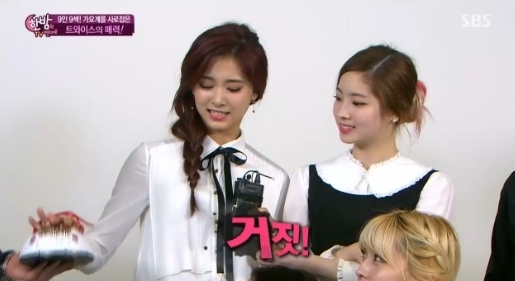 Previously, Seolhyun was also asked on “One Night of TV Entertainment” if she considered Tzuyu to be her rival. She also only had compliments for Tzuyu.

TWICE
AOA
Tzuyu
One Night of TV Entertainment
Seolhyun
How does this article make you feel?