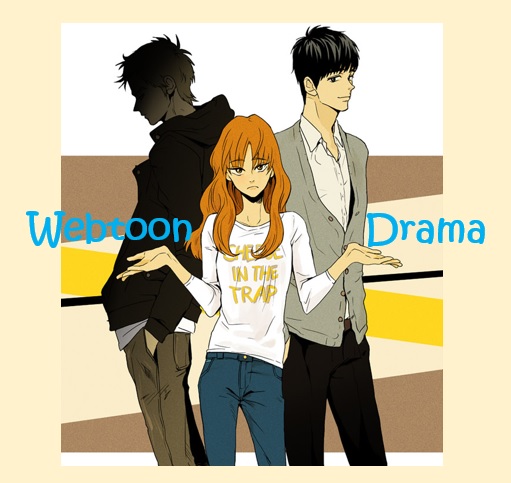 I love the webtoon “Cheese in the Trap” by Soonkki. I even began attempting to translate the webtoon for myself despite my lack of proficiency in Korean when I reached the end of the English translations on Naver. Then the drama was announced and I was thrilled when tvN said Soonkki would be helping with production. I knew she wouldn’t let me down. Halfway through the drama, my schedule at the beginning of the week involved me finishing work quickly, plugging in my earphones, and catching the latest episode.

Then my tune changed — the drama changed. What happened, Soonkki? What happened to making me cheer for Hong Seol (Kim Go Eun) and trying to understand Yoo Jung (Park Hae Jin)? Seo Kang Joon (who plays Baek In Ho) was finally getting recognized by female fans for his looks and acting skills after years of struggling. Then Park Hae Jin’s scenes started getting cut and parts from the webtoon were left out. Suddenly, my favorite drama on television went from sweet perfection to a debacle.

If you haven’t read the webtoon “Cheese in the Trap,” I recommend it to every Korean drama fan. The drama, I would currently recommend up to episode 11. So here’s a question for my fellow drama watchers: is it better to follow the original story of the webtoon or manhwa, or add some originality? 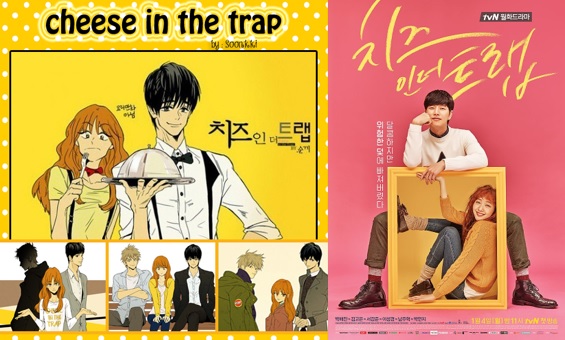 Often the writer of the webtoon or manhwa is brought on to assist the drama too: “Flower Boy Next Door,” “Scholar Who Walks the Night,” “Orange Marmalade,” and “Cheese in the Trap” are just a few. I’m always excited to see a writer get involved transferring their work to the small screen. But why change a story that was good enough to get sponsored and made into a drama?

I was a big fan of the webtoon “Orange Marmalade” before it was made into a drama. It was a cute story about young love, friendship, and watching a vampire-hating boy fall in love and accept that his dream girl is a vampire. The drama started just as promising. I was cheering for Ma Ri (Seolhyun) and Jae Min’s (Yeo Jin Goo) blooming romance, when the story suddenly changed. The drama went from a modern world dealing with teen issues to teens running around the Joseon era with new identities. What? That wasn’t in the webtoon. Sure, Yeo Jin Goo won Best New Actor and Seolhyun won the Popularity Award for their roles in the drama, but what didn’t win an award? The drama. Period. 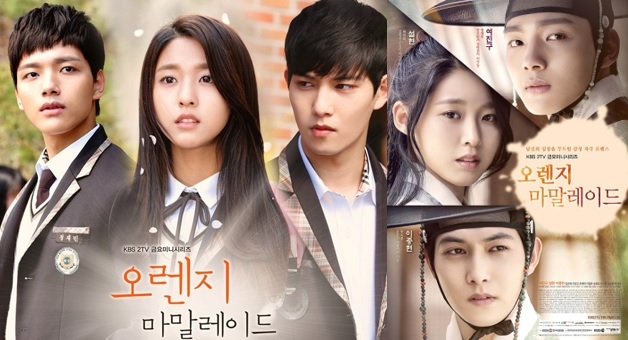 MBC’s “Scholar Who Walks the Night” went through some changes, and is perhaps one of the better examples of when change is okay. For those who haven’t read the manhwa, it’s long. The story is an epic with lots of characters and side stories, and background given throughout. Getting all that into one season is a huge undertaking, so I understand the weeks of back-story they had to cram in at the beginning, though I grit my teeth trying to get through it. At least I got to enjoy Lee Joon Gi’s dramatic acting. His crying always pulls at my heart-strings. The hardest part was waiting for Yang Sun (Lee Yoo Bi), an adventurous dressed-as-a-boy-to-survive girl who brings the humor to the series. The long back-story episodes made the wait feel like forever before she appeared, but in the end, it was worth it.

Honestly, I believe that not every webtoon should be made into a drama. Sometimes a webtoon or manhwa is made into a drama and I wonder if the original writer is stuck sighing at every episode. This was how I felt watching “Imaginary Cat.” I highly recommend this little webtoon by Kim Gyung for anyone who lives alone with a pet, or could imagine themselves as such a person. It’s a cute webtoon that tells the story of a struggling webtoon artist named Jong Hyun (Yoo Seung Ho) who adopts a fat cat. The webtoon switches perspectives between the two with themes of loneliness and unlikely-friendship. The drama didn’t stick to this. Instead, Jong Hyun took up most of the story with a blown-up romance, and the cat was treated like a side character. Watching the show, part of me wanted to adopt the cat and give her the attention the drama version of Jong Hyun clearly wasn’t giving. 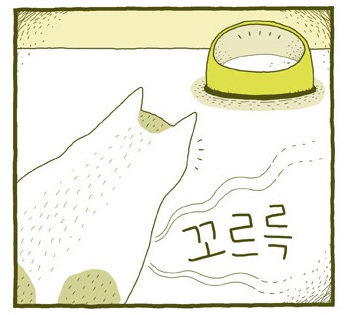 Sometimes it’s not even the different storyline changes that makes me want to tear my hair out. Sometimes characters are changed, which can be more upsetting when that character is played by an actress you like, like with Dok-Mi in “Flower Boy Next Door.” The drama is based on the webtoon “I Sneak a Peak at Him Every Day” by Yoo Hyun Sook. The first chapter of the webtoon shows Dok-Mi as an independent introvert who’s happy in her own home, but was heavily bullied. She even meets one of the girls who bullied her and manages to sit through a whole meeting in a café. I liked webtoon Dok-Mi. I sympathized with her.

Drama Dok-Mi is played by Park Shin-Hye, an actress I’m fond of, and I was excited to watch the drama, until the first episode. Drama Dok-Mi is not an introvert; she’s a recluse. She begs pity and claims she’s happy with who she is, even while making it clear that she is not. Webtoon Dok-Mi didn’t need to be saved. Drama Dok-Mi needed saving. The production team could’ve spent a little less time getting perfect shots of the (really handsome) male characters, and letting Dok-Mi be a little more loyal to the original character.

Why do they make these changes when history has shown large changes to a successful original rarely succeed? I don’t know. When it comes to adaptations viewers can only hope for the best. Even Soonkki voiced her disagreement with the production team’s actions and how they handled the story. I’m not sure how I feel about her wanting the story to be different, but I like to think she would’ve treated the story better than how the production team did.

MBC will soon be airing — on March 16 — a manhwa adaptation called “Goodbye, Mr. Black,” by Hwang Mi Na and Moon Hee Jung, starring Lee Jin Wook and Moon Chae Won. It’s an intriguing series loosely based on the “Count of Monte Cristo” by Alexandre Dumas. Basically, the drama is an adaptation of an adaptation that was already changed quite a bit. The Count in Dumas’s book is committed to a woman before beginning a quest for revenge against the friend who betrayed him, but Mr. Black in the manhwa marries a stranger to perfect his secret identity. The manhwa has a strong following since it’s considered a classic, so hopefully the production team will stay loyal to the original.

One can only hope, right?

What are some of your favorite webtoon and manhwa adaptations?

Do you prefer the drama stay loyal to the original? Or have there been some changes you enjoyed, like the jumping timeline in “Orange Marmalade”? Let us know in the comments below!