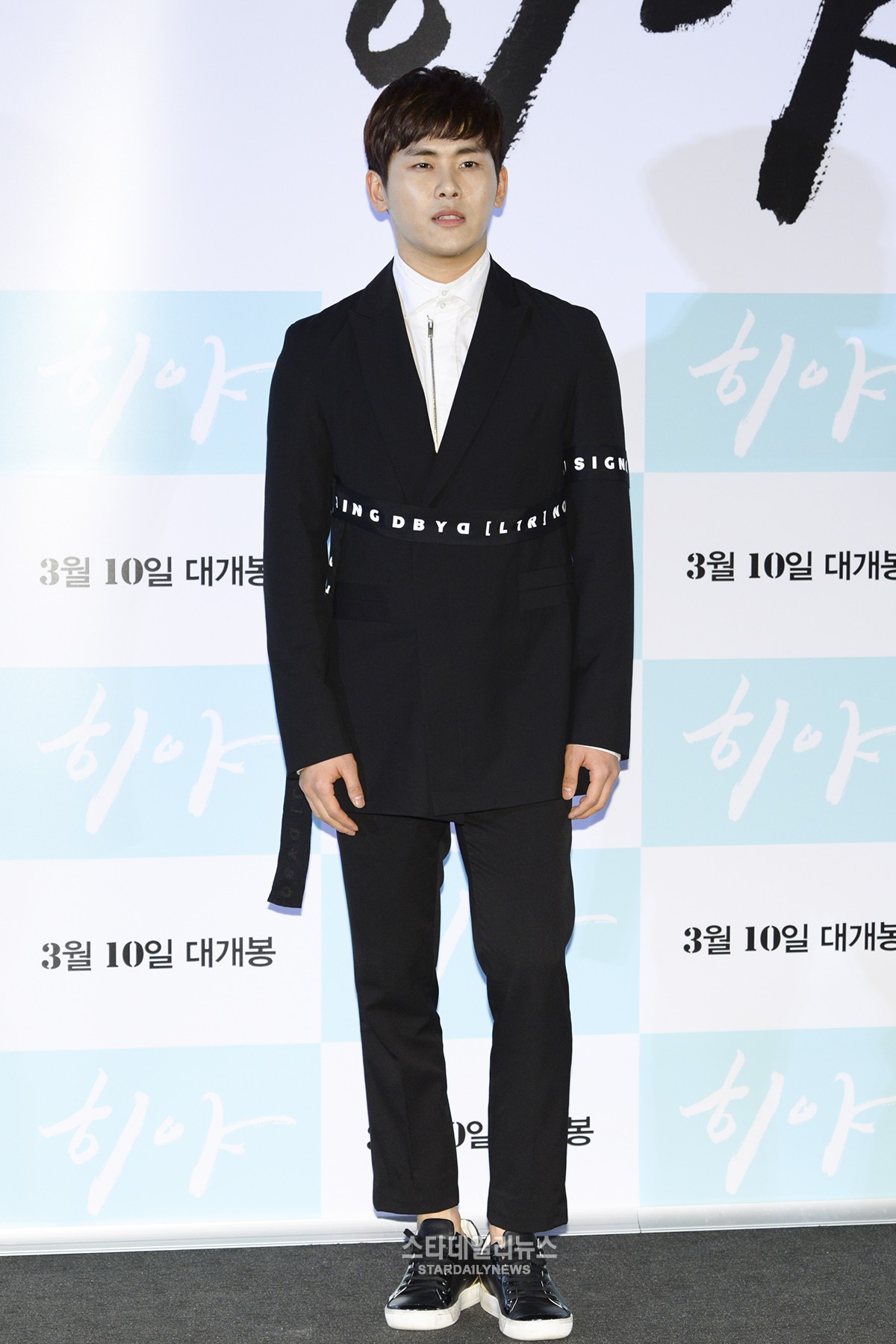 At the March 4 press conference for the upcoming film “Hiya,” INFINITE’s Hoya revealed that he almost didn’t debut because of the poor condition of his vocal cords.

When asked if there were any similarities between himself and his character, Hoya replied, “Jinho also wanted to become a singer, but he had to overcome many adversities. His brother is suspected of murder, and because he’s deaf in one ear, singing and rapping is difficult for him.”

He continued, “As for me, I went to the emergency room when I was young because my bronchial tubes were in such bad shape. I thought I’d recovered, but I had an examination of my vocal cords right before I debuted, and the doctor advised me to quit.”

Hoya finished by saying that even though he struggled with a difficult situation, because he worked hard like his character, he was able to become a singer. “I think of Jinho as my friend, since we had so many similarities.”

“Hiya” is a film about two brothers, who have a strained relationship due to Jinsang’s past, working past their differences and learning to respect one another. The film will hit theatres in Korea on March 10. If you haven’t already, you can watch the trailer below.

Star Daily News
Hiya
Hoya
INFINITE
How does this article make you feel?