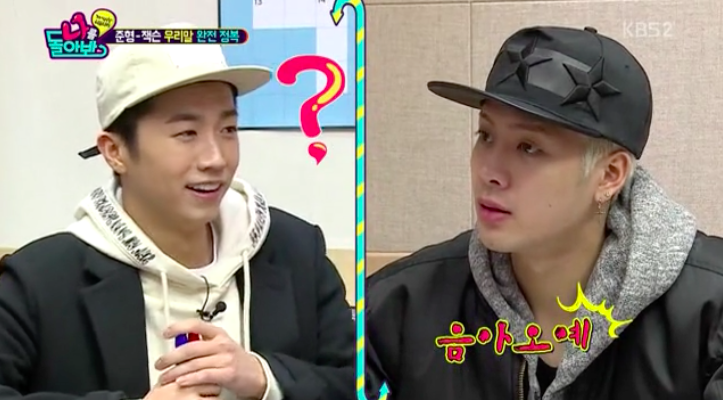 On March 5’s episode of “A Look At Myself,” 2PM member Wooyoung does his best to improve the Korean skills of GOT7’s Jackson and Park Joon Hyung of g.o.d.

Wooyoung first quizzes both of them by asking them to name the four-character phrase that can be used to describe a reply that is completely unconnected to a question. Jackson first writes down the Korean name of the group TVXQ, which starts with the same character as the phrase.

Wooyoung gives them the hint that the phrase starts with that character, and Jackson confidently says the Korean name of TVXQ. Wooyoung just lets out a sigh. 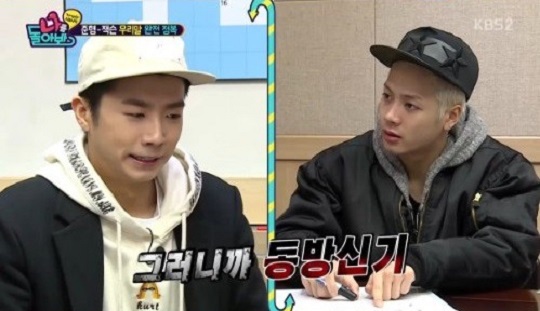 Later on, Wooyoung asks them to come up with the word used to describe speech or actions that are ambiguous or vague. He helps them out by saying, “It’s in the title of a song by the hot group MAMAMOO!” 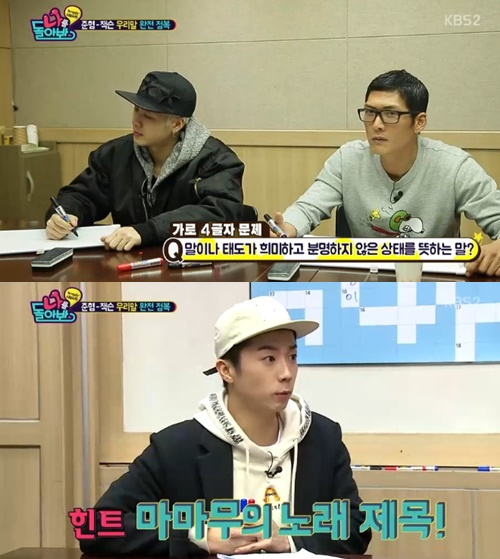 “What did you say?!” asks Wooyoung. Jackson just keeps repeating “Um Ah Oh Yeh,” which is his slightly off version of the MAMAMOO song title “Um Oh Ah Yeh.” He then tries to sing it for Wooyoung, who has no idea what he’s saying.

Wooyoung then plays MAMAMOO’s song “Mr. Ambiguous” for his two students, but they’re not able to understand what the members are singing. Eventually, after a lot of guessing, Jackson is able to come up with the word! 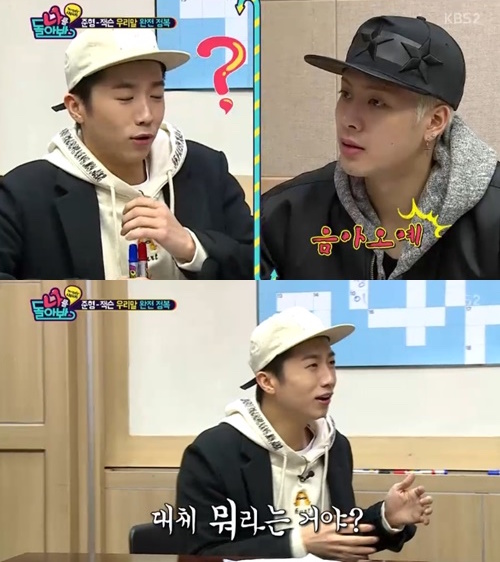 Watch more of their Korean class in March 5’s episode of “A Look At Myself.”

GOT7
Jackson
A Look at Myself
2PM
Park Joon Hyung
Wooyoung
g.o.d
How does this article make you feel?