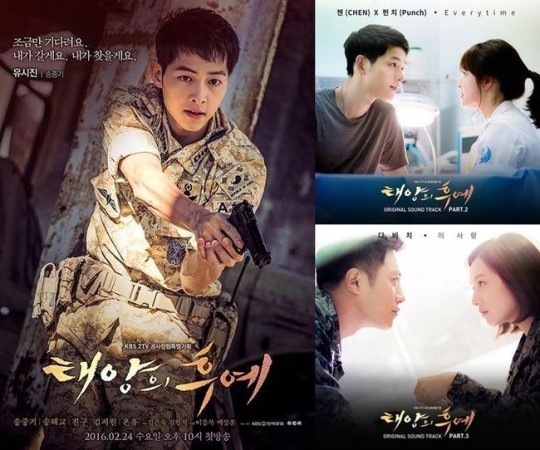 The official soundtrack of KBS2’s hit drama “Descendants of the Sun” is doing exceptionally well on online music charts.

Released on March 3, “This Love” by Davichi is currently occupying the No.1 spot on all eight major charts. As of March 3 at 7 a.m. KST, it ranks first on Melon, Genie, Naver Music, Mnet, Bugs, Soribada, Olleh Music, and Monkey 3.

Which OST release is your favorite?

Descendants of the Sun
Davichi
Yoon Mirae
How does this article make you feel?