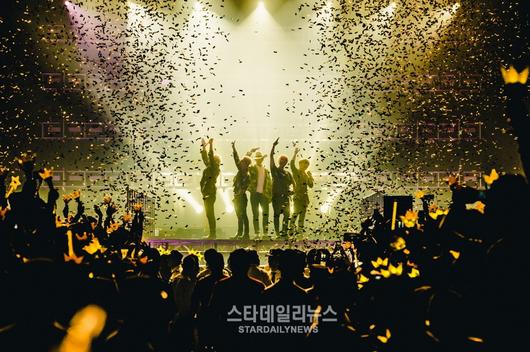 BIGBANG‘s “MADE” world tour draws to a close on March 6 with a final concert in Seoul at Olympic Park.

The group has been performing in the sold-out venue for the past two days from March 4-5, drawing civilian and celebrity fans alike, and tonight marks the finale.

BIGBANG kicked off their world tour in April of last year and has since hit up a total of 13 countries and 32 cities including China, Philippines, Japan, United States, Canada, Mexico, and Australia. The tour has drawn in total approximately 1.5 million fans.

You can catch the live stream of their final concert, which will take place at 6 p.m. on March 6 KST, on Naver V App.

Congratulations to BIGBANG on another successful world tour!