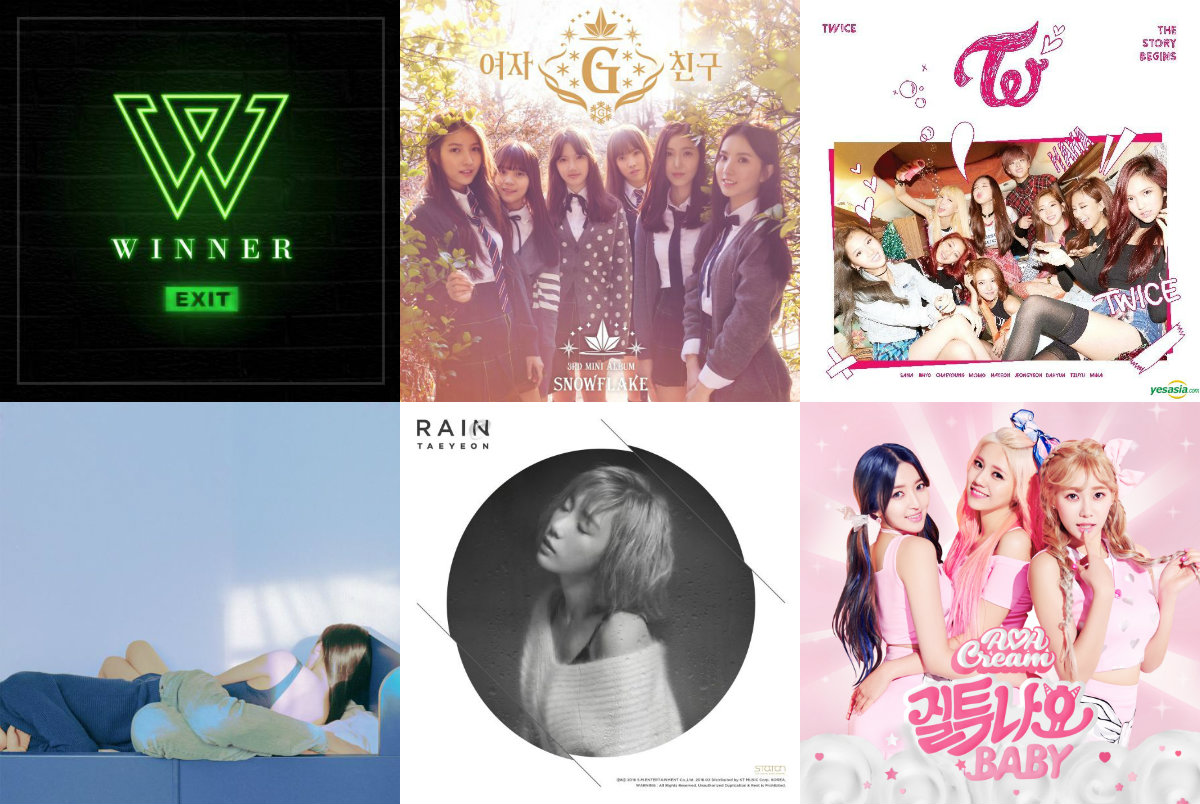 Even though the rest of the competition is catching up, GFRIEND’s “Rough” remains on top of our chart for the fourth straight week. This song picked up another three music show wins on Inkigayo, Music Bank, and Show Champion last week. In total, “Rough” has accumulated 15 music show wins, the kind of achievement even the biggest names in Kpop is jealous of. Congratulations again to GFRIEND.

The top three songs remain the same this week. Taeyeon’s “Rain” is closing the gap to the top but has to settle for second place again. WINNER’s “Sentimental” won on M!Countdown last week but also holding steady on our chart at No. 3.

There is only one new song in the top 10 this week. Moving up 12 spots to No. 7 is AOA Cream’s “I’m Jelly BABY.” This is the third sub-unit from AOA, consists of Yuna, Hyejeong, and Chanmi. We’ve seen the rock band style AOA Black, and the sexy dance style AOA White before. AOA Cream’s concept has a cute concept similar to Orange Caramel, the sub-unit from After School. Their first single “I’m Jelly BABY” is written by Black Eyed Victory, who also wrote TWICE’s “Like OOH-AHH” and many of miss A’s hit songs in the past. It has trendy melody and repetitive lyrics about a girl who is jealous when her boyfriend is looking at another girl.