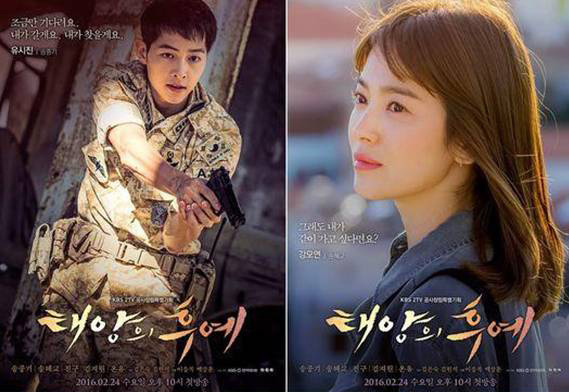 The Staggering Production Cost of “Descendants of the Sun” Revealed

When it comes down to crunch time, the higher the budget, the better quality the end result will be. That’s why it comes as no surprise that KBS’s “Descendants of the Sun” – which has seen great success despite only being two weeks into the series – cost a staggering 13 billion won (approximately $10.8 million) to produce.

Set in the fictional war-torn country of Urk, the majority of the drama’s hefty budget went to creating the setting. As the entire drama was pre-produced and filmed before broadcast, the entire cast and crew spent a month filming in Greece, where producers used 65 percent of the budget creating an open-world set. The remaining scenes that could not be shot in Greece were filmed in Taebaek, Gangwon Province.

Approximately 2 billion won (about $1.7 million) was spent on the art budget, much of which was dedicated towards post-filming CG effects. One production crewmember said, “I can’t say concretely how much was spent on CG effects. We invested a lot of the budget into creating the exotic location, [among other things].”

The drama was calculated to cost around 800 million won (approximately $668,000) per episode, far exceeding the average budget for dramas of similar length, which runs about 350 million won (about $292,000).

*A previous version of the article incorrectly stated that the original budget for the drama was 800 million won. It has been updated to accurately reflect that the 800 million won estimate is per episode.