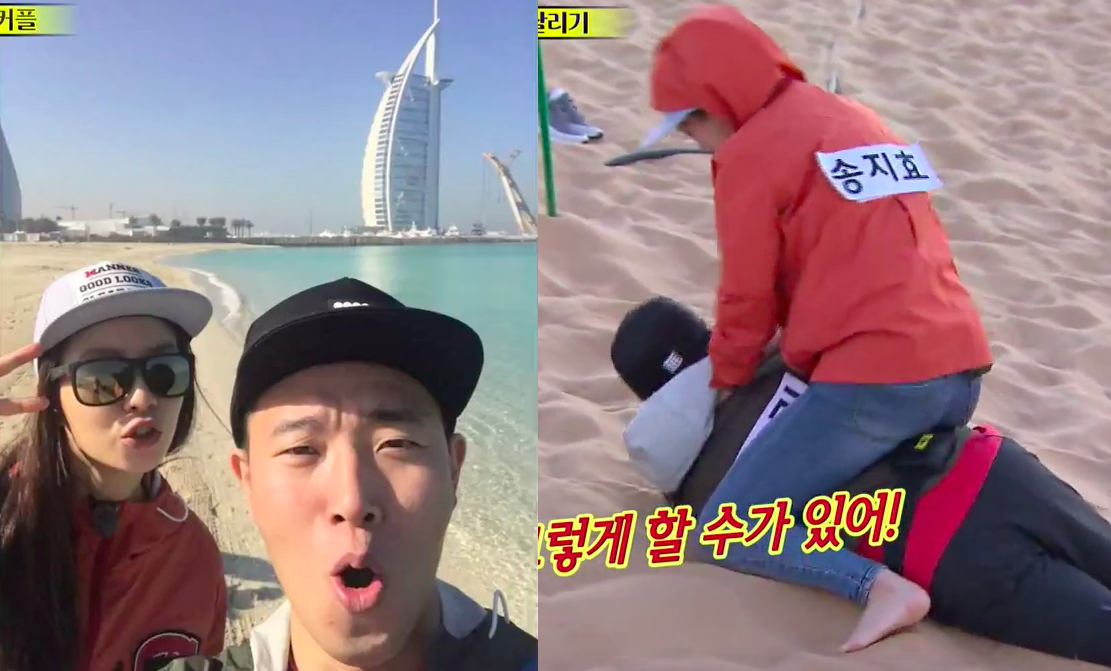 In the latest episode of “Running Man,” the “Monday Couple” Gary and Song Ji Hyo experience both highs and lows in their relationship!

While on their trip to Dubai for the show’s spcial episode, the pair have a great time together admiring the beautiful sand and surf of Jumeirah Beach.

Song Ji Hyo picks a shell up from the sand and shows it to Gary. “Look at this!” she says. “Isn’t it pretty?” 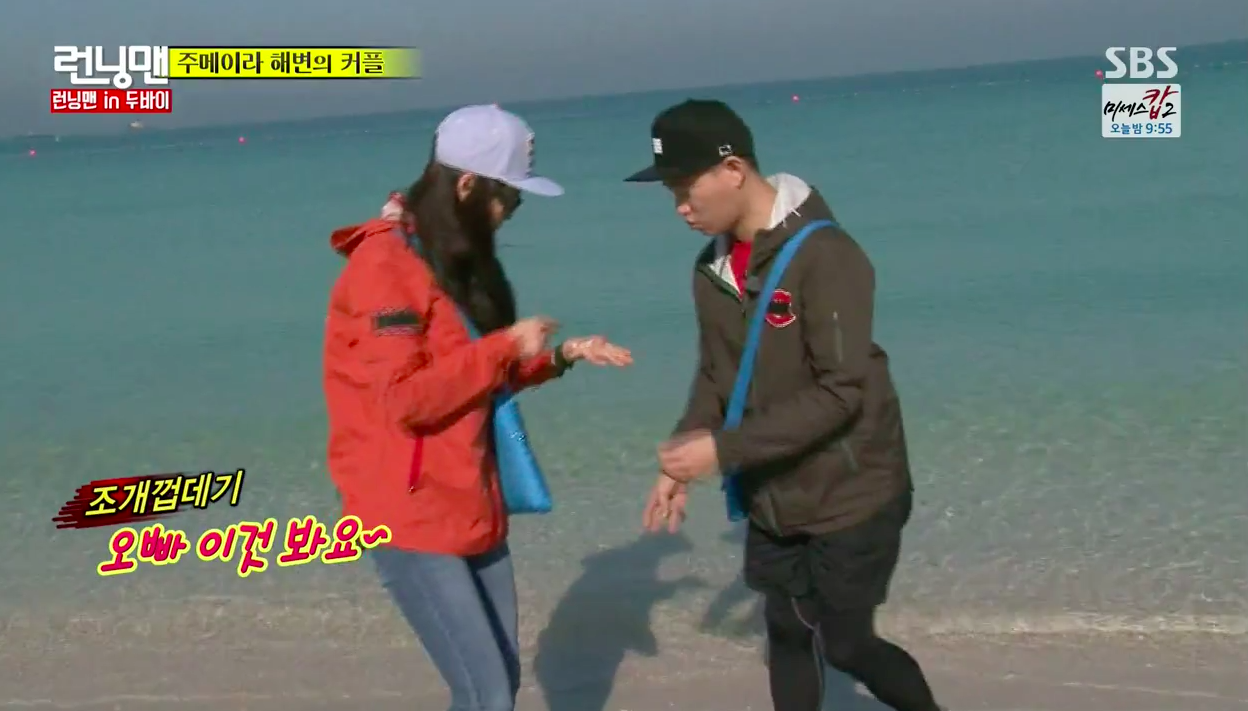 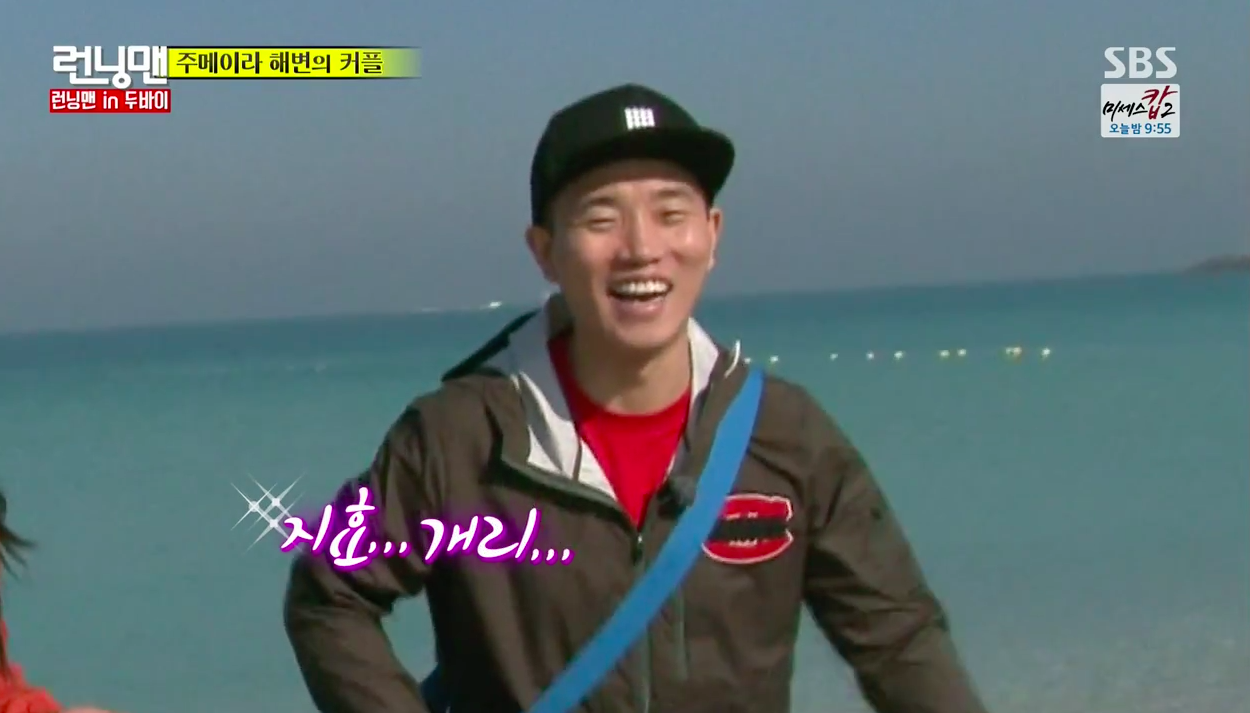 Although the two of them work well together as they try to complete their missions, they later have to go up against one another in a competition.

In a race in the sand between Gary, Song Ji Hyo, Yoo Jae Suk, and Haha, both Gary and Song Ji Hyo get ahead of their opponents because the others are restricted by the footwear they have to put on halfway through. 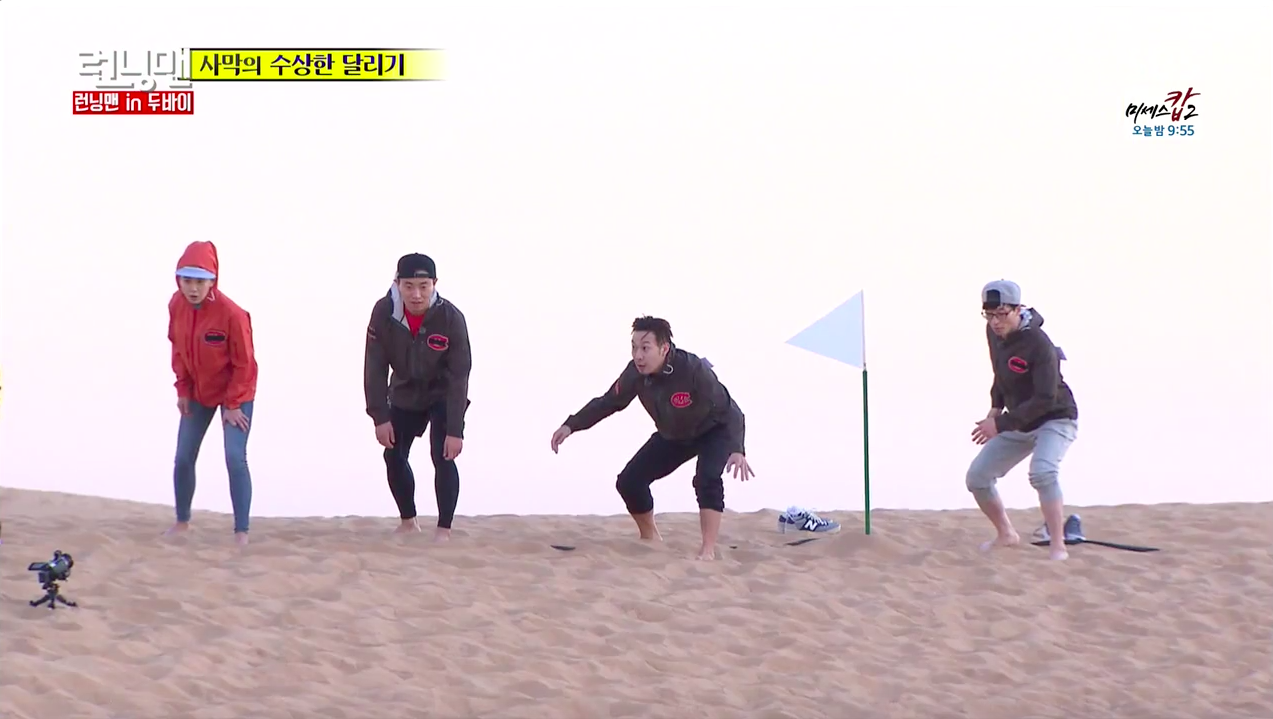 The pair sprints towards the flag at the finish line, and it looks like Song Ji Hyo has a slight lead. But to everyone’s surprise, Gary dives for the flag, grabbing it and leaving Song Ji Hyo with only the cloud of sand he’s left in his wake.

As Gary celebrates his victory, Song Ji Hyo yells in frustration after him. 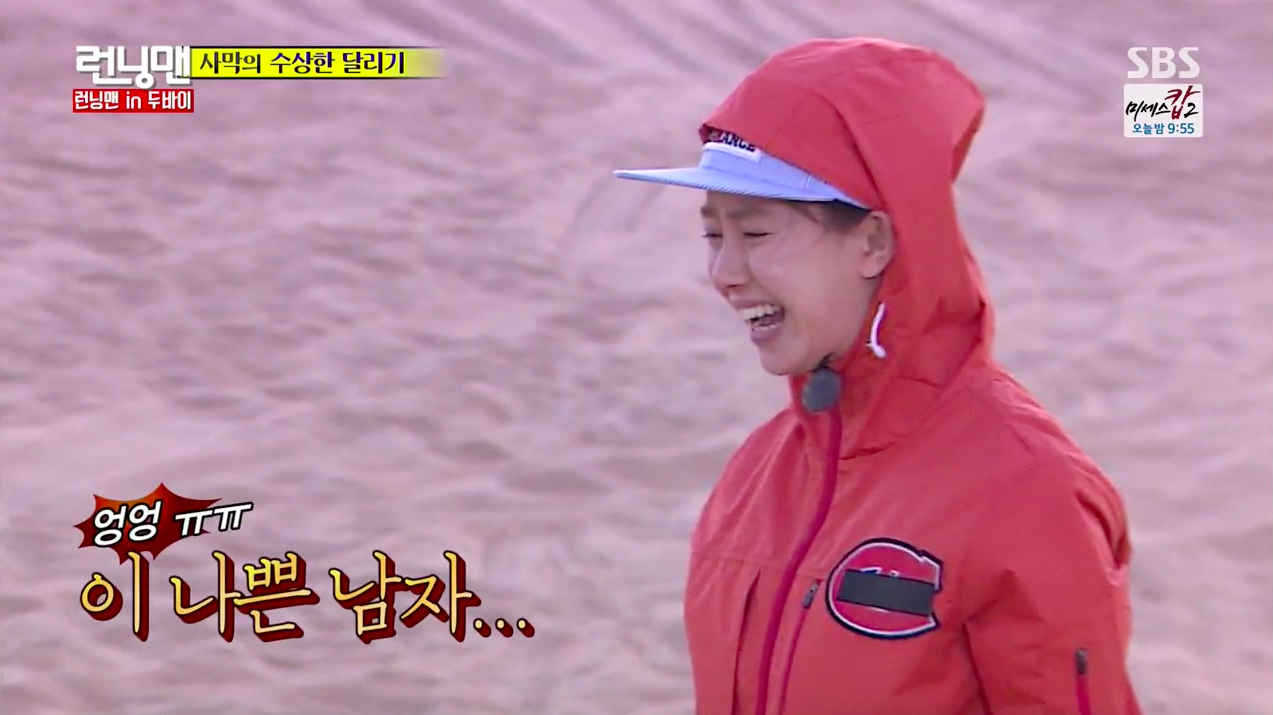 “Why did it have to be Song Ji Hyo!” says Gary, seeming apologetic. 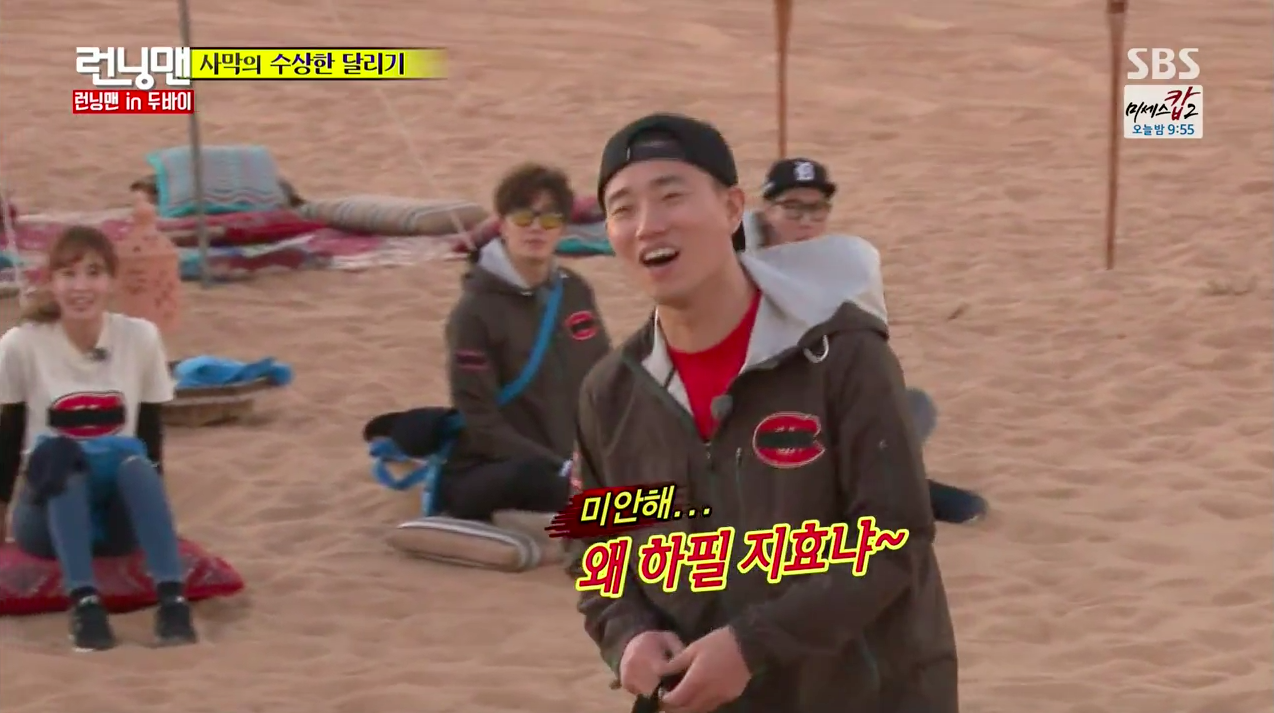 Song Ji Hyo wipes some sand off her face, and then grabs Gary and wrestles him to the ground as she yells at him. 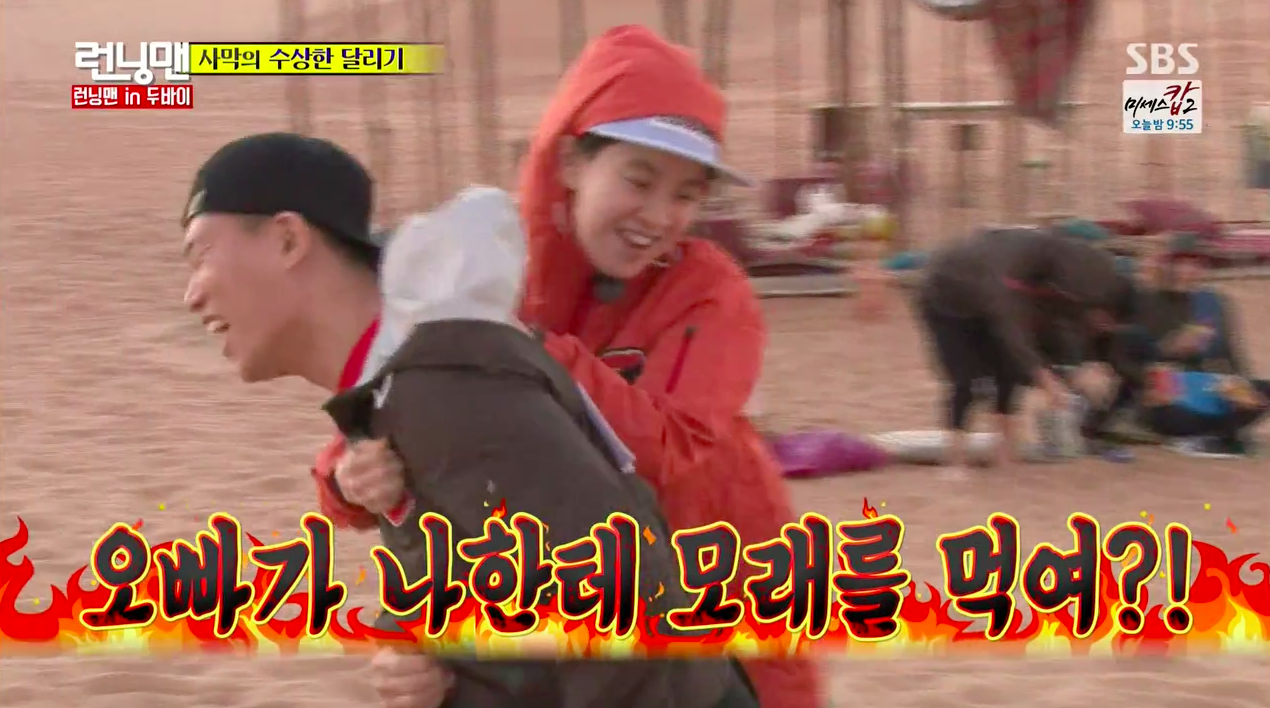