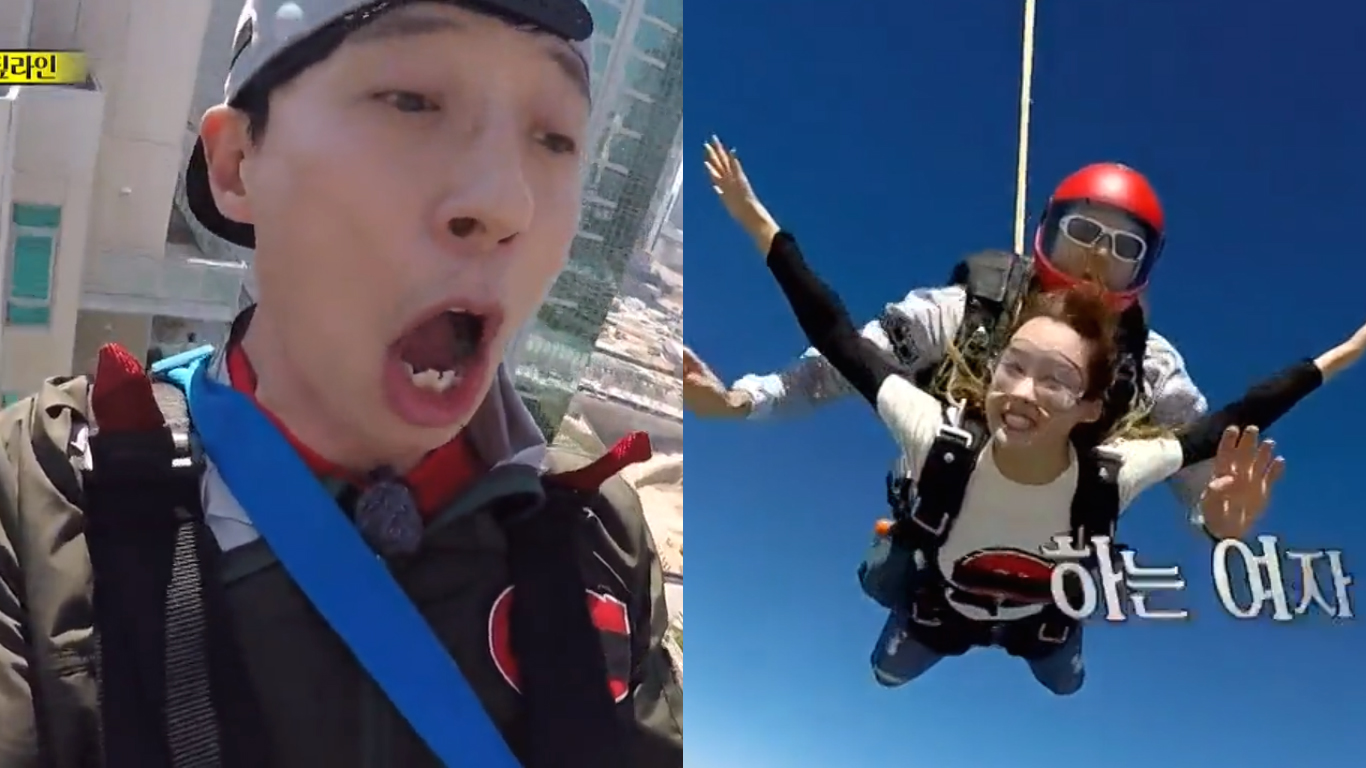 On March 6, SBS‘s “Running Man” aired a Dubai special, where the members and guests Lee Da Hae and Jung Il Woo completed missions that were vacation-related.

They have to receive 10 stamps in total from these missions in order to avoid being in the bottom four and receive a punishment in the desert.

Yoo Jae Suk and Ji Suk Jin attempt the zip line, which is 28 stories high, and 600 meters long, and worth four stamps. 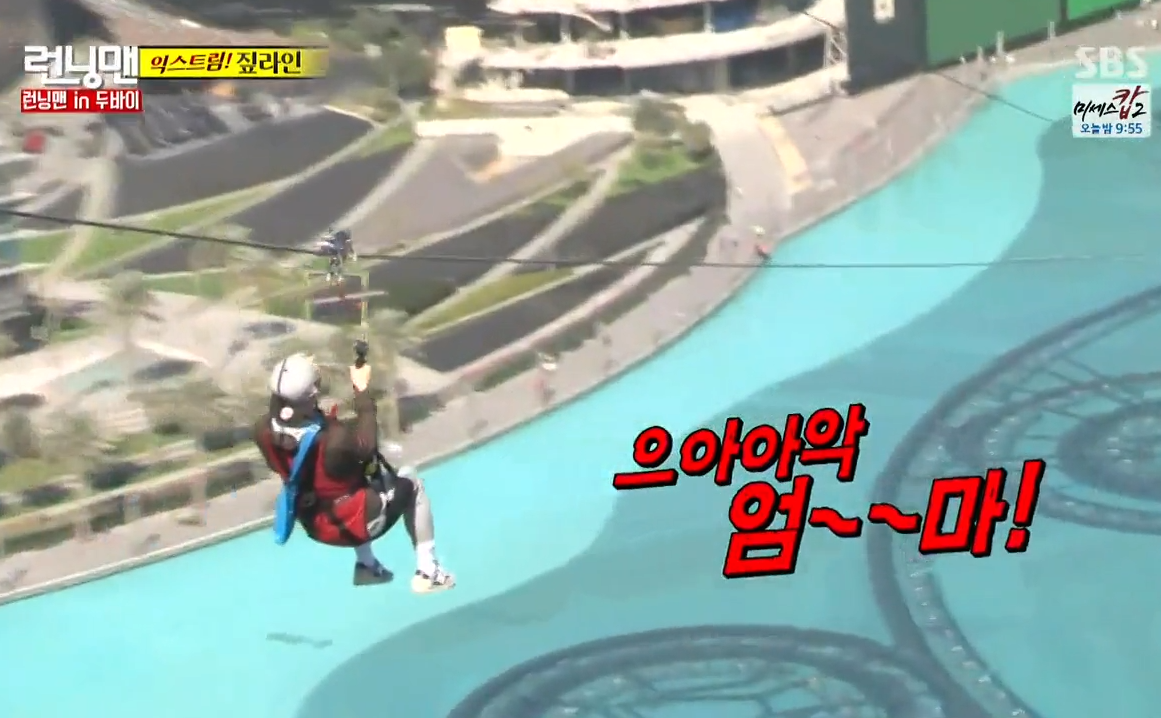 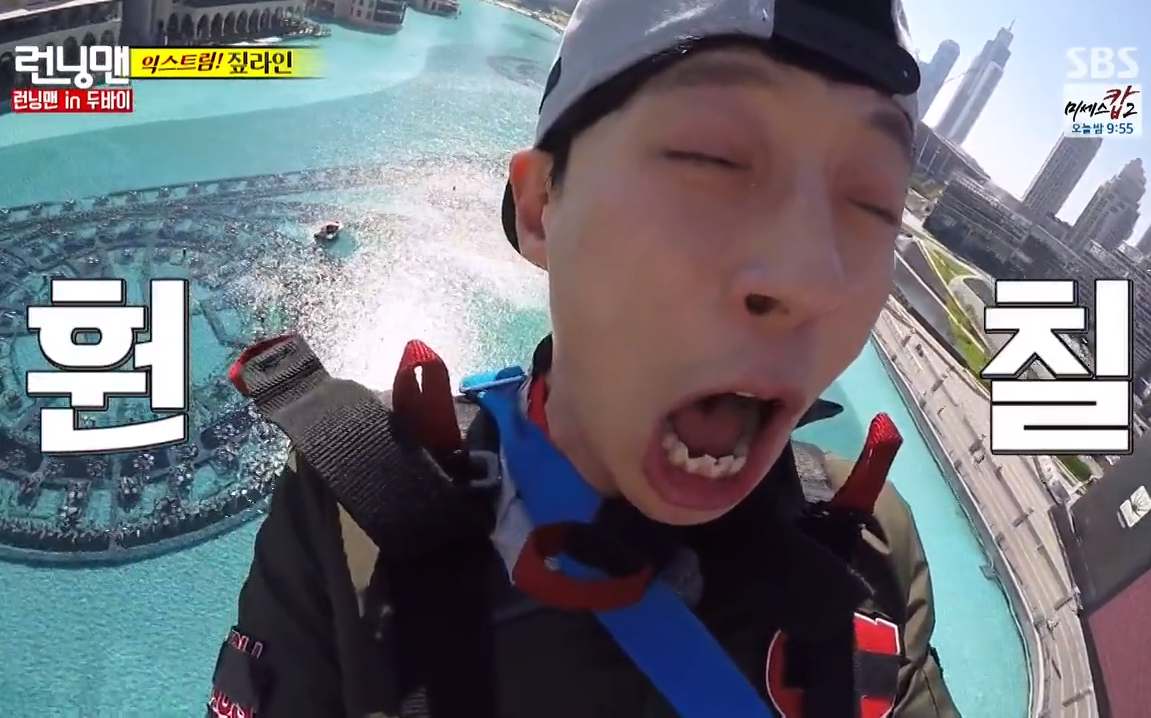 At first, Yoo Jae Suk, full of hubris, brags, “I’m someone who could even skydive.” However, once he’s actually at the starting line with his equipment on, his face is frozen with fear.

Still, despite Ji Suk Jin saying, “Jae Suk ah, let’s not do this,” Yoo Jae Suk bravely decides to ride the zip line instead. Even though he yells the whole time that he’s sorry to his mom, he truly wins the fight against his own fear of heights, and manages completes the mission.

Watch his mission below!

At the same time, Lee Da Hae, Jung Il Woo, and Kim Jong Kook decide to challenge skydiving, which is worth 10 stamps. The problem is that Lee Da Hae misunderstands and believes that she is about to bungee jump rather than skydive. 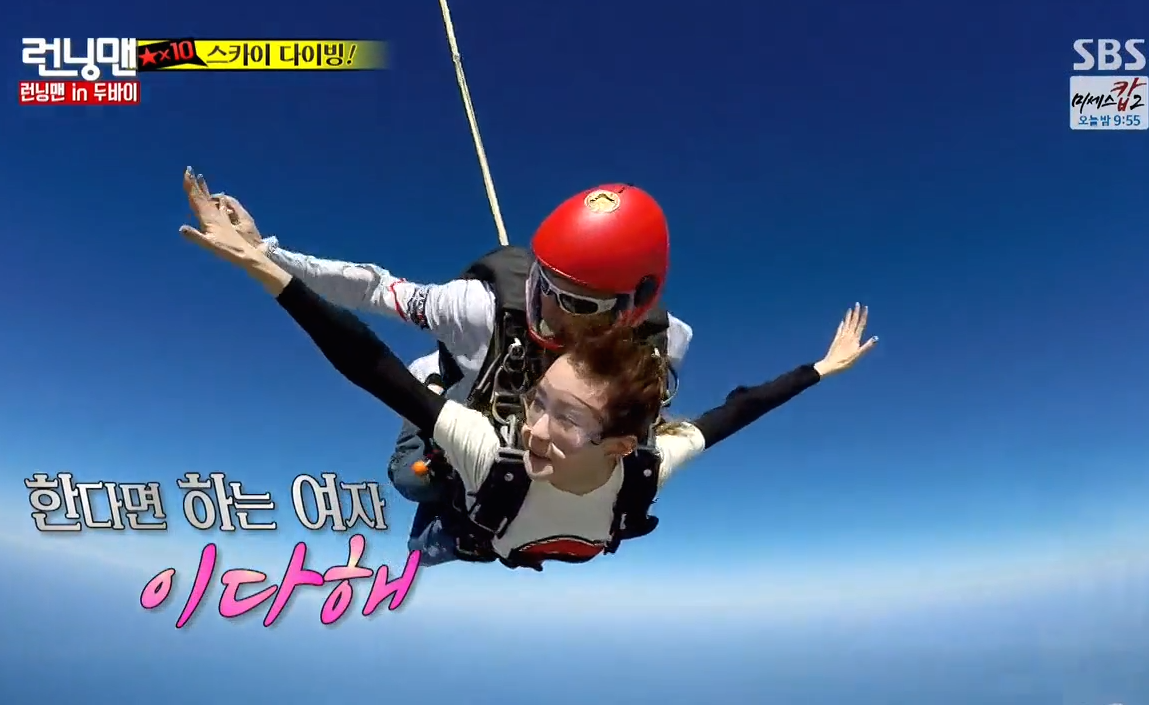 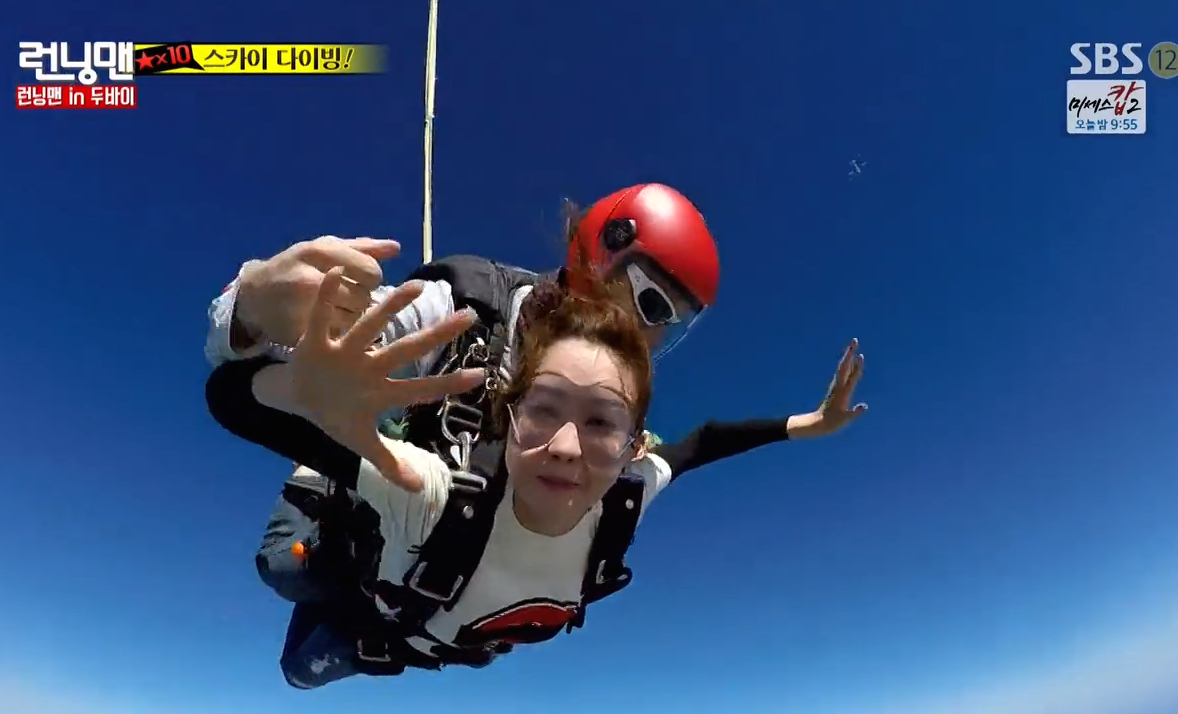 Even after finding out the truth, and saying, “I’m so scared, I’m going insane. I’m having a mental breakdown,” she refuses to give up. Lee Da Hae shows a strong resolve, and explains, “If I’ve made my choice, I should go. Why should I change my mind?”

All three end up succeeding in skydiving, soaring through Dubai’s blue skies. Once they land, they can’t help but express their excitement. Lee Da Hae also adds, “It’s really fun. I would do it again.”

By completing this mission, they avoid the desert punishment and instead receive hotel vouchers.

In the end, Gary and Song Ji Hyo also manage to receive the hotel vouchers after completing a running mission. Unfortunately, Lee Kwang Soo, Haha, Yoo Jae Suk, and Ji Suk Jin end up receiving the desert punishment. Yoo Jae Suk especially expresses his sadness at receiving the punishment even though he went on the zip line.