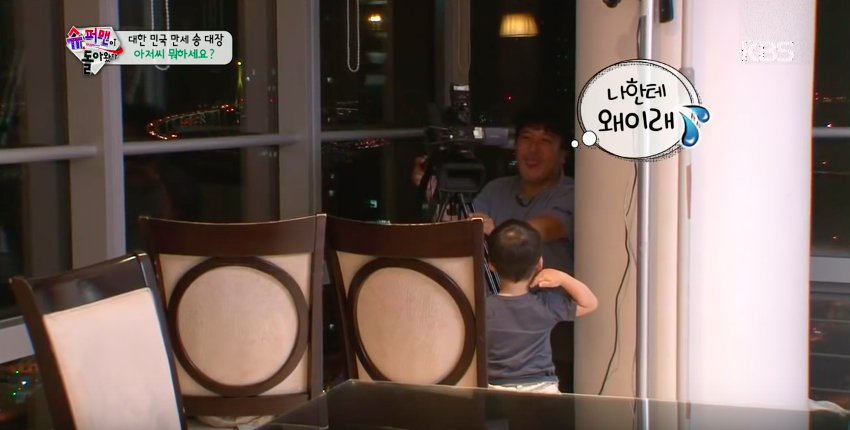 Nicknamed the “dinosaur uncles” by the Song triplets, the VJs (video jockeys, or cameramen) responsible for filming “The Return of Superman” recently shared what their 48-hour work shifts look like behind-the-scenes.

One team of VJs can consist up to five people. The cameramen follow the children on their various escapades, and film footage of them both awake and sleeping. 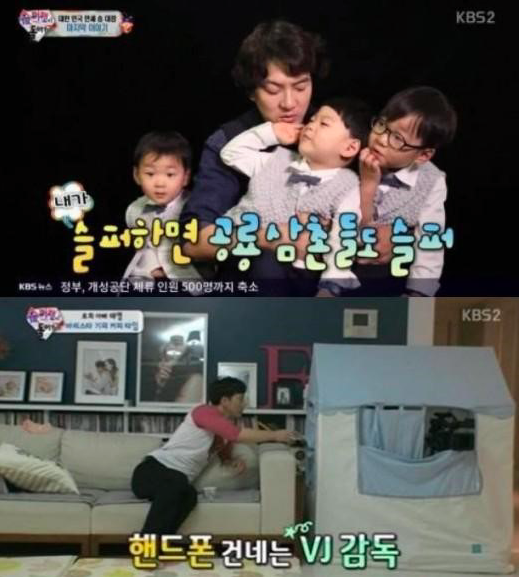 Kang Bong Gyu, a PD (producer) on the show, was asked if they really filmed for 48 hours straight. “During the early stages of the program, we’d leave the cameras on when we slept. But the only place we can film for 48 hours straight is the house. When we do outdoor filming, we’re careful not to bother people too much. We try to arrange spaces that only the families we’re filming will be in.”

The VJs spend much of the day in cramped tents so the children aren’t distracted by strangers in their home and leave unmanned cameras on at night. They often get off work at dawn.

“We sometimes worry that there isn’t anything more to show,” the PD said. “Finding something new is the production staff’s responsibility. We have to keep trying new things. I believe that even if it seems like there aren’t any new things, if we look, we will find them.”

Watch the latest episode of “The Return of Superman,” brought to you by the hardworking production staff, below: