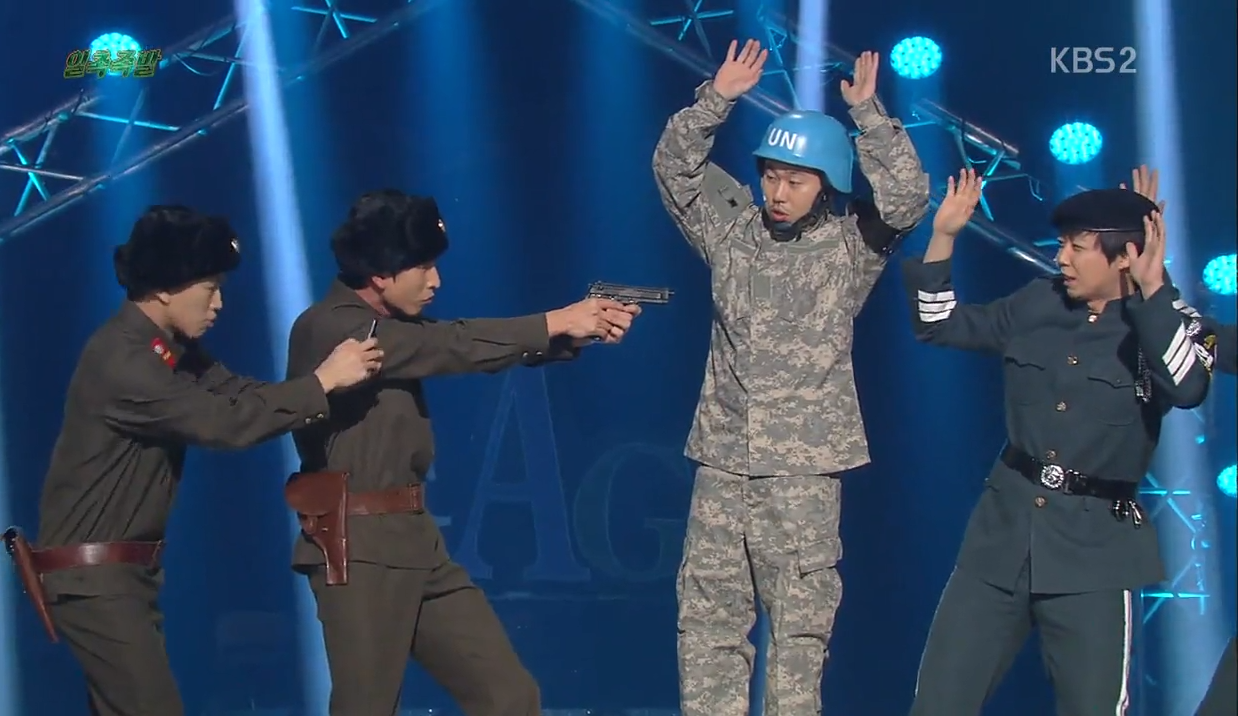 During the March 6 broadcast of KBS 2TV‘s “Gag Concert,” the drama “Descendants of the Sun,” is used as a beginning punchline in the corner, “Explosive Situation.”

On this particular day, Yang Sang Gook suddenly takes a picture of Kim Ki Yeol, who’s dressed as a soldier, and acts like he uploads the picture onto social media with the hashtags, “‘Descendants of the Sun’ in reality? No Song Joong Ki.”

Kim Ki Yeol then retorts, “Who are you to be criticizing my looks? Especially when you look like an eel yourself,” making the audience burst out into laughter.

Song Joong Ki
Descendants of the Sun
Gag Concert
How does this article make you feel?