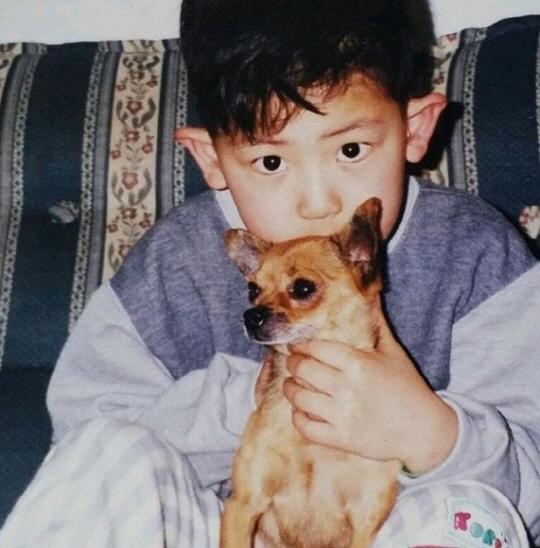 On March 7, EXO‘s Chanyeol posted on his Instagram a personal baby photo, and writes, “That piercing gaze #Hi Jay #Are you doing well #Let’s meet again later, way later,” and seems to be addressing the puppy he poses with.

In the photo, Chanyeol’s prominent features, such as his large and clear eyes, defined nose, and soft face, appear to be the exact same as now. Of course, his pointed ears are just as adorable back then as well.