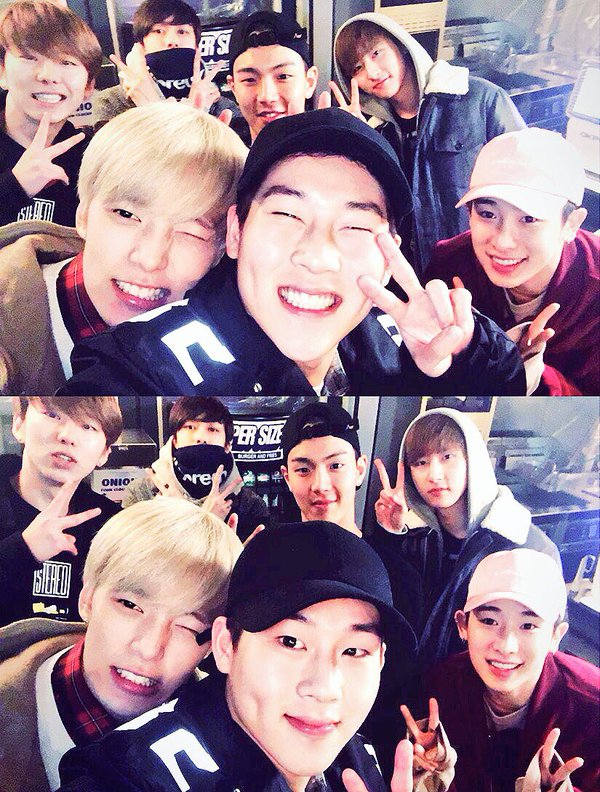 Rookie boy group MONSTA X is celebrating their past 300 days together with fans since their debut!

On March 7 at 11:24 p.m. KST, member Jooheon posted to the group’s official Twitter page with two photos of the seven-member group in which the guys smile happily together for the camera.

He writes as the caption, “MONSTA X united!! It was fun! Let’s meet again!” He adds as hashtags the group’s fan club name “Monbebe” and “Tomorrow is our three hundredth day.”

MONSTA X debuted on May 14, 2015 with their mini album “Trespass.” They most recently released their second mini album entitled “Rush” in September of 2015.

Congrats on 300 days together so far, MONSTA X!