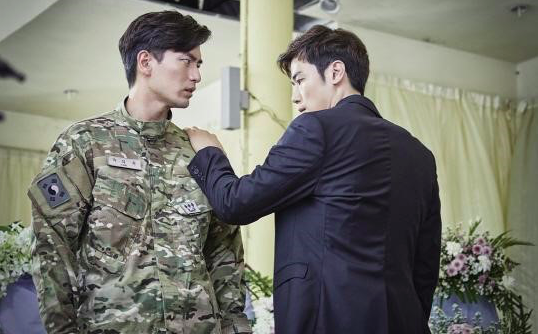 MBC’s upcoming mini-series “Goodbye Mr. Black” has released some new stills in anticipation of the drama.

The drama will tell the story of a man who devotes his life to revenge after losing everything to a friend’s betrayal. Lee Jin Wook will be playing the vengeful soldier, “Black” Cha Ji Won, while Kim Kang Woo will be playing the betrayer, Min Sun Jae. 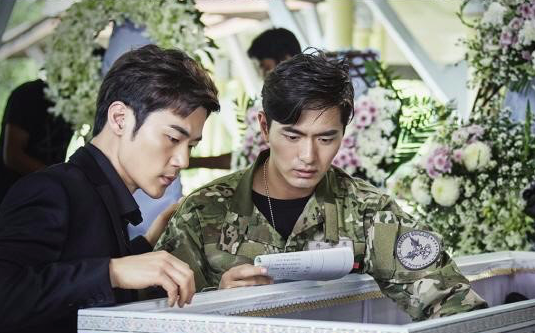 In the stills, the two actors have a face-off at what appears to be a funeral or some other formal event. The two of them stare intensely at each other while Kim Kang Woo places a firm hand on Lee Jin Wook’s shoulder. In another still cut, the two actors study the script together in order to put on their best performance.

“You can look forward to the tension between them,” the production staff said. “Cha Ji Won and Min Sun Jae have been through everything together, from loyalty to betrayal to revenge. It will be a different type of chemistry than usual.”

Based on a manhwa (Korean comic) of the same name, the drama will air its first episode on March 16 following the end of “One More Happy Ending.” The rest of the cast includes Moon Chae Won, Song Jae Rim, and Yoo In Young.