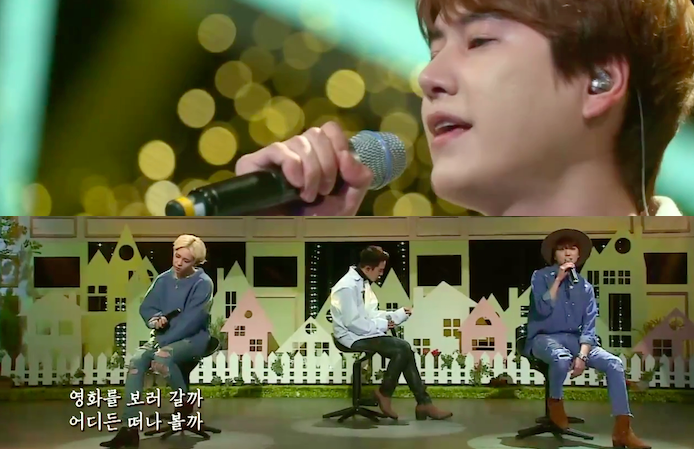 As the performer for Yoo Hee Yeol’s team in this episode, Kyuhyun sings a beautiful version of Han Kyung Il’s ballad “I’ve Loved Just One Person.”

On “Sugar Man,” the winner is determined each week through the results of votes from four sections of the audience, divided by age groups. Voters in their 30s and 40s both choose WINNER and Yoo Jae Suk’s team with 13 votes to Kyuhyun and Yoo Hee Yeol’s team’s 12.

This week’s win is the fourth victory in a row for Yoo Hee Yeol.

Which performance would you vote for?