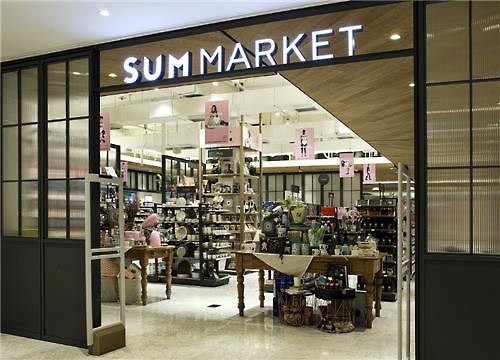 On March 8, Shinsegae Group reveals that within five days of opening, the average sales of the With Me convenience store at the SM Entertainment company building are two and a half more than normal convenience stores’ sales, setting a new record. The average amount an individual customer spends at this store is also five times more than the average of other stores’ customers.

This particular store is physically inside the SUM Market that is in the first floor basement of the SM Entertainment office building, which takes up 250 meters squared. SUM Market is a place that sells various SM idol goods, such as t-shirts, bromides, and photos.

On March 3, E-marts and With Me stores began selling 14 items, such as “EXO jjajangmyun (black bean noodles),” “Super Junior Habanero Ramen,” “TVXQ Truffle Rose Chocolate,” “Girls’ Generation Popcorn,” and “SHINee Soda.” They are all released under a brand named PL, which is joint owned by E-mart and SM.

75 percent of the sales at the With Me in SUM Market come from these collaboration items. About 85 percent of the visitors to the SUM market were foreign tourists who come to buy convenience store ‘fan goods’ of their favorite hallyu stars, such as jjajangmyun, ramen, or soda. Even at regular E-marts, 16,000 items were sold during these five days. A representative reveals that through the collaboration with SM Entertainment, the sales of PL products have increased 340 percent.

At the time of this article, the most sold item is “Red Velvet Daily Sparkling Grapefruit” drink, with about 25,500 drinks sold over five days. It sold four or five times more than other carbonated drinks. On the other hand, the item that brought in the most money was the “EXO Stir Fry Jjajangmyun,” package, which contains five individual servings.

Which items would you buy?

SUM Market
SM Entertainment
How does this article make you feel?