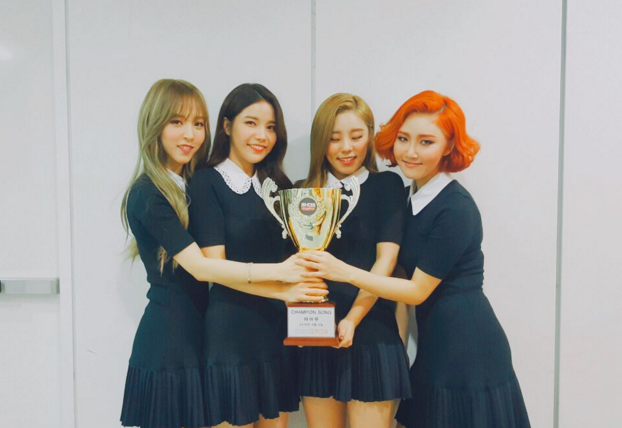 MAMAMOO takes home another trophy for their latest chart-topper “You’re The Best”!

On the March 9 broadcast of weekly music show “Show Champion,” MAMAMOO was crowned this week’s winner with “You’re The Best.” Other big names up for No.1 were WINNER, AOA‘s Jimin, SHINee‘s Taemin, and Taeyeon.

This marks MAMAMOO’s second music show trophy since their first win on last week’s “Inkigayo.” The girls thanked their family members, agency, and fans for all the support. After the live show, they thanked fans once more via Twitter and posed for photos with their shiny new trophy.