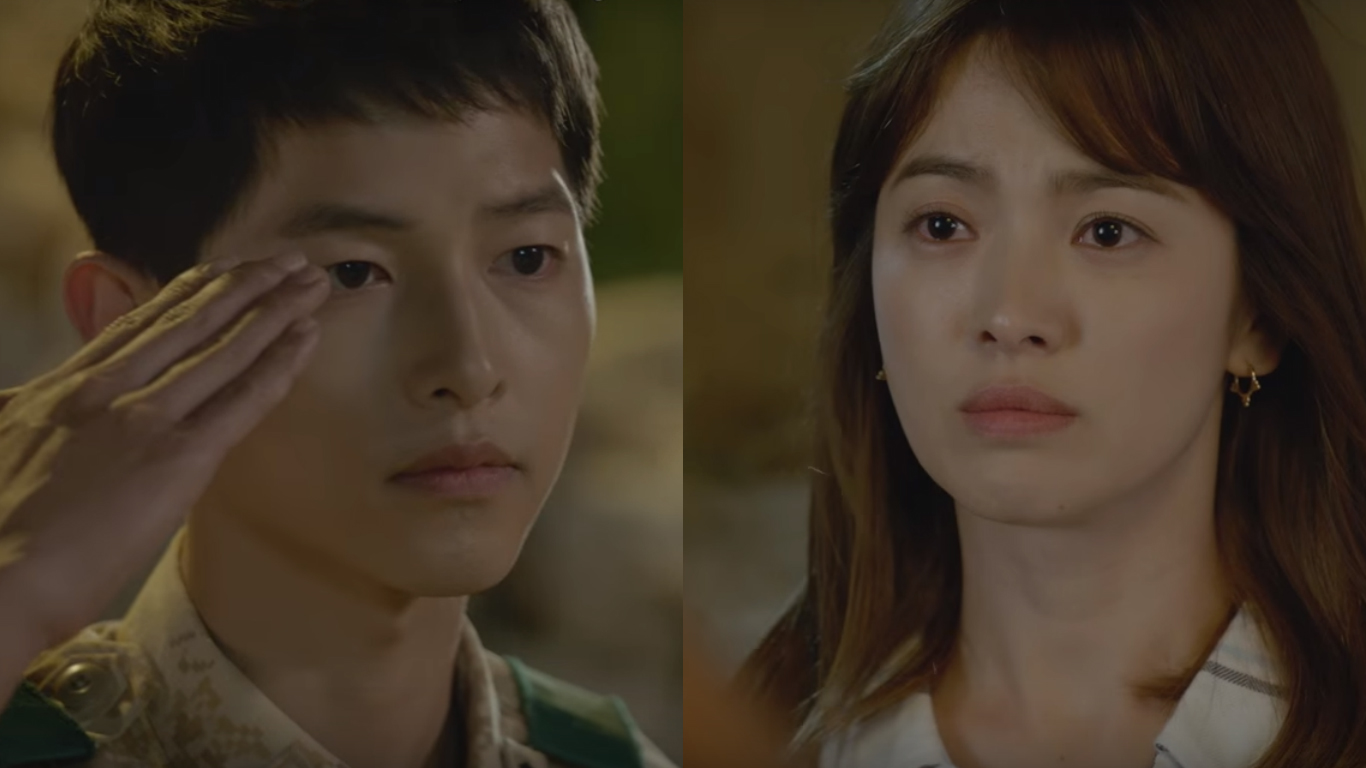 According to Nielsen Korea, the fifth episode of KBS2’s Wednesday-Thursday drama, “Descendants of the Sun,” that aired on March 9, brought in a 27.4 percent viewer rating across Korea. In Seoul, specifically, it has already managed to pass 30 percent in just five episodes, bringing in a 31.2 percent viewer rating.

It breaks its own record again, as this is 3.3 percent higher than the previous episode’s viewer rating, which was 24.1 percent.

Out of all the Wednesday-Thursday dramas, it brings in the highest viewer ratings, with SBS’s “Please Come Back, Mister” at 5.2 percent, and MBC’s “One More Happy Ending” at 3.2 percent.

During episode five, the awkward conversation following Yoo Si Jin (Song Joong Ki) and Kang Mo Yeon’s (Song Hye Kyo) kiss was aired. Another heart-racing moment of the episode was when Yoo Si Jin rescues Kang Mo Yeon when her car is dangling off the side of a cliff, by actually forcing the car to fall into the ocean. At the very end of the episode, the famous scene from the original trailer finally aired, when Yoo Si Jin asks Kang Mo Yeon about the “wine kiss,” and says “Should I apologize, or confess?”

Written by Kim Eun Sook, and directed by Lee Eung Bok and Baek Sang Ho, “Descendants of the Sun” is a human melodrama that tells the story of soldiers and doctors deployed to Uruk (fictional country), and manage to find love and solidarity in the midst of an extreme situation.